So what if I’m obsessed with fictional characters? (Opinion) 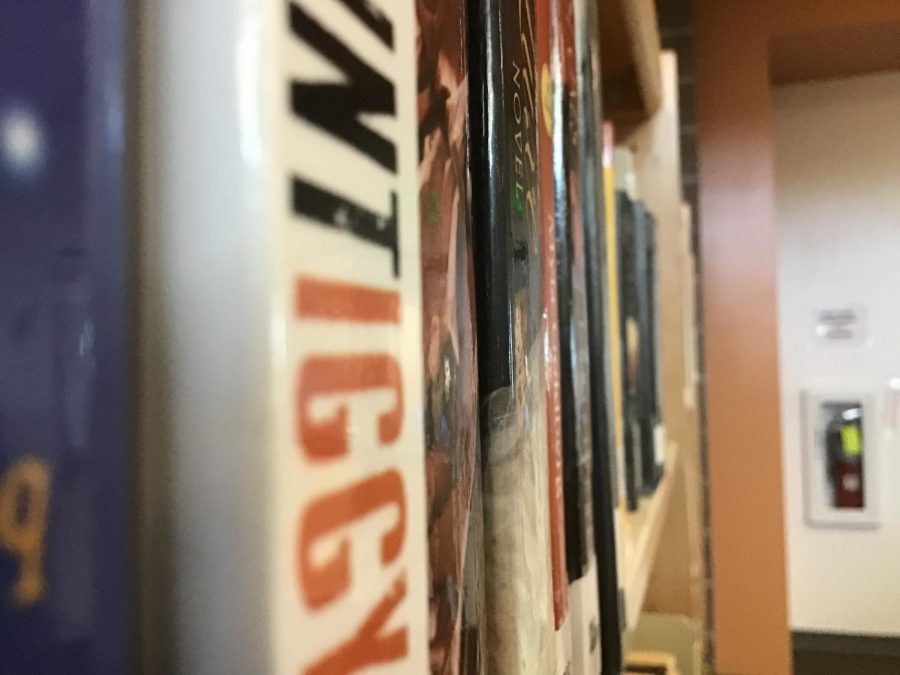 It's perfectly okay to fall in love with fictional characters.

You can call me crazy. It wouldn’t be the first time. It probably won’t be the last. But I promise that I am not crazy.

So what if I develop small — more minuscule, really — attachments to fictional characters? That doesn’t make me crazy.

I’m sure that at one point in your life, you, too, have fallen for a fictional character from a TV show or a movie. Maybe you have continued watching a TV show solely for one specific character that you have grown to care about. Or maybe you are just in love with an actor because you have watched their films, and you just think that you’re perfect for them even though it’s super unrealistic to think you’ll spend the rest of your life with them.

It really is not that crazy, I swear. Nor is it a problem, I promise.

The first fictional character that I remember reading about and becoming attached to was Perseus “Percy” Jackson from Rick Riordan’s Percy Jackson and the Olympians series. I read the series in fifth grade and pretty much fell in love with the narrator, Percy, because he was so sassy and sarcastic as well as strong and talented, but he didn’t let it get to his head.

I was being really badly bullied at the time that I had immersed myself into Percy’s world, and I thought Percy was so funny. Percy and his friends made me feel better because even though they were fictional, they were always there when I opened up one of the books, and I could drown out the rest of the world and join these characters on their adventures. I was bullied more as I read more and developed relationships of sorts with the fictional characters.

It probably doesn’t make much sense, so let me try to make it sound less crazy. You know how when you get close enough to a person that you can carry out conversations in your head, and you can see them and their mannerisms and when they speak in your mind? You can hear their voice say the words even if they have never used the diction or syntax you made up for them? It’s kind of like that.

I had spent so much time reading the books that I could create a mental image of the world, and I learned enough about the type of people these characters were that I could essentially carry out conversations with them in my head as a daydream. Yeah, it is a little weird, but I took this world that I enjoyed reading about immensely and created a safe space for me to go when I needed to. It was kind of like a source of strength for me.

Percy Jackson and his friends were not the only characters I got attached to. There are more than I would like to admit because I tend to find pieces of myself in different characters from all different kinds of books, and my heart just grabs onto them and won’t let go.

The attachments towards fictional characters that I usually have are not because I am romantically interested in them — though some characters have greatly raised my standards for a partner. Most of the attachments are because they remind me of myself or someone I care about, and I can create connections with my life.

I tend to use fictional characters to help me find motivation to keep going because if this 15-year-old can save the entire human race from demons, then surely I can push through a horrible day. Right? That’s the logic I use, anyway.

Maybe that is weird, you can judge me all you want, but the world can be an awful place, and sometimes you just need to escape to a fictional place and avoid all your problems to survive. It is a form of escapism, getting invested in the lives of fictional characters, and everyone needs a little escapism in their life. That is why people also watch TV or play video games.

I am fully aware that fictional characters are not real —  that’s what fiction means. I know that I will never be able to meet them for lunch or coffee and have actual conversations with them. However, as a reader, I get to learn about who they are by reading their stories and their thoughts, and I can choose to reread their stories over and over. I get to know about who the characters are because I am essentially inside their head and reading their thoughts and learning how they think about the world around them.