Disney skipped the theatres and released a new remake of Mulan on Disney+, but was it worth it? 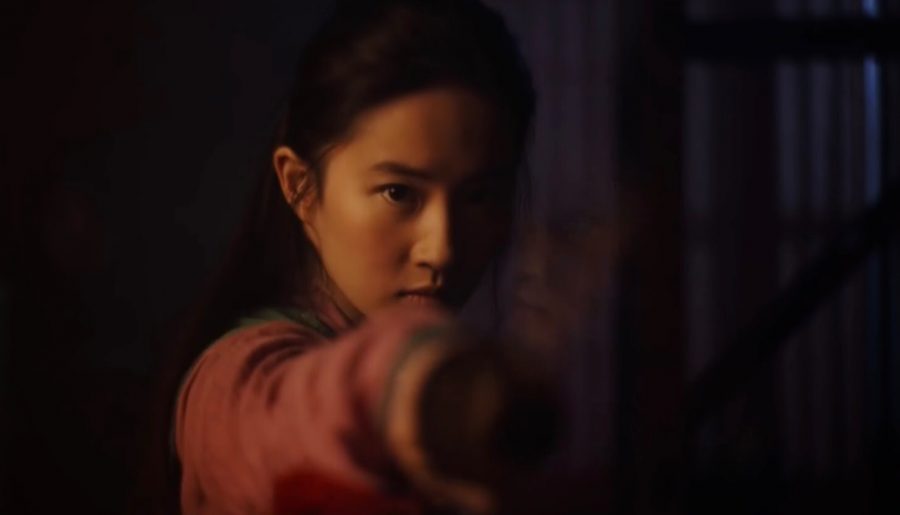 I remember the anticipation I felt leading up to finally watching Disney’s Mulan remake. Like many, I had slightly mixed emotions about the movie and the changes that were made to the plot. There were definitely some parts from the original movie that I missed, but the overall film was exciting and enjoyable to watch.

The movie took a little skip past theaters and instead premiered on Disney’s own streaming platform Disney+. Starting on September 4, 2020, Mulan was available to Disney+ members with an additional cost of $29.99. It was then available to the platform’s members without the extra cost on December 9, 2020. For me, I thought this whole concept was a little ridiculous. Spectators on Disney+ already pay a fee to enjoy the streaming service. Why would they want to charge these people almost $30 to watch one movie?

Mulan didn’t make money in actual U.S. theaters; unfortunately, Disney relied on it to make up for the company’s $5 billion loss. The project used $200 million to recreate this amazing story. However, it only made $70 million in the box office. That being said, Disney was able to make $10.9 million overseas, with $6.5 million in China. Ultimately, this amount would definitely be a disappointment for Disney.

The chi moments and fighting scenes were greatly choreographed, with no choppy or sloppy moves. The chi was especially gracefully laid out by Liu Yifei, who played Hua Mulan. She played the role well, displaying courage through her status as a warrior. The fight scenes weren’t overdone. They also weren’t extremely gory to the point where it takes away from the hard work put into the thrill of the fighting, which I appreciated. Though I have heard people express how they wished there were a few more action fight scenes, I feel that the amount of work put into the (actually many) fight scenes shined through and, in my opinion, led to a film that didn’t require any additional ones.

The live action Mulan showed more of the training than the animated version from the 90’s. I found this very interesting, and it added to the authentic feel of the film. This story line also contributed to the character development of not just Mulan, but her friends as well. Mulan and her friends had many laughs and moments of devotion to one another. They were not clumped together as background characters; they were unique individuals that many viewers grew to love as the film progressed.

The one piece of the live action version that made me a little disappointed was that some of the original music from the 1998 animated version was not present, such as “I’ll Make a Man Out of You” and others. Some songs, such as “Reflection”, did make an appearance within the background music during important events. The overall composition of music was beautifully laid out, but it was really unfortunate that they cut out many of the original soundtracks.

Though Mushu the dragon and Cri-Kee the lucky cricket from the original movie were missed in the remake, they were replaced by a beautiful phoenix and a dynamic witch played by Gong Li. These new characters were able to contribute to the overall story. While the Phoenix was working to guide Mulan on her journey, the witch was on her own journey to become a noble warrior of chi.

Overall, Disney’s new Mulan remake is encouraging and inspiring. Anyone can do amazing things and isn’t limited by other people’s expectations as long as they are loyal, brave, and true. This movie has many missed elements, but it also has brand new scenes, interesting twists, and characters that viewers are guaranteed to love. Overall, despite some of the things cut out from the original, the new additions still make the movie a great watch.