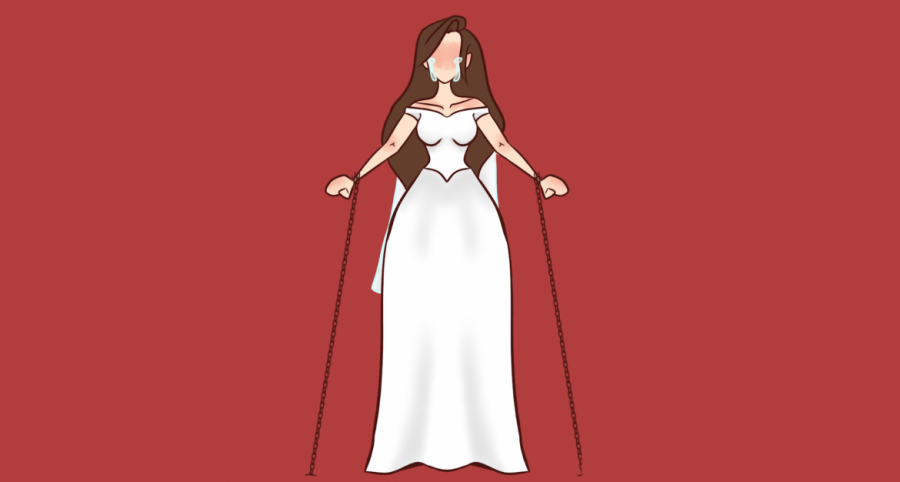 A woman should not be higher than or at all set apart from other women because of her marriage or lack thereof.

The Mav Editorial Board

This is The Mav’s third editorial of the 2020-2021 school year. Editorials are articles written by a publication’s editors to express a shared opinion or discuss a topic the editors think needs more attention. These articles are meant to persuade readers and to promote critical thinking while sometimes encouraging people to take action.

The title of “Mrs” is seen today as a label of female marital status. But throughout the 19th and 20th centuries, this title did not have any marital connotations at all. Instead, it was an outward statement of power and hierarchy. If a woman governed slaves, servants, or apprentices, her social status was slightly below a man, “Mr”, who also governed lower class individuals. Comparatively, if a woman had the title of “Miss”, it immediately implied that the woman had very little or moderate wealth, very little or moderate power, or, depending on her age, worked as an illegal prostitute.

This may not be true in the modern era; however, unfortunately, many of the negative connotations that come along with female titles are still in the foundation of our society today.

We all remember that awkward time in elementary school when we were talking to an adult and didn’t know if we should say “Miss” or “Mrs”. We frantically look for clues to make this determination: are they wearing a ring on their left hand? Do they have photos of them and their significant other nearby? These are questions we should not have to ask ourselves.

When people are being forced to guess or ask whether a woman is currently married or not as part of an early introduction, it is degrading to women as it assumes women have to be married. It tells women that their social status is defined by whether they have a spouse instead of their knowledge, beliefs, and personality traits. It implies that all women are defined by their relationship to a man, whether that be her father (Miss) or her husband (Mrs).

Are women nothing more than their marital status or who they “belong” to?

In addition to the implication of women being nothing more than property, there are inherent issues with using this title in an educational setting, specifically with young children. If a child is taught to look for clues or even blatantly ask a woman whether she’s married or not after first meeting her, children grow up believing that the value and status of women comes from that very title — that the association with her name must be her primary purpose in society.

Though we often view the 21st century as a time where social issues are being addressed significantly more than they were centuries ago, that isn’t necessarily true. Modern recognition of women’s rights is still not where it should be as evidenced by the degrading labels attached to women’s names.

A woman should not be higher than or at all set apart from other women because of her marriage or lack thereof. It’s the 21st century after all. If we truly want to look at gender equality from a social standpoint, a good place to start is changing the way we view and talk down to women. Equality starts with what we say and what we believe.

Women should not be separated from one another by something as small as marriage. They need to stand together as one group of people. Judgement and separation never make any group of individuals stronger.

Though many were brought up being taught it’s acceptable to address women by these labels and don’t necessarily attach it with their personal opinion about the woman, it is still degrading, offensive, and even discriminatory. Whether we mean to do this or not, we need to recognize that our words have power, even seemingly innocuous ones.

Men are not asked their marital status upon first meeting them. Why should women be?

Men are not grouped by whether or not they have a spouse. Why should women be?

Men have the same title regardless of their marital status. Women should be afforded the same courtesy.