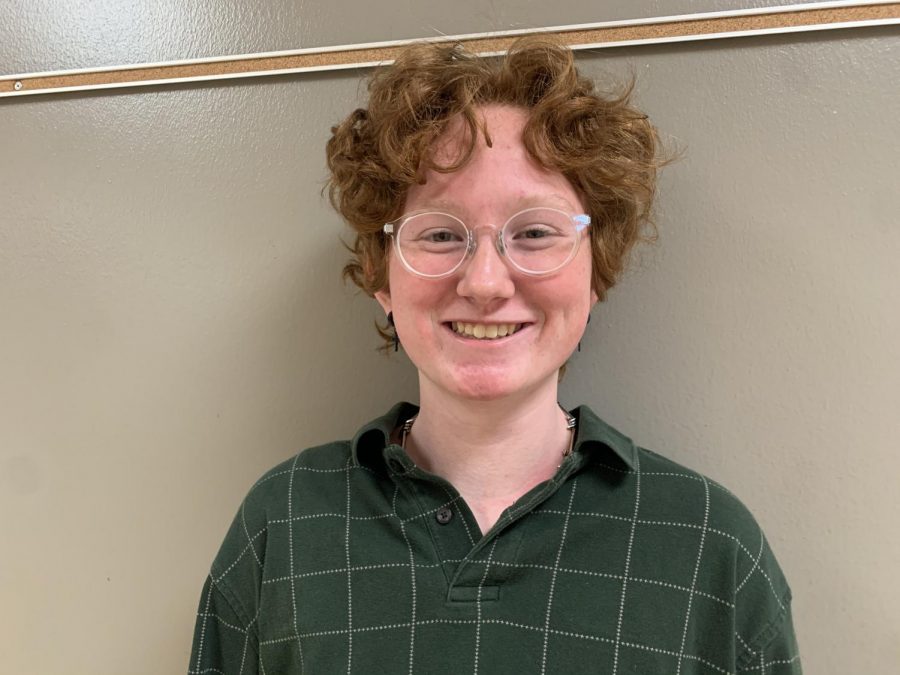 Miles Michell is a well-loved member of the Mead community. He stands out from the crowd.

Where are they going?: Miles Michell

It is The Mav's Senior Tradition to highlight our current seniors and discuss their future plans.

Senior Miles Michell (‘21) has put heaps of effort into his time attending Mead High School and plans on continuing his goals and education beyond graduation.

Michell has committed to attend the University of Northern Colorado (UNC) straight out of high school to study theology and philosophy. He hopes to pursue his Ph.D. to become a Philosophy and Theology professor, but he is “unsure if [he] will be able to receive [a Ph.D.] through UNC!”

Michell plans to attend UNC with the help of the “Bear Scholarship” from the school, which he earned through his GPA.

One of Michell’s favorite memories from high school was when he witnessed a fight at an assembly his sophomore year. A student threw a container of ranch at another student, and one of the teachers was punched, resulting in the students being dragged away.

Mean here represents independence and standing up for yourself.

“Don’t be a pushover,” says Michell. “It’ll be like that the rest of your life if you allow it.”

Throughout Michell’s time at MHS, he found that the most impactful teachers were Mr. Reynolds and Mrs. Hedlun. As far as classes go, Michell mentioned he doesn’t have a favorite one as of now.