Based on a member of the Exonerated Five, Punching the Air contains beautiful writing and hard truths

“You will read a line that is so good it makes you close your eyes and savor it before you can keep reading.” 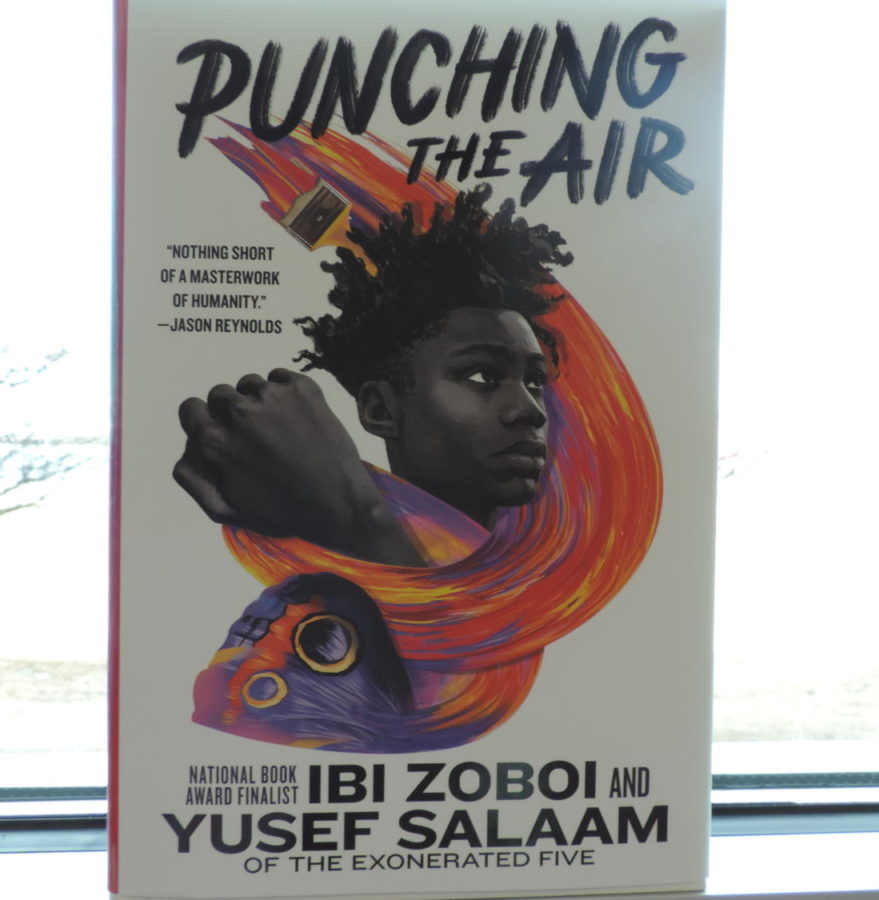 Punching the Air wasn't perfect, but you should still read it.

Reading Punching the Air by Ibi Zoboi and Yusuf Salaam was an intense experience.

Punching the Air follows Amal Shahid, who is convicted of a violent crime he didn’t commit at sixteen. An artist and poet at heart, Amal grapples with the intense pendulum of emotions and experiences that come with being in prison in the only way he can—through his art.

This novel not only addresses race and the criminal justice system but also familial relationships and how those in Amal’s life deal with his incarceration. Flashbacks of his mother’s struggle to make sure he stayed good in a difficult environment made his incarceration that much more heartbreaking.

Amal also struggles with the ideas of friendships, made in and outside of prison. For example, Zenobia and Amal. Even though they knew of each other outside, they don’t truly know each other till Amal is put in prison and they start exchanging letters. Contrastingly, Lucas, who was supposedly Amal’s best friend, abandons him in his time of need because of the accusations against him. Whether you can fault him or not is up for debate, but that’s the kind of discussion that Zoboi and Salaam invoke.

This novel is very well written. I personally love a good book in verse, and Zoboi really came through for me. Taking AP Lang and AP Lit has trained my brain to look for figurative language, but even without that skill, readers will pick up on the powerful imagery and repetition. You will read a line that is so good it makes you close your eyes and savor it before you can keep reading.

Salaam is also a member of the Exonerated Five, meaning this book is saturated with his experiences as a former wrongly convicted African American man himself. He was also a poet, and some of his work is featured in the novel.

Warning: Mild spoilers beyond this point.

However, it’s not a perfect home run for me. For one, I felt like it ended early. The final pages were beautiful, don’t get me wrong, but I wanted more. I wanted to know more about the experiences that came after being released—did Amal struggle? Did he lose opportunities, and how did he cope with that loss if so? None of my questions were answered, so I was left unsatisfied.

There was also so much happening in this novel that I needed more time to feel like I truly understood the struggle. The complexity of so many things happening at once gave the confused and frustrated impression it was meant to — because that’s how Amal feels in those moments too — but I had a hard time. I’m a Caucasian girl living in Mead, Colorado — I don’t grasp the life of an African American boy living in the city easily because it’s so different from my experience. For a starter book on the topic I feel Punching the Air is effective, but beyond that, you’re going to need to do some follow-up reads (I’m fond of Jason Reynolds myself).

I also feel like Zenobia was an unnecessary addition. I was confused about who she was to start, and then as the book continued, she felt more like a tool then a person. Great characters should be both. And honestly, she felt replaceable. I’ve had stronger feelings about particularly good chicken nuggets than Amal had for her.

Overall, I feel like this novel had valuable takeaways and some fantastic sections I’d read aloud to whoever would listen, but it fell a little short for me. I would give this book four out of five stars. Not a perfect rating, but 80 percent is still passing, and you should still read it.