Chaos Walking is a film with incredible visuals and CGI, but it failed to live up to my expectations

I think I hyped it up too much before watching; here's why 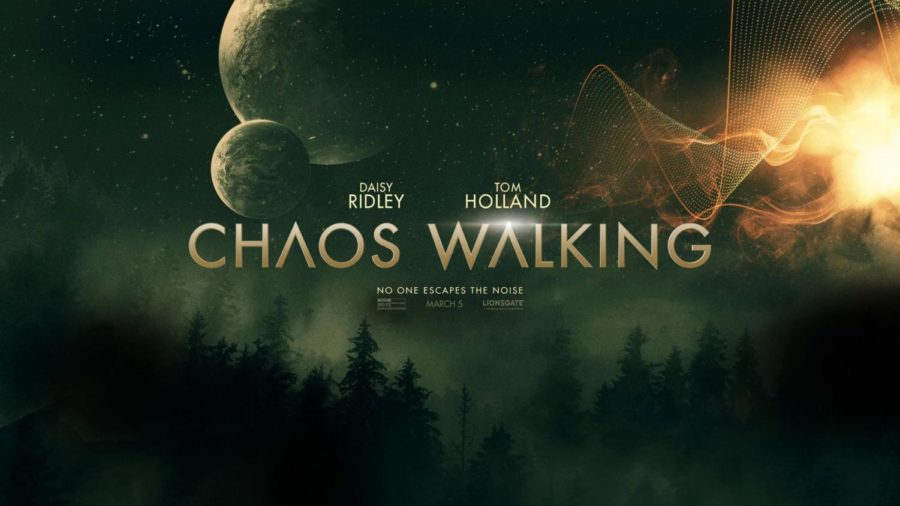 Chaos Walking is out in select movie theaters now.

Have you ever see a film that perfectly captures the phrase “quantity over quality”? Where one aspect takes up the spotlight and leaves the rest behind? That was this movie for me.

Chaos Walking is based on the trilogy series by Patrick Ness, and, while I haven’t read the books, I’m sure they’re written beautifully. The movie stars Todd Hewitt, a simple boy who works on his family farm and is usually accompanied by his dog, Manchee. His home looks and feels like earth, but it’s actually called New World and there’s a few major differences. To start, the planet has natives, they’re called The Spackle, and they’re talked about in a way that makes them seem like a big issue. However, they’re not really that important. Oh, and also every thought a person has is presented around them in loud, wispy projections called “Noise”.

The plot of the movie contains the fall of humanity on earth, and the desperate need to relocate to a planet similar. From what I could gather, there were two “waves” of people, the first being scouts, sent ahead to find a good planet, and the second being the migrants. Todd Hewitt was born on New World, and, as a young adult, experiences a crash landing from a spaceship sent by the Second Wave. From this crash, our second main character, Viola Eade, is introduced. She is the first girl Todd ever meets, aside from his mother who died when he was a baby. All the women in his town were wiped out. Did I mention that only the men in this story have Noise?

As I’m writing this, I’m having a hard time presenting all the details in a manner that makes sense while still following the plotline. Like I said, it was quantity over quality in this movie.

In any case, Viola, after being captured by Todd’s fellow townsmen, is interrogated by David Prentiss, the mayor, about the arrival of the Second Wave. She manages to escape and is assisted by Todd to reach another town called Farbranch, where she can hopefully contact her ship and leave New World.

That’s all I can say without spoiling the movie, though I will mention a few spoilers as I continue.

Initially, I watched Chaos Walking for Mads Mikkelson, who plays David Prentiss. He’s a favorite of mine, though I might be slightly biased because we share some Danish roots, and I enjoy seeing his work.

I had also seen the trailer and was blown away by the digital effects included.

Mikkelson did a fantastic job with his character, a solitary man with mysterious scars on his face and a crazy ability to control his Noise. He is able to manipulate those around him and likely forced his way into the position of mayor.

Tom Holland was cast as Todd, and I think he did a decent job. Holland always seems to be cast as slightly nervous boys who sweat a lot and can’t stop thinking about the other female main character he’s associated with. It makes sense, he fills that role almost perfectly.

Daisy Ridley plays Viola, a wicked feminist who is constantly able to outsmart the men trying to capture her. She’s a brilliant character and was definitely written better than anyone else in the movie.

Oh, and Nick Jonas is in it too. His name is Davy; he’s Prentiss’ son. That’s pretty much it about him, he doesn’t really do anything.

Earlier, I couldn’t say much about New World’s native species, The Spackle, well that’s because they’re also barely in the film. They also have Noise. In the trailer, it looked like they were the main antagonists, but they got less than five minutes of screen time, so I was definitely deceived there. It’s such a shame too, there was so much potential and I just got let down.

Frankly, there wasn’t much of a backstory in the way of characters, Viola and Todd’s parents are both dead, and that’s kind of the only trauma they have. Davy’s dad is a manipulative psychopath who killed all the women in his town because he got paranoid when he couldn’t tell what they were thinking due to a lack of Noise. Todd’s parent figures, Ben and Cillian, might have been gay lovers, but Cillian died too early for me to figure out. Aaron, an apparent preacher, has religious trauma and thinks of himself as a savior before being convinced he’s actually a sinner and is set on fire.

Also, Manchee, the dog, is drowned by Aaron in an attempt to save Todd and Viola.

The whole story is a mess.

When I found out there was a book series, I thought about reading it to maybe salvage my view, but now I think I’ll just be more disappointed in the movie if I do.

Although the film was amazing in terms of digital effects and costume design, it was disappointing in every other aspect.