After a viral movement for women to bark back at catcallers, students all over the country turn to barking as a new form of bullying, singling out LGBTQ+ students 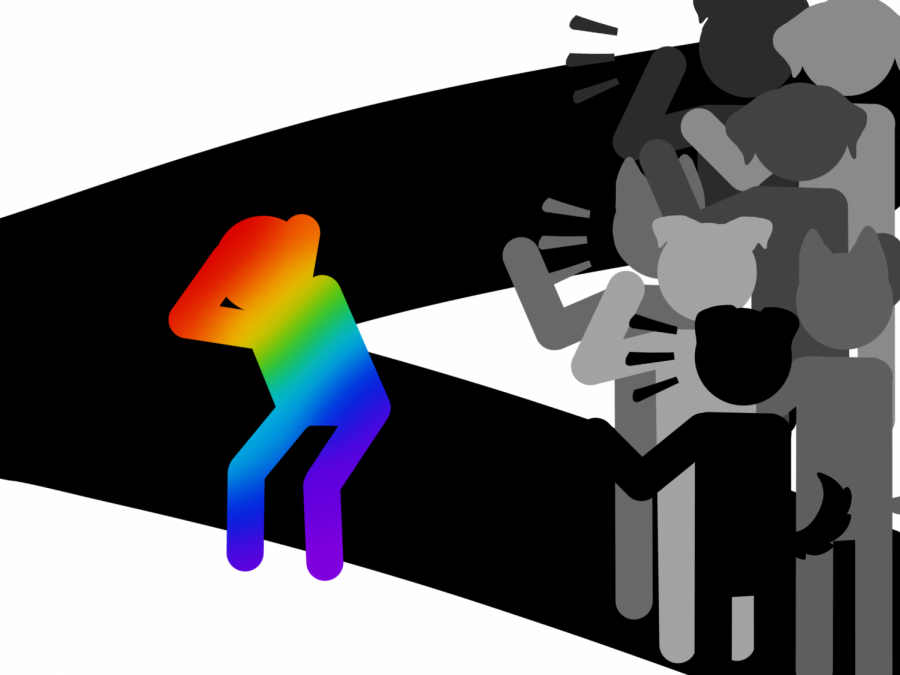 Comments mocking mental health, objectifying women, or the LBGTQ+ community will not be tolerated in our community.

Catcalling has been an issue for as long as women have been around. Men have continuously felt the need or want to make a woman feel uncomfortable by commenting or whistling to bring sexual nature to a females’ appeal. Still, men won’t take the hint that women are in fact “not into them.” These interactions are always terrible to be in. As a result, women have taken this issue into their own hands.

In early 2020, women began the movement to ‘bark’ at any men who catcalled or made them uncomfortable to bring attention to the issue or, in a way, to scare or confuse the men. This movement gave women a sense of protection and confidence on the streets. Unfortunately, men took this trend to mock and turn it into an insult, ruining this nation-wide movement for women.

This is my first year at MHS, and I, for one, have learned to love and become involved in this school. My experiences here have been comfortable and supportive. But I cannot say that for every aspect here at Mead.

During the opening season football game, my group of friends were barked at for the way we looked and dressed — essentially, we dress alternatively, and, while we are comfortable with our fashion choices, this can sometimes bring out the ugly in others.

This group also made many extremely inappropriate comments regarding self-harm and suicide. At the Homecoming football game, my friend had their arm around me when a group of what-seemed-to-be-freshmen began to meow at us. This time, there was no damage done except to the freshmans’ reputations. That being said, that only solidified why I believe there is a problem with derogatory remarks and actions, particularly at social events outside of school.

This just does not happen during school hours, at least in my experience.

Mead High can easily be seen as an inclusive school, with clubs ranging from the GSA program to Unified Sports along with a variety of art classes, clubs, and more, it is clear Mead is putting forth an effort to bring us together. The transgender or LGBTQ+ student body should not be shamed for their indenties. Barking or making unusual noises at students is flat-out rude and honestly makes them look stupid.

Why would you bark like a dog that is bred to serve humans? Exactly. Think about what you do before doing it. Negativity should never be accepted or tolerated at our school.