Released in August of 2021, Candyman made a large profit in theatres, but ultimately falls short of expectations. 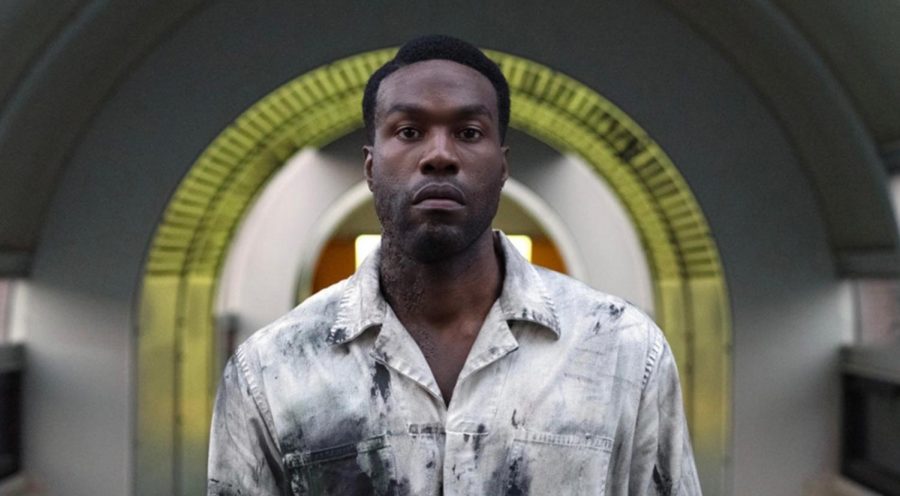 Anthony McCoy visits his mother’s home and reveals a thrilling twist to the plot line.

In the new 2021 release of Candyman, aspiring artist Anthony McCoy (played by Yahya Abdul-Mateen II) is told the story of Candyman while visiting his brother-in-law in the city of Chicago. The story of Candyman details the dark myth of a violent man who appears when you say his name three times in the mirror.

McCoy looks deeper into the story. He makes a piece to put into an art show that shows Candyman’s past and has mirrors to invite viewers to summon him themselves. What he doesn’t know is that the story is real.

Unintentionally, McCoy brings the Candyman back.

While out looking for inspiration for his art, McCoy is stung by a wasp. The sting overtakes his body while Candyman’s story takes over his mind, turning him into his own obsession.

The film itself was interesting; however, it was inconsistent. After Candyman is brought back, his killings seem random and whoever summoned him dies. As a viewer, it’s confusing — he says that he kills those who aren’t innocent, which doesn’t make sense because some of the characters didn’t seem to do anything wrong (for example, two little girls who died during a flashback sequence were innocent). In another example, however, a group of people summoned him, and one of them left due to nerves halfway through, as well as someone else walking in. The girl that left during the summoning as well as the girl that was a bystander didn’t get killed like they should have.

The inconsistencies undermined the final message. In his last words before the film ends, Candyman says, “They will say I shed innocent blood. You are far from innocent, but they’ll say you were. That’s all that matters.” But who is innocent and who is not? His own killings betray his warning to everyone else.

Overall, I’d give the movie a 7/10. While inconsistent, it was entertaining and I enjoyed watching it.