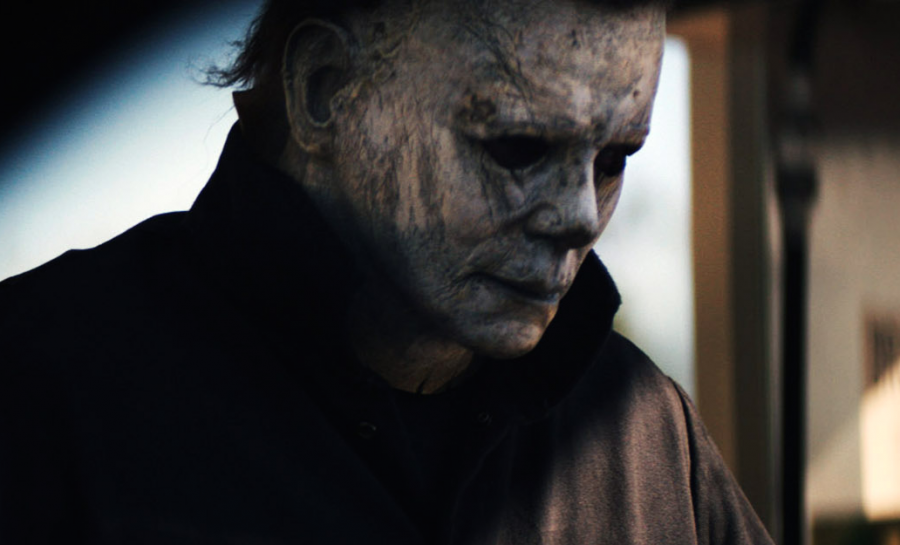 John Carpenter is well known for his thrilling Halloween movie series, focusing on Michael Myers, a man who escapes from a mental hospital fifteen years after murdering his sister and returns to his home in Haddonfield, Illinois to kill again.

In the film, there are a couple main details and concepts that are carried throughout such as Myers wearing a mask to hide his face. There was one scene where actress Jamie Lee Curtis (who played Laurie Strode) lifted Michael’s mask to reveal what was underneath, but his face was only visible for a couple of seconds.

The production of the first movie Halloween was released in 1978 and made a total of $47,000,000 through domestic and international production.

Since 1978, there have been eleven additional films released that follow Michael Myers as the antagonist. Halloween Kills was released on Oct. 15 of this year as a sequel to one of the previous reboots of the original feature.

This new movie focuses on the main character, Laurie, and the residents of Haddonfield as they gather to seek out Michael and put an end to his killings after he escaped from a burning cage trap in the basement.

The way in which he kills his victims remains consistent: stabbings. But the mask he chooses to hide behind is removed by Karen Nelson as she runs towards town and draws the man into several people who begin to circle around him. Although he is outnumbered, Michael puts back on his mask before being beaten to his supposed death.

Many advancements in movie production are apparent as this series progresses, changing the additions in each individual movie as Michael Myers keeps his mask on.

Comparing this movie to the original film, I believe that it followed the plot well and continued to advance ideas that John Carpenter outlined in the beginning of the series.

I would give Halloween Kills an 8/10.