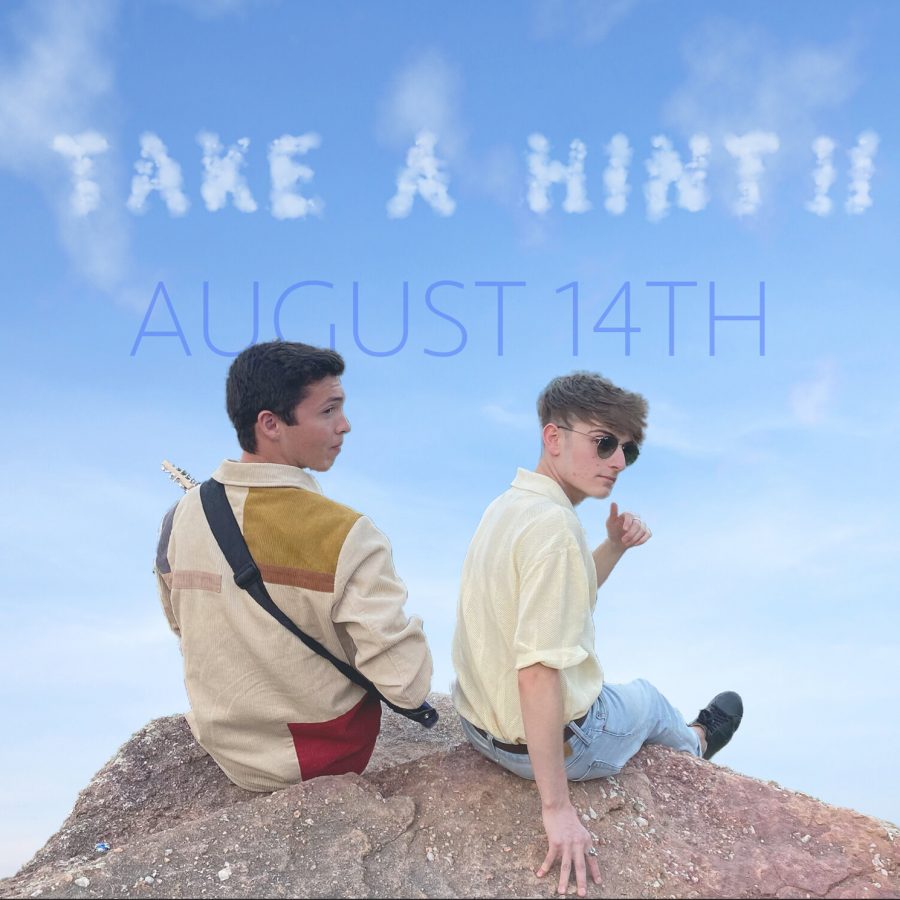 This new release currently has about 2,500 official listens on Spotify, and that number is growing.

This track contains alternative, indie, and R&B music styles and encapsulates the theme of self-reflection through symbolism written by both of the artists.

Six years ago Alec Mueller started what would soon develop to be his musical career when he helped a middle school friend with a casual song. That same year, he began working on his own music.

In a recent interview through WEAREYMX, a music blog community focusing on new up and coming artists, Alec described creating art as a “euphoric feeling… to make sense of what life throws at me”.

“It’s a rush of adrenaline and inspiration,” he said.

Tyler has been surrounded and immersed in all genres and styles of music his entire life. He has been playing the guitar since 3rd grade and started music creation near the end of middle school with the “humble beginning[s] of an Xbox headset and school iPad”.

The “take a hint !!” track instrumental can be credited to producer aericsn and was purchased by Tyler with the intention to write end produce lyrics surrounding the track for a single. About 6 months later, he reached out to Alec to collaborate on the production of the release.

The team works incredibly well together.

Tyler said, “The chemistry we have to bounce ideas off of each other is unlike anybody else I’ve ever met.”

He later continued that he felt more confident writing and releasing this piece with Alec working alongside him.

“My friends can usually use their areas of strength to make up for something I don’t know how to do yet. Different people are amazing at different things,” he said.

Alec feels that the writing process can be vulnerable and it’s easier for him to “vocalize the things [he is] afraid of” and “make connections” when writing on his own. Musically, however, he really enjoys working as a team and collaborating on tracks, such as the “take a hint !!” project.

Alec created a lot of music during the COVID-19 shutdown while in quarantine. Music (and art in general, including working as a magician and short film creator) was an essential part of getting him through the many difficulties faced during quarantine. Through music, he “dealt with a lot of unresolved issues”.

Alec said that developing music during quarantine was a key part of the building of comfort within his self identity.

This is not the first release found under the official Hint of Blue Spotify creator page. Before January 2022, Alec will have five of his new singles released on all platforms, announcements of which will be made on his Instagram. The first single, Insomniac Alliance, was released in October 2021. There is more to come for Hint of Blue.

Tyler is looking forward to working more with music creation and production that aligns with the themes and topics he’s currently exploring artistically. More will be coming in terms of official Ty_Makes_Music releases.

As said by Roku, “take a hint !!” sounds like it could have been made by professionals in a recording studio, when in reality, the song was made entirely in bedrooms by teenagers.”

“take a hint !!” was officially released on platforms such as Amazon Music and Spotify on Aug. 14, 2021, and both Alec and Tyler encourage listeners to look out for more music releases from each of them under their respective musical creator pages.

Longmont Public Media comments, “The music video for “take a hint !!” is a story encapsulating themes of self-reflection, coming of age, and infatuation.These themes are depicted through symbolism that is open to interpretation.”

The official music video for their collaborative single can be found here.