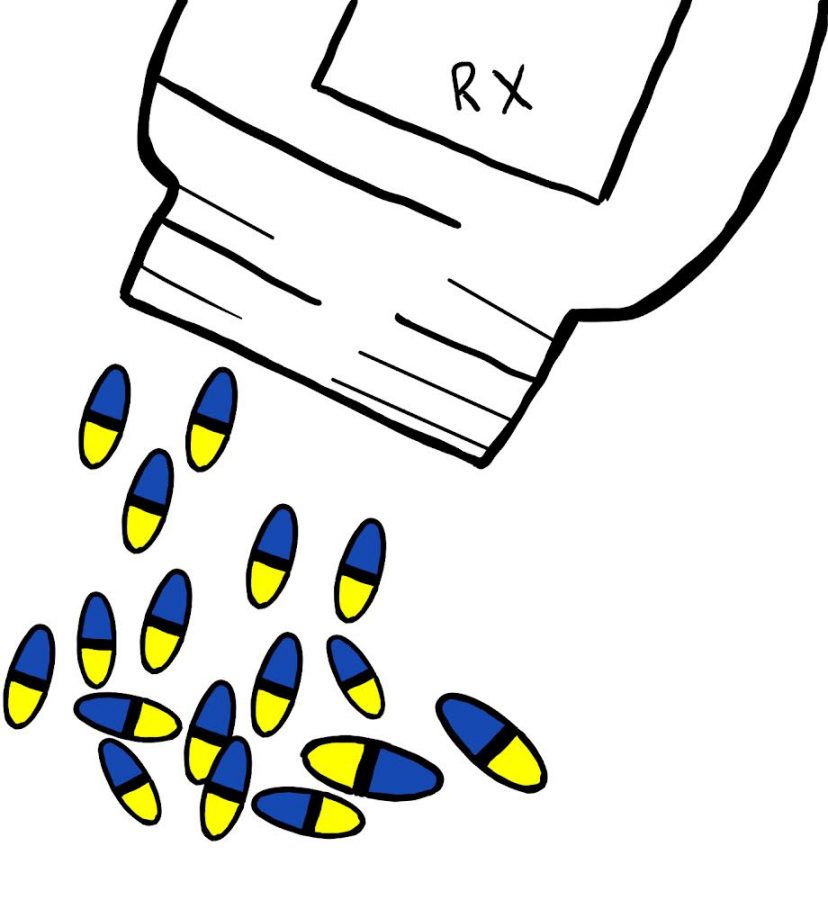 According to the CDC, “fentanyl depresses central nervous system and respiratory function”. Fentanyl use often results in fatalities

Fentanyl is a highly addictive synthetic opioid that is used to treat chronic pain. Fentyal is 50 to 100 times the strength of morphine. It is a prescription drug that is often made illegally.

In 2017, synthetic opioids became the most common drugs involved in drug overdoses.

Some drug dealers are mixing fentanyl with other drugs such as cocaine, heroine, Xanax and other common pain medications because it tends to be a cheaper option. According to the CDC, powdered fentanyl looks just like many other drugs, it is commonly mixed with other drugs to resemble other prescribed opioids.

Many people aren’t aware of what’s in the drugs they are taking and may be taking things way stronger than what their body can handle. Any drug that isn’t prescribed and directly from the pharmacy has the potential to have fentanyl.

This is a problem that is fastly becoming an epidemic, with overdose numbers nearly doubling in the past 5 years with more than 100,000 overdoses in the past year. According to 9News, the DEA seized more than 110,000 fentanyl laced pills from a Denver based organization who had links to the Sinaloa Cartel.

Social media like Snapchat allows teens easy access to sales of these deadly drugs. According to NBC News, getting these drugs is almost as easy as ordering a pizza.

There was a major spike in overdoses during the peak of the COVID-19 pandemic, which is most likely due to social isolation and increased mental distress. Most addictions start with young teenagers trying to self medicate to cope with mental or physical pain they are dealing with.

Many young kids aren’t aware of the dangers of these drugs. One pill is strong enough to end a young person’s life. It is important to talk to teens about the risks of drugs like fentanyl and that the danger is not limited to buying drugs off the streets. Getting pills from friends and other known dealers is not safe either and should only be taken if given to by a doctor or pharmacy.

This deadly epidemic needs immediate attention and awareness. Taking steps to help is very important and could save someone’s life.

If you feel you or a loved one is struggling with an addiction, the SAMHSA hotline is a great step to help. Another huge way to help is reporting Snapchat or other social media accounts you believe to be selling laced pills or drugs.

This video provides great additional insight on fentanyl addictions and how damaging they can be.