Six of Crows offers an interesting mix of character development

Leigh Burdago creatively introduces a YA crime and fantasy thriller that incorporates both reality and fantasy while witty and dangerous teenagers attempt a chilling heist. 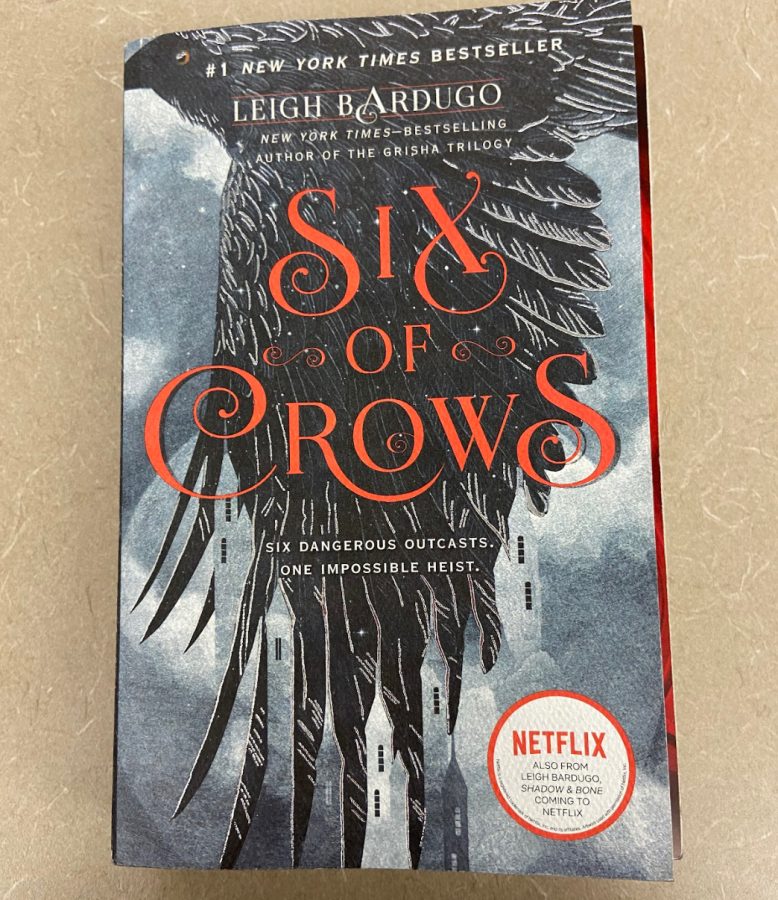 Six of Crows was incorporated with another series in the same universe for a TV show in April 2021 and is confirmed for a second season.

Six of Crows, written by Leigh Burdago in 2015, is a YA fantasy and thriller that follows the journey of six teenagers attempting a dangerous heist to receive a hefty pay.

After reading the description and hearing news of the book being incorporated into Shadow and Bone, a series that takes place in the same universe before the events of Six and Crows, I eagerly decided it was time to indulge myself into the universe that has absolutely dominated the fantasy genre this past year.

Upon reading the first page, I was instantly invested in the characters, the plot, and all the details of Kaz and his crows. I usually dislike the beginning of books because of all the world building, but Burdago’s writing style actively kept me engaged and excited about what’s to come next, even if it was a bit slow to get through. All her characters are complex and have both charming and not-so-charming characteristics in their personalities, making them likable and unique to their own interests.

Burdago has a unique method of leading the story on and giving readers something to obsess over and analyze. She slips in small moments that feel natural to both the character’s chemistry and to the plot. Burdago adds the right amount of suspense and reveal into her story, never making any of the characters and their motives easily guessable, something I feel little authors can do well.

However, as much as I love the book (and hopefully the rest of the duology) there are some things that I dislike about it.

It doesn’t hit any of the real action until about 200 pages in. Before that, there’s little bursts of excitement, but most of it only reveals bits and pieces about some of the characters. Not much is known about Jesper and Wylan in the beginning. I may have missed it, but I didn’t even know Wylan had red hair until I looked up fan-art, and I was at page 205 when I did that. Jesper’s history is still unclear even halfway through, the only things known about him are his love for gambling and pretending to be a scholar. Their characters are likable, but their lack of physical and emotional descriptions are a sizable con since many readers appreciate knowing characters’ details so they can imagine them. The lack of descriptions don’t make it difficult to empathize with these characters, but added depth earlier on would’ve established even more connection between readers and characters.

The chemistry between some of the characters (Nina and Matthias) is non-existent in my opinion. They both absolutely despise one another, so I don’t know why there was this constant push of romance between them. Their entire relationship was toxic from an outside perspective, even through the “healing” they went through. It might be my hatred towards Matthias and his overall character shining through, but the love-to-hate-to-love again relationship of Nina throwing Matthias into jail to save him was cliche to me. It’s an overused trope of this rough, hateful love, and that doesn’t add a lot of depth. Kaz and Inej are another example of tough love, but Kaz actually (surprisingly) shows some deeply hidden emotion that makes you feel some connection and want to see more of, while Matthias’ confessions make me want to slap him across the face because of how self pitying and hurtful he is.

Overall, I would rate the book a 8.5 /10. I absolutely adore everyone, except Matthias, and I would definitely recommend to anyone looking for a book that’s popular and bound to snap you out of a reading slump.