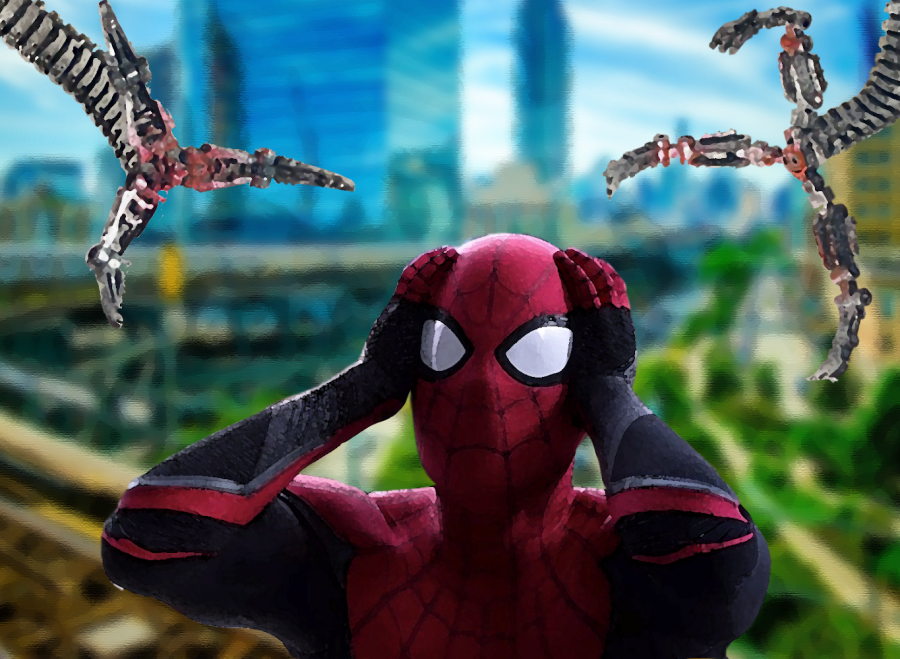 Doc Ock causes Peter to freak out in Spider-Man 2.

A new addition to the Spider-Man storyline was recently added to theaters last year on Dec. 17, 2021. Over the years, there have been various directors who have contributed to the movies and have brought a modern change to the character of Peter Parker.

Tobey Maguire in the original Spider-Man movie appeals to the audience from 2002 as Peter Parker, with his bashful and outcast personality that puts him at the bottom of the food chain with his fellow high school peers. When he gains his powers after receiving a spider bite from a radioactive spider, his struggles only continue as he tries to navigate his high school world as well as maintain the upkeep of his superhero loyalties throughout the series.

Director Sam Raimi seems to keep the forefront of the movies focused on Peter’s life and how his superhero life revolves around it.

Peter deals with his love life with Mary-Jane Watson (played by Kirsten Dunst) even after he takes on his new role in the first movie. And in the second film we see Peter struggling to keep the two lives separate as his superhero commitments begin to harm his personal life.

Contrasted to this, Marc Webb directed the Amazing Spider-Man movies starting in 2012. The attention of these films centered around a more confident Peter Parker, played by Andrew Garfield. When he obtains his abilities in the first film, Peter’s witty comments only become more apparent and continue in the sequel, while he also develops a personality of exasperated tendencies.

He seems to gain a fiery outlook on the world after his parents left him with his Aunt May and Uncle Ben, which only becomes more prominent when he puts on the disguise of Spider-Man.

In the sequel, we do see more of a light hearted, joking Peter as he takes on the responsibilities of his powers.

Tom Holland first appeared in the Marvel movie Captain America: Civil War in 2016. This film was directed by Joe and Anthony Russo. This added a unique approach, portraying Spider-Man as a younger version than what was seen with Raimi and Webb, possibly to grab the attention of younger viewers.

Watts carried on with this young rendition of Peter in the 2017 movie (Spider-Man: Homecoming).

This role stands out from the others because of how the character develops alongside the contributing Marvel movies. Holland helps to progress what the public thinks of Spider-Man in Watt’s additional movies, his character following in the footsteps of Tony Stark (Ironman).

The 2021 film (Spider-Man: No Way Home) is a new addition to the Spider-Man storyline. The movie follows Peter Parker as he navigates his life of being a high school student after previously having his identity unmasked in the 2019 Spider-Man film, Spider-Man: Far From Home.

In the film, characters from previous versions of Spider-Man are brought in to help Peter. This sparks interest because of the clash of divergent interpretations of what it means to be Spiderman. Watts really has to hone in on what he wants the public to capture from each generation of audience.

Being the third Spider-Man movie directed by Jon Watts, starring Tom Holland, Spider-Man: No Way Home has continued to climb box office since its release on Dec. 17, domestically reaching $702,924,074 and $926,300,000 internationally.