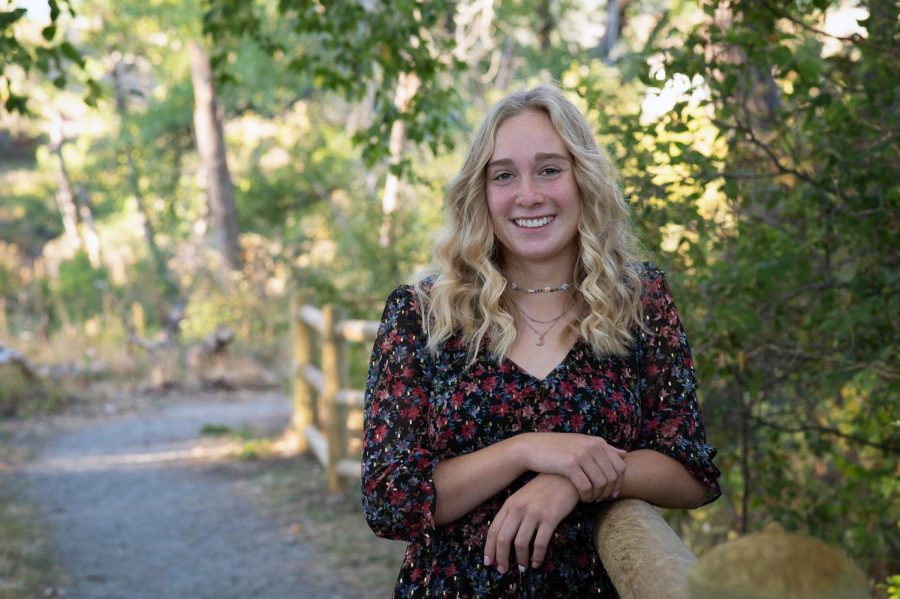 After four years at Mead High School, Greta Richardson (‘22) leaves with a bright future ahead of her.

Where are they going?: Greta Richardson

After participating in some outstanding work at Mead High, Greta Richardson (‘22) plans to attend a four year university to potentially pursue STEM further down the line.

At many of the schools she applied to, Richardson is able to go in without a declared major, which is her current plan. She has yet to select a school to attend, as she’s waiting to hear back from each university she applied to.

During high school, one of Richardson’s favorite memories took place during track. “One of the first days of track last year, we were doing 300 meter sprints and I had not run in 2 years because COVID canceled the season before. I remember [Mr. Reynolds] telling the entire track team that I was so out of shape. It was so crushing, but it was also really motivating… It was also really funny.”

Overall, Richardson has loved many of the teachers she’s had in the last four years and wasn’t able to pick one favorite. “I think the teachers at this school are fantastic,” she said. But Mr. Holskin in particular “was a phenomenal calculus teacher” and Mr. Parsons was an “uplifting” teacher in Richardson’s classes. Mr. McCall and Ms. Rue also stood out as amazing teachers she really appreciates.

“I don’t think I’ve ever had a teacher that I disliked,” she said.

She advises underclassmen to focus on you and what you want to be, not what others want you to be. As an underclassman, Richardson said she was too concerned with her image and having the right amount of friends. She suggests you focus on yourself first and not let anyone else affect who you are.

Richardson is a great student who has so much involvement in our school, and we wish her luck in picking a university and major, as well as congratulate her on her hard work and positive impact here at Mead.