Unwanted male attention made me start wearing jewelry at the gym: here’s why

I was hit on at the gym by an all-too-confident middle-aged man; the experience made me make a promise to myself 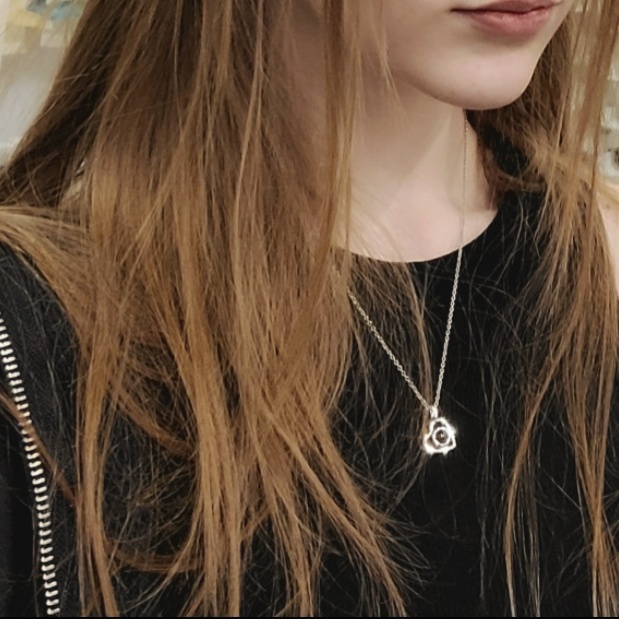 Post shows off the jewelry she now vows to wear to every gym trip.

Post is a guest writer for The Mav. If you would like to be featured on our website or our next print edition, email your work to [email protected] for consideration.

Growing up as a girl is all too often one large and exhausting balancing act. You’re being a tease or being too cold. You show too much skin or you dress like a prude. You wear too much makeup or “you just look sick.”

Why won’t my brother be faced with the same scrutiny that I’ll be challenged with for the rest of my life? Why won’t he need to pre-plan how not to get kidnapped in the grocery store parking lot? How not to get followed to your car or stalked and harassed?

At 17, I started wearing jewelry to the gym for the pure reason of having my autonomy — my workout — respected.

This all started at a new gym, a big gym, and it was nice. It had a pool, sauna, cinema, yoga studio. Big enough that the treadmill area had rows upon rows of viable and eligible machinery for anyone to choose

from. I had chosen the center row, walking on the machine alongside my father — an obese, bald, 52-year- old man who’s trying to get a little bit healthier.

We were both new to the gym scene, but he’d had the forethought to bring headphones for his cardio, able to shut out the world and the people in it so he could focus on his workout and his TV show. I hadn’t considered bringing headphones, so I settled for captions to enjoy my show.

Walking along, reading the screen, and hearing the frantic panting of a man in his late twenties/early thir- ties wearing a 1980’s blue workout tracksuit, orange aviator sunglasses, and sporting a brown bowl cut sprinkled with graying hairs — competing in a one-sided race against an actual athlete in the row in front of me.

This race lasted less than two minutes and was filled with second-hand embarrassment for the panting, tripping, and sweaty man struggling to keep up with his “competitor” who had been on that treadmill for — easily — ten minutes prior.

Running (and stumbling) like the wind, our tracksuited friend soon spared me of more secondhand embarrassment when after his two minute run he finally stopped and explored the other gym areas.

I mentally noted this funny story in hopes my dad had witnessed it too so we could share a good laugh about it in the car ride home together, sharing a “gym-clown” horror story so many people have.

Just a few minutes later Mr. Blue Tracksuit was over at the punching bag, slapping it like it just stole his boyfriend. I think the punching bag won the fight. As much as I love people-watching, I also love sitcoms and chose to move my attention back to reading the captions on my phone screen.

Ten more minutes into my walk and a familiar shade of blue steps on the machine to my left. I know to be aware of my surroundings; it’s been ingrained in both my X chromosomes since I was a child. For a brief second Mr. Blue Tracksuit and I make eye contact, and he starts talking.

He introduces himself and my replies are very obviously and intentionally noncommittal. He wouldn’t stop asking questions.

“Do you enjoy running?” — “I actually have asthma.”

Why does he care? Why’s he still talking? Can’t he see I’m watching my phone? There’s 20 other machines open — why, why choose the one right next to me?

“I have another friend named ‘Sarah’ too, she spells it without an ‘H’, she’s in my running club — you should join! We meet on Wednesdays and Saturdays around the park. I never miss a meeting.”

He’d mentioned things I’d known were white lies, provable white lies, but I didn’t have the nerve to call him out on those.

“First time stepping on a treadmill since my foot injury last month.” My eyes moved between the man and my phone and my dad frantically, hoping my dad’s attention wasn’t fully invested in his show.

I prayed that the way fathers are always hyper-vigilant and protective didn’t let me down now.

“Oh really? Cool.” If I just had headphones maybe he’d stop talking. But every time there was a silent few seconds he’d be sure to start talking again — to make more little remarks, bordering on flirting — like he was testing the waters to see how far he could go before getting called out.

How can I mention homeroom? How can I make it very clear I’m in high school? What white lie can I say to get a little peace back?

To my delight, I’d seen my dad’s left headphone was no longer in his ear. He was listening. Monitoring.

“Just trying to get in shape for this summer; you probably don’t know how that is. I do. Just how getting older is sometimes.”

“Speaking of age, how young are you?”

Before I could answer, my dad had spoken up, and I had never felt more relieved to hear his voice — a slightly lower, slightly more stern tone than normal.

A cast of awkward silence fell across those three side-by-side treadmills. Mr. Blue Tracksuit attempted to go back on some things he’d said, and with every new question he’d ask, I gladly allowed my dad to answer so I could stop replying.

Soon enough, my dad and I slipped into our own conversation — something about the TV show still playing on my phone. Mr. Blue Tracksuit had tripped on his own feet, grabbed his water bottle, and left the gym, not even wiping down his machine.

On the car ride home we’d called my mom to tell her the hilarity and horror of our first of many “gym-clown” stories.

“Wasn’t the first time an older man made me uncomfortable, and it won’t be the last,” I replied.

This remark was almost too truthful for my dad to hear: “It better have been the first time.”

I was sorry to break it to him, but it really wasn’t. How could it have been when I’ve been raised to check the back seats of cars before I get in, to carry around pepper spray and a taser just to walk my dog since I’d turned ten, to be gifted weapons and whistles that look like jewelry or keychains by the women in my life because being harassed is merely expected?

When I finally got home I called my best friend and told her the story, one that she’d all too similarly related to. Once we hung up I’d brainstormed a list of people I knew I could have around me in any situation, people who I knew I’d be “safe” around. The sinking feeling hit me, the reality. Will my autonomy, my space, my peace, only be respected when I am a part of a unit? Is it not enough to get respect if it’s just me?

When I turned 17, I started wearing jewelry to the gym. A promise ring that was promised to no one but myself, a heart shaped necklace, the appearance of always having someone more than just myself who I’d be promised to. Because if someone couldn’t respect noncommittal comments and avoidant eye contact, then they sure do respect a little silver band, a tiny diamond heart, a little infinity.