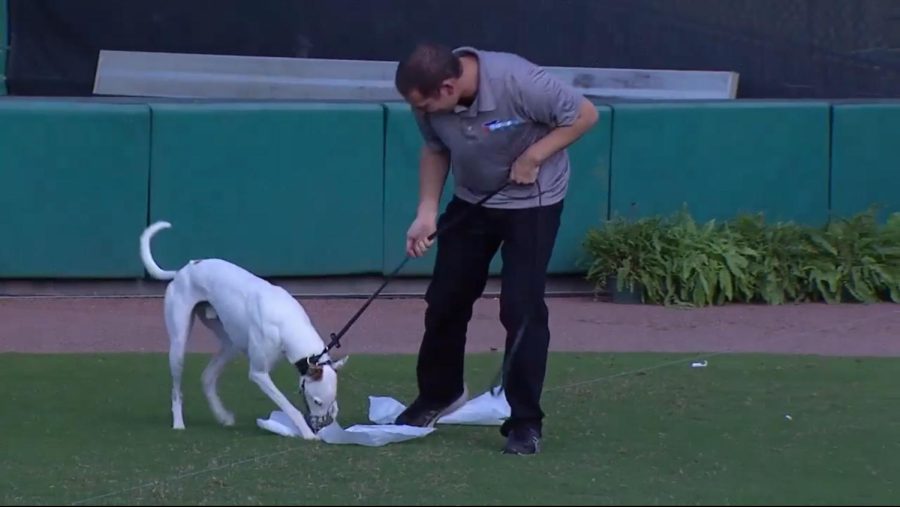 Courtesy of the AKC website. Reas the whippet stands after his final, national championship run

The American Kennel Club named Reas the whippet the fastest dog in the United States in December 2021. At the AKC invitational, a renowned national championship, he won the 100-yard dash by less than a tenth of a second, at a time of 5.759 seconds.

These small margins can be due to the start, humidity, wind, rain, or other factors.

At an average speed of 35 MPH, this is an insane speed much faster than humans are capable of, with the maximum recorded speed being 27.3 MPH.

Whippets have a history of record-breaking speed and athleticism. Their skinny stature, long legs, and strong muscles make them key contenders for the title, a battle they commonly fight with greyhounds. A breed formed in the 1700s, they’re a mix between a greyhound and terrier.

As stated by the AKC, “Gluth [Reas’ owner] walks the dogs three to four miles several days a week depending on the weather conditions before going to bed at 9 a.m.”

Reas and other dogs owned by dog owner Gluth go to dock diving practice, underwater treadmill running, and swimming to focus on recovery.

At three years old, Reas still has time to improve his time on the race. Dogs tend to peak at this age, so look for future records coming from Reas.