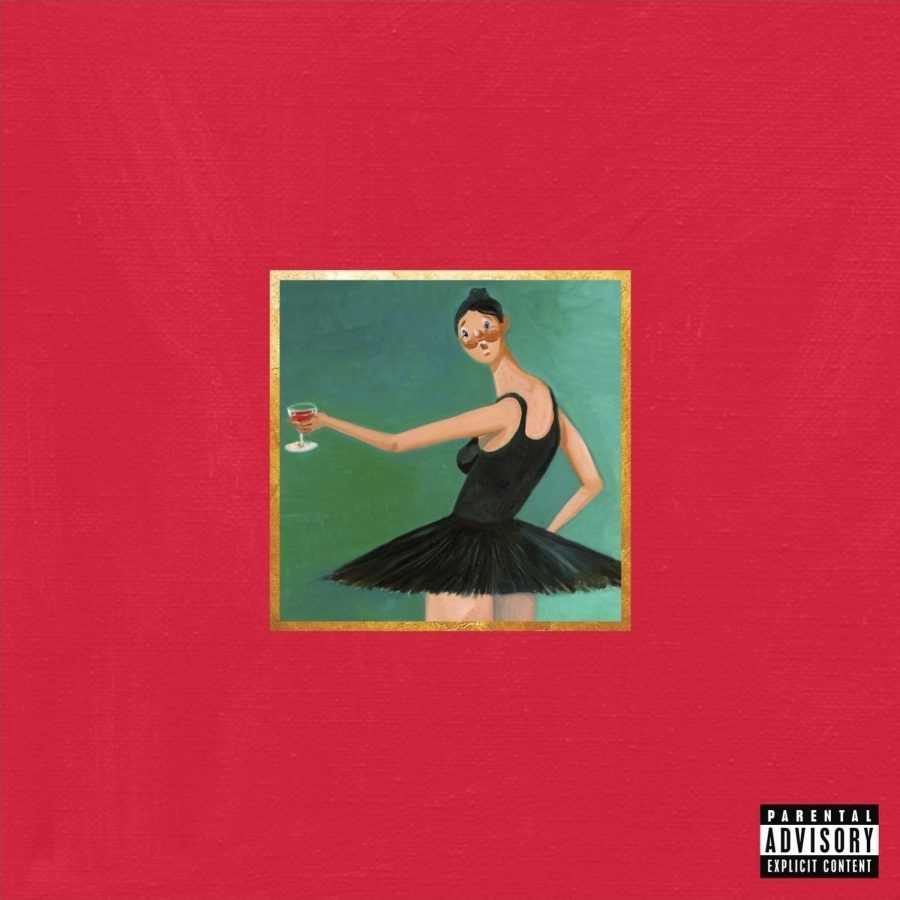 West's fifth album was released by Def Jam Records and Roc-A-Fella in November 2010.

My Beautiful Dark Twisted Fantasy, (MBDTF) is the fifth studio album released by Kanye West on Nov. 22, 2010. The album took place during one of the most controversial and infamous moments in Kanye’s career.

The year is 2009 and you’re watching the MTV Video Music Awards. Little do you know, the biggest rapper at the time is going to do something that turns the entire world against him.

As Taylor Swift began to give her acceptance speech for Best Female Video, Kanye West drunkenly walked up onto the stage. He took the microphone from Taylor and began speaking on the famous singer, Beyoncé. In his exact words he said, “Yo, Taylor, I’m really happy for you, I’mma let you finish, but Beyoncé had one of the best videos of all time! One of the best videos of all time!”, humiliating Taylor Swift and embarrassing nearly everyone there. He managed to disregard all the love and support he previously obtained and became the number one most hated and criticized man in America.

After this outrageous display of narcissism, Kanye was heavily ridiculed and criticized. It got to the point where he was even called a “jackass” by the U.S. president at the time, Barack Obama.

No matter what he did, he couldn’t escape the ridicule and negative attention; he forced himself into self-exile in Oahu, Hawaii. He then proceeded to make one of the greatest musical and artistic masterpieces ever made.

My Beautiful Dark Twisted Fantasy was the only shot Kanye had to save his plummeting career. The entire time the album was being made, Kanye stayed in Hawaii. He was recording at a studio in Honolulu, slaving away at the perfect album.

Over 25 artists and over five producers stayed in Hawaii alongside Kanye. Each and every one worked on the album with him. Kanye and his team were attempting to catch lightning in a bottle.

Kanye knew how intimidatingly high the stakes were with this album but didn’t let that distract him. He worked as hard as humanly possible, night and day, ensuring the album of a lifetime.

My Beautiful Dark Twisted Fantasy upon first week of release debuted at number one on the US Billboard 200. In its first week, the album managed to sell 496,000 copies in the U.S. alone. Kanye received his fourth number one studio album in a row, breaking through his past album sales and becoming the fourth-best sales week of 2010.

The album itself carries a grand and loud, movie-like production and sound. The album is focusing on Kanye as he deals with egotism, false love, narcissism, and other issues and problems in his life.

Kanye is introspective and very aware of his egotistical and narcissistic personality. He admits that he is obsessed with fame and power. He accepts he is not a perfect human being — he has made mistakes. He is a human with flaws just like me and you, the only difference is the whole world is watching him, waiting for him to slip up.

The introductory track, “Dark Fantasy” is epic and grand. The track illustrates Kanye’s need and extreme drive for more. He asks himself if he really can get any higher than he already is. Kanye at this point in his career is a superstar, yet it’s still not enough for the power-hungry rap Goliath. He craves more success. He needs to prove his point for the entire world to behold. He wants to spread his message regardless of what it is. Kanye’s lyricism is at an all time high throughout this album and notably on this track. He uses double entendres and sharp lyrics to brute force his way to the next chorus, leaving no one standing in his way to power.

The secondary track, “Gorgeous”, features a young and eager Kid Cudi on an energetic and rock hook. The two co-wrote the song along with Raekwon from Wu-Tang Clan, masterminding some of the most clever and well done social commentary of all hip-hop and rap.

“Power” is one of the most well-known Kanye songs to this day. Kanye tastefully samples “21st Century Schizoid Man” by the British rock band King Crimson. Kanye claims to have spent “thousands of hours working on this carefully-crafted song”. And it really shows. This is a powerhouse of a track, released as the lead single for the album. “Power” prioritizes Kanye finding peace within his multiple brash, cocky personalities. He shows us how confident and self-reliant he really is. Even if it is a narcissistic action or idea he has, he knows. He has acknowledged it, even embraced it, accepting that’s just how he is as a person.

There are Kanye fans and casual listeners who claim this is the best song in his entire discography and debatably one of the best songs of all time. “Runaway” is a perfect example of how transcendent and spectacular music can be. This track is a beautifully melancholic masterpiece. The haunting piano perfectly introduces the track’s tone and atmosphere. Kanye sings his verses in a softer emotional manner, gradually getting more vulnerable as the song progresses. Pusha T is the only other artist I feel could fit so perfectly on this track other than Kanye himself. Pusha T delivers the second verse on the track and it’s a very emotional verse delivered perfectly. Kanye is acknowledging his faults in a hauntingly dark song filled brutal honesty about himself and his faults; whether it’s women, his own selfishness, or his ego, he is fully aware of the type of person he is and he doesn’t know how to change, so he heart-achingly sings for them to run away from him. “Runaway” is the honest work of a genius.

My Beautiful Dark Twisted Fantasy is exactly what the name entails. It is a theatrical story of a beautiful dark fantasy. The 2010 album is a monumental and epic moment in time, redefining what it means to create music as an artist.

This album is constantly played and will forever continue to be appreciated. Kanye is a musical genius who continues to inspire me and many others.