Midnights is yet another outstanding Taylor Swift release

Taylor Swift’s 10th studio album Midnights was released on Oct. 21, 2022. Produced by artists like Jack Antinof (who has produced on over half of Swift’s discography including 1989, arguably her previous top pop album until Midnights) and Aaron Desner, who produced the bonus tracks on the 3am Edition of Midnights. Both men take writing credits on the album alongside Swift; she claims a writing credit on every song she owns. One writing credit that fans were especially excited to see again was the pen name “William Bowery” who wrote the song “Sweet Nothing” with Swift. “Bowery” has created songs with Swift in the past like “Exile”, “Betty”, “Champaign Problems”, and others. The pen name belongs to Swift’s boyfriend of six years: Joe Alwyn.

Midnights‘ visual aesthetic balances perfectly between 70s retro and old Hollywood glam. Musically, the album is sonically cohesive, and I would categorize it as synth pop. Midnights has easily reached a unique level of iconicism surpassing all expectations — as Taylor Swift always does — by breaking physical sales, digital sales, streaming, and Billboard chart records. Swift has made history (once again) by claiming all top 10 spots on the Billboard Hot 100 chart, a new high for her career.

Not only is Midnights amazing sonically but also lyrically. A consistency in Swift’s discography has been her poetic lyricism with very little contemporary references —Nothing New (wink wink) in this album. My top three favorites from Midnights include: “Would’ve, Could’ve, Should’ve”, “You’re On Your Own, Kid”, and “High Infidelity”.

As much as I’ve tried to go listen to other songs or playlists, the brilliance of Midnights has kept me coming back.

Midnights gets an easy 5/5 sleepless nights. 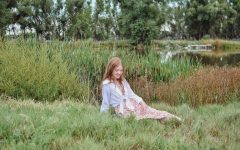 Sarah Post is a Senior who enjoys art and music. She’s involved with golf and guitar, and is looking forward to finding her journalistic voice this year.

Midnights was disappointing and fell short of expectations

Taylor Swift’s new studio album Midnights was released Oct. 11, 2022 and has been quite controversial with listeners ever since. Commentary that the album is “mid” and not nearly as good as her other albums is something I personally have heard a lot, and I agree.

Don’t get me wrong, the album is good, it just isn’t amazing. The songs on the album are solid, though there isn’t anything gravitating about them. As a fan, it upsets me. I really wanted to love her album, but I don’t.

The album features Lana Del Rey in the song “Snow on the Beach”. I expected Lana to have a big part or a duet like in songs (“Nothing New ft. Phoebe Bridgers” and “Exile ft. Bon Iver”) from previous albums, but Lana is simply the backup vocalist for the song; her voice struggles to stand out and a lot of other fans were upset about this like I was. I love Lana Del Rey and was looking forward to hearing her as a feature. I was bummed when I couldn’t identify her voice at all.

There are maybe two songs that I enjoyed and none I loved. I hate to say it, but when I was listening to the album I wanted to skip every song. My favorites were “You’re On Your Own, Kid” and “Would’ve, Could’ve, Should’ve”.

Unlike the other tracks on the release, I love the way Swift portrayed her feelings with the lyrics “if clarity’s in death then why won’t this die?” and “give me back my girlhood it was mine first”. These lyrics hit home, and I love how she produced a song that perfectly encompassed my feelings as a listener. The first lyric emotionally explains the feeling when you know a person isn’t meant to be but they won’t go away.

Taylor is undeniably a very talented lyricist. Besides that, however, there were no songs that stuck out to me more than just enjoying them. I found no song was “perfect”.

Her album isn’t horrible, but it definitely didn’t meet my expectations, I was disappointed. I would rate Midnights a 3/5 stars. 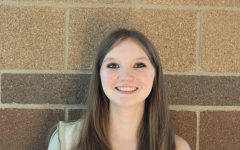 Noel Major is a sophomore. She enjoys Harry Styles, sleeping and music. She is involved in photography. She is looking forward to writing poems and humorous articles this year.