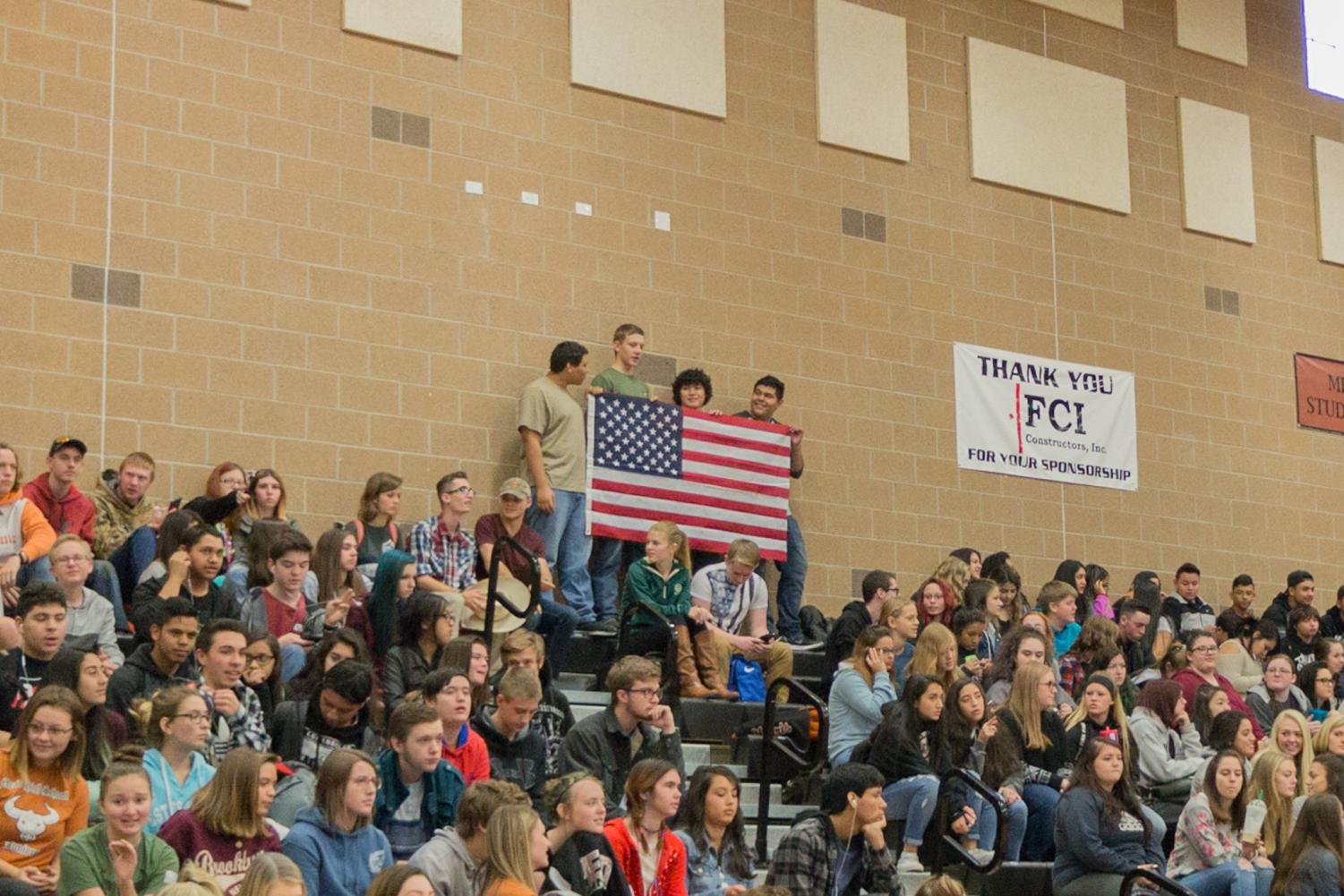 Students and Staff Honor our Veterans with an Annual Assembly

School assembly goes off without a hitch.

On Friday, November 10, Mead High School and its students welcomed and honored the men and women who valiantly served our country.

The Veterans Day assembly opened with the Color Guard posting the colors and the veterans proceeding into the gym. Students stood clapping for our soldiers, all of whom had made sacrifices for our well being.

Our music department also paid tribute to our veterans in their own way. The jazz choir sang a medley that honored each branch of our armed forces, the orchestra played the National Anthem, and the band played “America the Beautiful”. The school’s staff band, Staff Infection, even got involved with their interactive version of “R.O.C.K. in the USA”.

In addition to the music, we were treated with speeches from one of our color guard members and our very own math teacher, Mr. Benjamin Holskin. 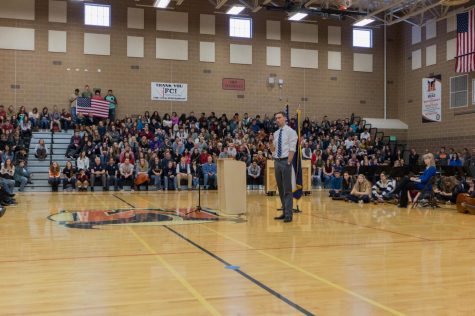 Mr. Holskin himself was a veteran who served. He shared a story about his time in the armed forces. He told the school how, on Veterans Day, he and his fellow officers would go out and do public service work such as raking leaves and picking up trash. He described what he felt a sense of humility, and encouraged students to do the same saying, “Don’t just thank a veteran or servicemember for their service, do an act of service.”

After the encouragement to students to do acts of public service, Mr. Holskin invited students to an event he organized where students could come to “clean their sector” by picking up trash and raking leaves on campus. According to a tweet from Principal Ayers, over sixty students attended and participated.

She wrote, “so proud of your service to our community” referring to MHS students.