A brief look at America's dependence on Smart Phones 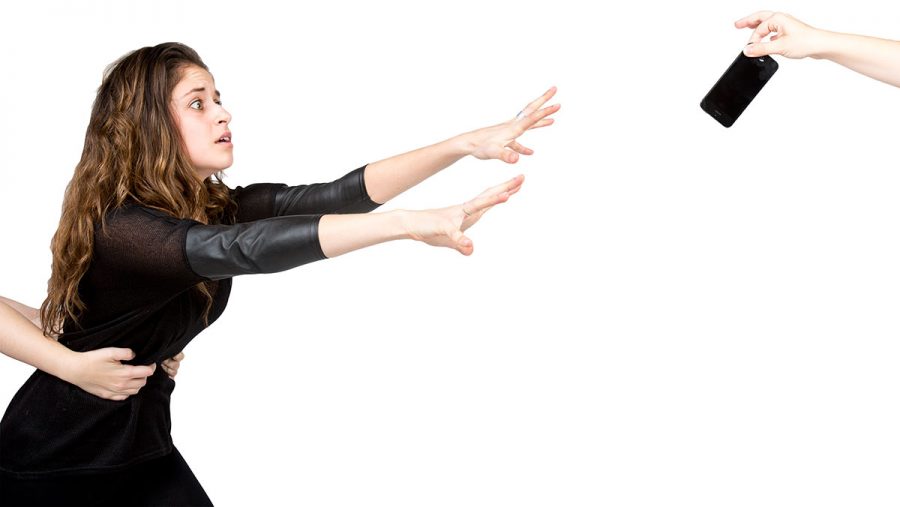 According to an article in Psychology Today, over 40% of the population suffers from Nomophobia, which just means Fear of being separated from your smartphone.  That’s 58% of men and 47% of women, just under half of all Americans are hopelessly dependent upon their smartphones.

Are you addicted to your smartphone? Do you feel insecure or anxious when you forget your phone at home? Do you sleep with your phone? Is your phone the first thing you look at everyday? Are you comfortable being more than 5 feet away from your phone? When was the last time you didn’t use your phone’s GPS? Do you use your phone in the bathroom? According to CNN, over 90% of adults use their phone on the toilet, and 75% of adult sleep with their phone. 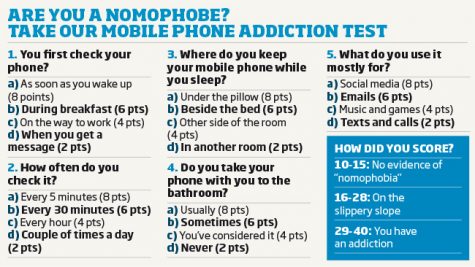 With 4.2 billion people texting daily, there are roughly 18.7 billion texts sent worldwide everyday, and that doesn’t even count in-app communications. The application Snapchat for instance charts around 3 billion messages sent daily. That’s an average 8,796 a second, according to Snapchat, “it would take 10 years to view every photo shared that was shared in the last hour”.  Facebook messenger also racks up over 30 billion daily messages.

Cell Phone addiction, or Nomophobia is a fairly common issue. Especially among teenagers, according to CNN, 77% of teens feel they are addicted to their cell phone. An average teenager will check their phone anywhere from 110 to 900 times a day.

There are dangers involved with smart phone addiction, and not just walking into walls and streets. But with so much time spent on phones it’s possible that adolescents will not develop the social skills they need. Another serious danger of smartphone addiction is distracted driving. 1-in-3 teens have admitted to texting and driving, and distracted driving kills an average of 9 people and injures over a thousand daily. It is important to be responsible with every form of technology.

Dependence on any device is dangerous, and cell phone addiction can lead to actual physical and emotional withdrawal symptoms. When you receive a message or when someone likes a photo of you, the brain releases a burst of Serotonin, the happiness endorphin. This burst of pleasure is addictive and over time as more and more Serotonin is released, your brain needs a higher dose to reach the same level of happiness. This is what leads to every addiction, the instant gratification we receive from smartphone use makes us feel great, and leaves us craving more.

Studies have also shown that using a smartphone within an hour of going to sleep also decreases the bodies production of Melatonin, the hormone that regulates sleep and wakefulness. The decrease in Melatonin production makes it much harder for your brain to shut down and rest. So excessive Smart phone use before bedtime actually make it harder to sleep. This is why it’s so unhealthy to sleep with your phone, just having your phone in your bedroom makes it considerable harder to go to sleep.

Cell phones are an important resource in the 21st century, we use them to do many practical things, like keeping in touch with family members, finding our children, shopping, finding directions, and getting news and entertainment. But moderation is important, as with all things. Don’t walk around looking down constantly, experience your world beyond screens.
Life moves pretty fast. If you don’t stop and look around once in a while, you could miss it.