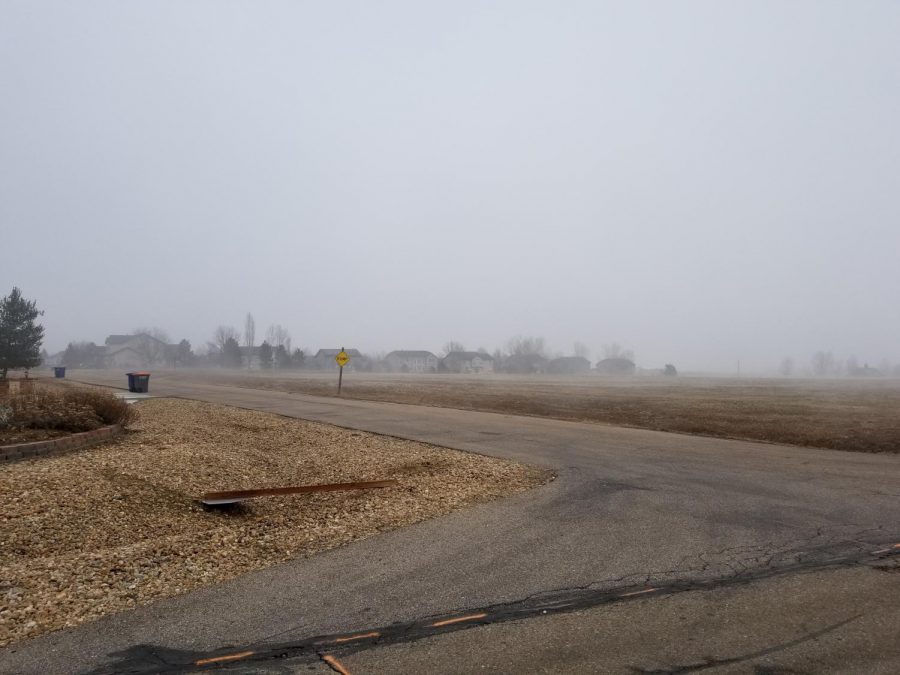 Tuesday, February twentieth, another completely normal school day occurred at Mead high school. Onlookers were completely neutral to the lack of anything happening at all. In fact, so much nothing occurred that there was a complete lack of interviews to hold concerning this “event”.

Absolutely nothing. Here I am, sitting at my desk, being told to write about current events or my opinions about something but I am writing about the complete lack of anything. Have I gone mad?

The writer stood up from his desk. He excused himself from the room and walked outside. It was a crisp February day. The light from the sun glistened off the mounds of snow that lay on the ground around him. He sighed. To be perfectly honest, he had hoped that it would be a snow day (he had a test later that he hadn’t studied for). He walked towards the main school. What was happening today? He had deadlines coming up for his next story, and yet he had no idea what to cover. Sports? No, the other workers had that. Maybe a cooking article? But there were no particular recipes he wanted to share. He could always do another humor article, but he wanted to mix things up. Again, he was stumped.

He walked into the main building. Maybe something had happened in here. But when he surveyed the near empty commons, all he could see were half asleep kids struggling to stay awake. He groaned. Was there nothing happening at all? He lazily strolled around the hallway for awhile, when he noticed  something. There was a poster that had fallen off the billboard. He studied it closely.

“Come one come all! Free punch party in the portables!”

He read the banner once more. Then twice. Then a third time over. It was such a strange announcement. Punch? In the portables? For what reason? And why? His mind raced with these questions. He hadn’t heard anything about this. But in any case, it was a story to write about. He walked back out into the freezing cold to figure out what was happening.

When he reached the portables, he was even more confused. He assumed there would be people or at least signs that would point to where the party was. But there was nothing. Just a bunch of closed classrooms. He checked around, hoping to hear party or maybe a few students walking around but there was no one. Not a single hint to what was happening. Just ice, snow and closed doors. Had there been some sort of mistake? He ran back inside to investigate, maybe the banner held more clues.

Welp even I, the narrator, am getting confused. When he reached the board where the banner was, he found it most spectacularly missing. Poof. Gone, like houdini had just cast a trick on it. Where was this leading him? Was this some sort of trick? What was happening? He ran back outside again to make sure he hadn’t missed anything.

He ran outside once more and found himself face to face with the most peculiar sight. There it was, a bowl of punch just outside a room that he had passed. He walked straight up to the student at the bowl.

“Why, it’s a punch party.” the student responded.

“But for what reason?”

“Well, I wanted to throw a punch party.”

“But… forget it. But why weren’t you out here earlier?”

“I was still getting my stuff. Want some punch?”

“No thanks. But what was with the strange banner?”

“Well, I had to inform people about my party.”

“Has anyone else come here yet?”

“No. Actually, you’re the first to the punchline.”