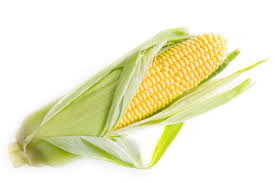 A staple of a Mead local's diet

March 8th, 2018. A local student at Mead (who preferred to remain anonymous) has been expelled due to his allergies. He discovered that he had corn allergies after Mead’s annual “secret festival of corn” which apparently is supposed to remain secret.

Historically, corn has been a very large part in Mead’s past, from the corn battle of 1886 to the great corn famine of 1972, this vegetable has had a huge impact of the development in the town. So to not be able to “partake in the corn” as the locals would say, is an offence to not only the culture, but the people of Mead.

However, this dedication to corn has become the center of controversy. “It’s almost like a cult in some ways” said random city folk passing through. “I was just passing through and some dude wearing nothing but overalls ran by screaming about how ‘we weren’t consuming the corn, the corn was consuming us’ It was really terrifying”. Sometimes it’s hard to decide the line between love and obsession, but it’s clear to see that the members of mead have some obvious corn related issues they need to work out.

The student has commented on this development, saying “this entire situation is just awfully corny.”