Ink and Bone will carry away any true reader 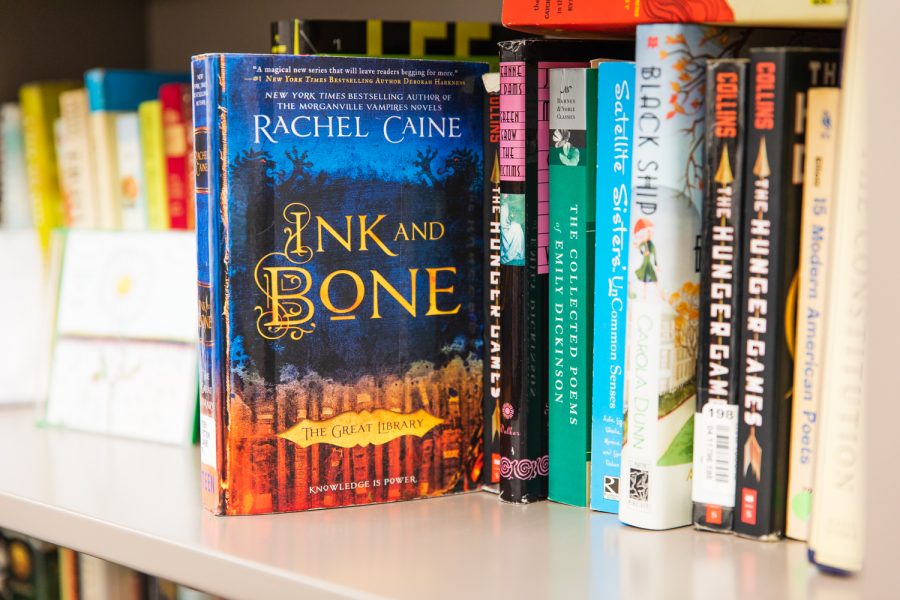 If you’re reading this book review, you probably like books. Here’s a treat: Ink and Bone, a book about books.

The world of Ink and Bone is controlled by the Great Library, a huge network of libraries (duh) based in Alexandria. All original books belong to the Library, and they are made available (well, mostly available) to the masses by the mysterious Obscurists through alchemy (don’t we all love a splash of alchemy in our literature?). The Library is the most powerful presence in the world, more powerful than any governments or religions. Books are worth more than anything.

Sounds awesome, right? Wrong. The Library, and the Archivist who rules all, will do anything to maintain its power, to maintain its control over the knowledge of the world—even sacrifice human lives.

Books are pretty great, and book characters may sometimes feel like better friends than real people, but would you really kill someone over a book? That’s what makes the Burners the enemies of the Library. Burners (yep, you guessed it!) burn books (and people) as political statements against the library: “Hey, we think the Library shouldn’t control, like, everything in our lives, such as our access to knowledge, so we’re going to prove our point by burning ourselves and books! Yay!” I know, right? That’s pretty messed up. Everyone who isn’t a Burner thinks they’re heretics.

The other enemies against the Library are smugglers, who deal in the book black market to sell original copies to people wealthy enough to buy them. This is the category where our main character, Jess Brightwell, resides.

Poor Jess has lived a life where his value is measured by how fast he can run while delivering expensive books through the hazardous streets of 2031 London (hello, steampunk). His father sends him off to train to be a Scholar in Alexandria, where Jess can spy on the Library on behalf of the family smuggling business and help out his Alexandrian smuggling cousins.

So here we have a young British kid going off on a train to school, leaving his abusive family, where he meets a mean teacher, a tall best friend, a super smart girl, and a mean kid whose name starts with D, hoping he won’t be forced into any dangerous adventures. And still going on several dangerous adventures.

So begins the story of Harry Potter, er, I mean, Jess Brightwell. We’ve got a juicy plot set up, which I promise isn’t actually that much like Harry Potter.

I only have good things to say about Ink and Bone. As I read it, I thought to myself, This is a perfectly balanced book. And it is. It’s got just the right amounts of adventure, plot twists, fear, humour, mystery, romance, and, everyone’s favorite, emotional side effects on the reader.

Rachel Caine is a talented author who sweeps her readers into her writing. I gasped, laughed, and jumped when the characters did. I grew to love these characters, but that growth was slow. Caine didn’t dump the character development on me, she drew me in with every little action that makes up a person.

And, of course, she weaves in some wonderful lines that force her readers to think about themselves and their world. Yay, self-awareness! For example: “A human face on an automaton was infinitely more disquieting, because it was all the more inhuman” (Pg. 150). Woah, that was deep. Questioning perception! Contemplating humanity! That’s the good stuff, kids.

I’ll finish up my thoughts with another quote (note: “blanks” are basically Kindles):

“A blank isn’t the same. He remembered holding this book, feeling the history of the leather cover someone had tanned and stretched and cut to fit. The paper that someone had laboriously filled by hand and sewn into binding. Years, heavy on the pages… An original. It felt like an old monk’s story was part of his own. But when he read it in the blank, it was just words, and it had no power to carry him away.” (Pg. 288)

I hope that Ink and Bone carries you away like it did me. Happy reading!

Side note: Another thing that makes Rachel Caine awesome is that she writes the playlist she listened to while writing the book at the end. Click here to listen to her Ink and Bone playlist.