The Chilling Adventures of Sabrina is a new take on an original character with the only downfall being its long, dragged out episodes

Sabrina is back and more "chilling" than ever, in Netflix's revival of Sabrina the Teenage Witch. 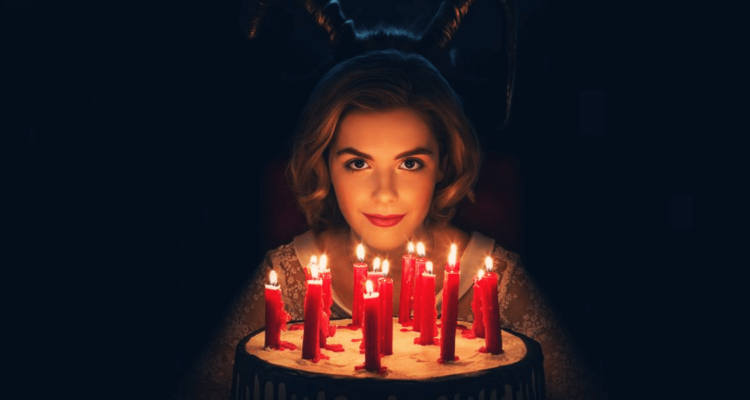 From the director of Riverdale, comes another binge worthy series. Riverdale is a more ‘natural’ take on teenage life in high school, while The Chilling Adventures of Sabrina heads straight into the supernatural with witchcraft and curses while still dealing with everyday troubles. Sabrina’s 16th birthday, which also happens to be Halloween, is the day of her dark baptism where she signs her name in the Dark Lord’s book. But the attachment she has to the mortal world might just be enough to stop her from signing away her life.

Kiernan Shipka (who plays Sabrina Spellman) does a great job at portraying a high school teenager, as her attitude and personality shine through this character and differ her from any other adaptations. Shipka is well known for her role in Mad Men, but she brings an original take on a popular witch most people have heard about and love. The attitude she brought to set and displayed in Sabrina was perfect for the high school setting and helped smoothly move things along.

Her boyfriend (Ross Lynch) didn’t have any spectacular acting scenes, but his importance in the show and impact on the story was clear. Sabrina’s two best friends Rosalind (Jaz Sinclair) and Susie (Lachlan Watson) are very supportive and funny throughout the episodes and really step up in the last few scenes. Sabrina has a great group of friends supporting her through thick and thin, and they prove to be great influences on her.

Rob Seidenglanz (director of both Sabrina and Riverdale) set up each episode an hour long, and jam packed them with so much information, it became hard to follow at parts. Just as the episode seemed to be dragging on and on, something shocking or unexpected would happen and re-grab your attention. That said, this series is binge worthy and has a very entertaining plot and some unexpected character arcs.

The Chilling Adventures of Sabrina: 8/10