“The Gone Away Place” takes readers by a tornado of emotion

Sad and beautiful writing is all you need for a good book (not really, but close enough) 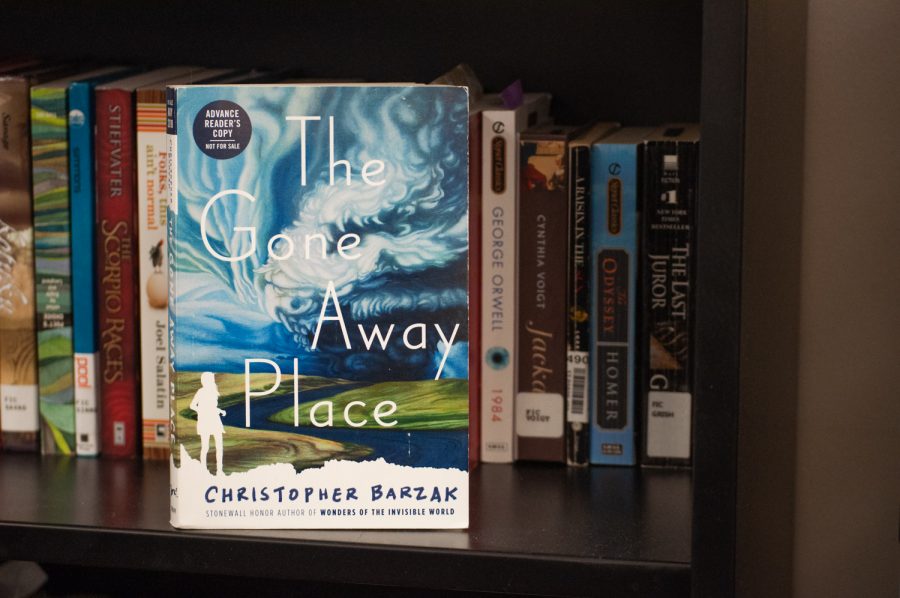 “The girl who sat slumped over in the folding metal chair in front of me wasn’t sure if she wanted to live or die. She couldn’t articulate her problem in those words, but after two decades of treating people who’ve suffered sudden catastrophic loss, I find it easy to recognize the signs. She’d survived when Death came on dark wings and slid his sword through the earth around her. And though she’d survived, she didn’t understand that the sword had cut a wound deep inside her as well, in the most sacred of spaces, and where, unless we could help her, it would fester for a long time” (Page 65).

Oh my goodness, that was gorgeous.

These are the words of the therapist for Ellie Frame, tornado survivor, in the book The Gone Away Place by Christopher Barzak. Ellie lives in the small Ohio town of Newfoundland that was half destroyed by an “outbreak” of tornadoes. The morning of the outbreak, Ellie got in an argument with her boyfriend, Noah, and was so mad and slightly overdramatic that she ditched school to go brood in a lighthouse (Yes, there’s a lighthouse in the middle of tornado territory. Long story.). She dozes off and later awakes to witness her town’s devastation and a gas tank explosion at her school from her safe little hill. All of her closest friends are killed along with hundreds of other victims and… Noah. The boyfriend. Ouch.

At this point, you’re probably predicting, as I did after Noah’s death, that the whole book will be about Ellie mourning her high school boyfriend and fulfilling adults’ stereotypes of teenage drama. If you think this, you’re wrong!

Well, okay, you’re sort of right. But Ellie isn’t that pathetic. Her levels of grieving are perfectly reasonable, and the story goes beyond the main character’s struggles.

Another thing: if you think this book is realistic fiction, you’re wrong!

Ellie starts seeing ghosts. Real-life ghosts. Like, she can touch them and talk to them. The spirits of her friends and other victims are trapped between this world and the supposed afterlife. I won’t go into much detail because this stuff is confuzzling, but basically, Ellie must find a way to help her dead friends! (Cue adventure-movie music!)

Now that you, dearest reader, know the premise and are sufficiently hooked, I’ll get down to the good stuff.

As you may have noticed in my opening quote, the author uses beautiful, symbolic language. I also cannot resist a book that capitalizes “Death.” There’s symbolism everywhere from the characters’ representation to the chapter titles.

The Gone Away Place gets you questioning your freaking EXISTENCE. While reading during Journalism, I kind of over analyzed and convinced myself I wasn’t alive unless someone acknowledged my presence in this world. No one talked to me for about twenty minutes (which, thinking back, makes sense since I was reading), so I had a mini existential crisis. It happens all the time; don’t worry.

The only big problem I had with this book is the author’s frankly wussy attempt at diversity. One of the ghost friends told the story of her gay brother’s rejection from her Christian family. It was sad and all, but I felt like Barzak was just crossing “queer characters” off his diversity checklist. Same deal with the only character he explicitly mentioned was not white. He went all out with Japanese traditions and symbolism for a chapter or two and then continued with absolutely no racial diversity. Sure, this takes place in a conservative small town, but you can’t just toss in a gay character and a Japanese character for a bit and ignore them the rest of the time. The story could have survived without them, and it could have also benefited from their further involvement.

If you don’t mind this lack of diversity and enjoy depressing but exquisite writing, The Gone Away Place is the book for you. The story itself is entertaining, and it also encourages readers to tell their own stories.

In the Author’s Note, Barzak says, “In this new world where we’re experiencing more frequent extreme weather events due to a changing climate, and natural disasters continually threaten, it seems we should brace ourselves for more challenging times, not just as individuals, but as communities, both local and global We will need one another to recover and to grieve all that we have lost and may still lose It is my hope that this book might serve to make others experiencing tragedies of this kind feel less alone as they find their way forward in their own stories” (Page 294).