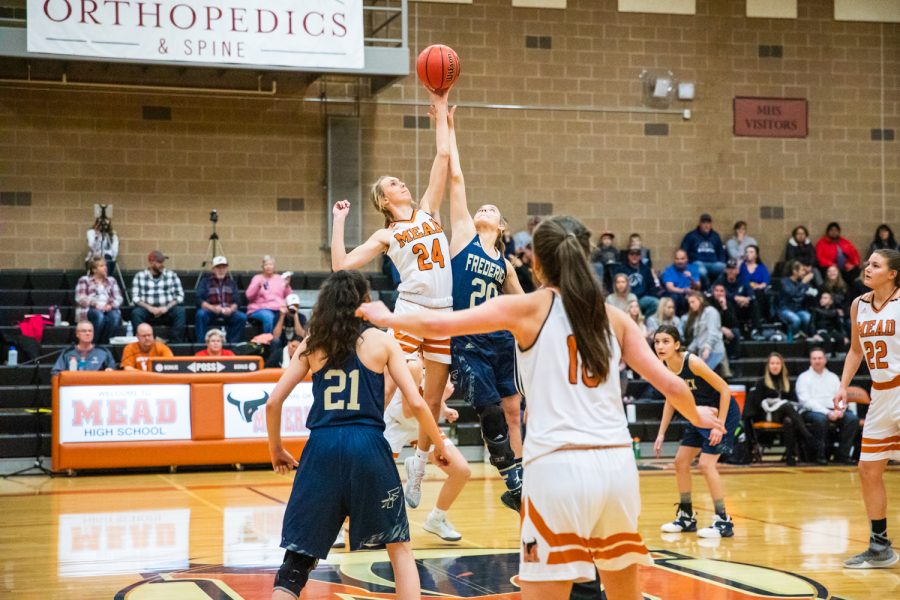 Hailee Martinez, #10, sophomore, is the Girls Varsity guard. Martinez felt like she could have played better. She knew going into this game that it was very important to her, even more so since she went to Frederick and she knows a lot of the Frederick girls.

Martinez didn’t feel like the team prepared enough going into the game, but all the girls on the team understand who they are playing and what competition they will need to bring to the table.

Abbey Glynn, #24, senior, plays point guard for Girls Varsity. Glynn didn’t like the end result of how the game ended knowing that it is such a big game for Mead. She felt like she could have done things better during the game like pulling the team together and making the game fun for her teammates.

According to her, they went into the game a little cocky and lost a lot of energy after the first quarter. She has a lot of trust in her teammates and knows that on their upcoming game they will play hard and won’t look back on previous games.

Mead played a very hard game against Frederick and everyone on the team would have loved to bring the game in as a win, but they ultimately fell short. Mead practices hard and plays hard and they will continue to play hard throughout their season. Girls Basketball will be ready and prepared to play them next time so Frederick will have their work cut out for them.