Administration officially announces that the new start time for MHS is 7:45 and releases the new schedule 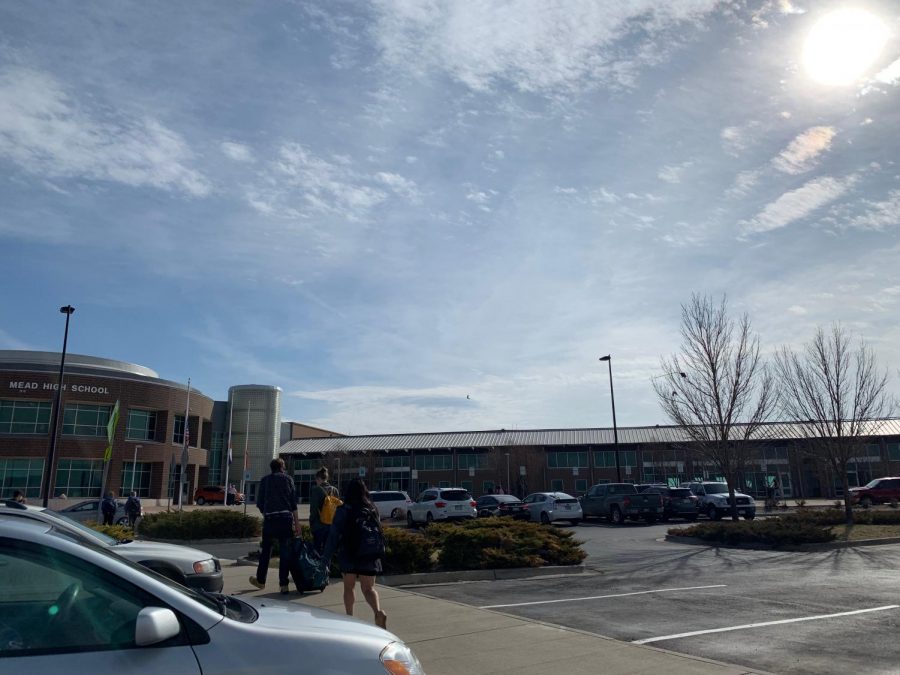 Sorry, seniors, and you’re welcome, incoming freshman — it has been officially confirmed by admin that next year, Mead High School will have a new start time.

Now joining the trend of later start times, Mead’s start time will officially be 7:45 AM. According to Doug Gordon, our Dean of students, this start time was a district decision.

This, for many students and teachers, is a relief and something to celebrate. But others could be disappointed or frustrated by the new start time.

“I think it will be an improvement for students and attendance because there are studies that show the effects of start times,” explained Danae Costello, sophomore.

There are many studies that have been done on the debate of start times, including one from the University of Washington. This article explains that the studies that were done on students from 18 of Seattle’s Public High Schools when their start time was moved almost an hour later. They found that by moving forward start times, students got more sleep on average and performed better in school.

“School start time has serious implications for how students learn and perform in their education,” says Horacio de la Iglesia, a professor of Biology at UW.

The main goal of later start times is for students to get more sleep, to physically and mentally wake up, and to be prepared for the day. This could be beneficial for many students and teachers, who at Mead are used to being at school by 7:15 AM.

Although there are studies that have been done about later start times and their benefits to students, there are some people who don’t agree with this new schedule. Some students are concerned with the fact that if the school start time is pushed back, then that means after school sports will have to start later.

With everything starting later, students are concerned that their work and sports schedules might not line up and that they still will not get the sufficient sleep that the later start time seeks to achieve.

“Having school and sports go later could affect my job and sports being compatible,” explained sophomore Brenley Bruxvoort, who added, “It’s still school, time won’t change the attitude of students.”

Gordon explained that the new start time didn’t come easy for Mead High School. Our principal, Rachael Ayers, had been pushing this change for a while.

The main problem with Mead pushing back their start time is having the time and resources to transport kids to schools at the correct times, especially to a rural school like Mead. As Gordon explained, the district is finally at the point where they have enough financially to have to hire more people for transportation to and from school.

With the help of admin and teachers, the schedule for next year will be as following: