Mead has been without a Student Resource Officer since mid-April

While concerning to some and not others, officials have confirmed MHS will have new officers next school year 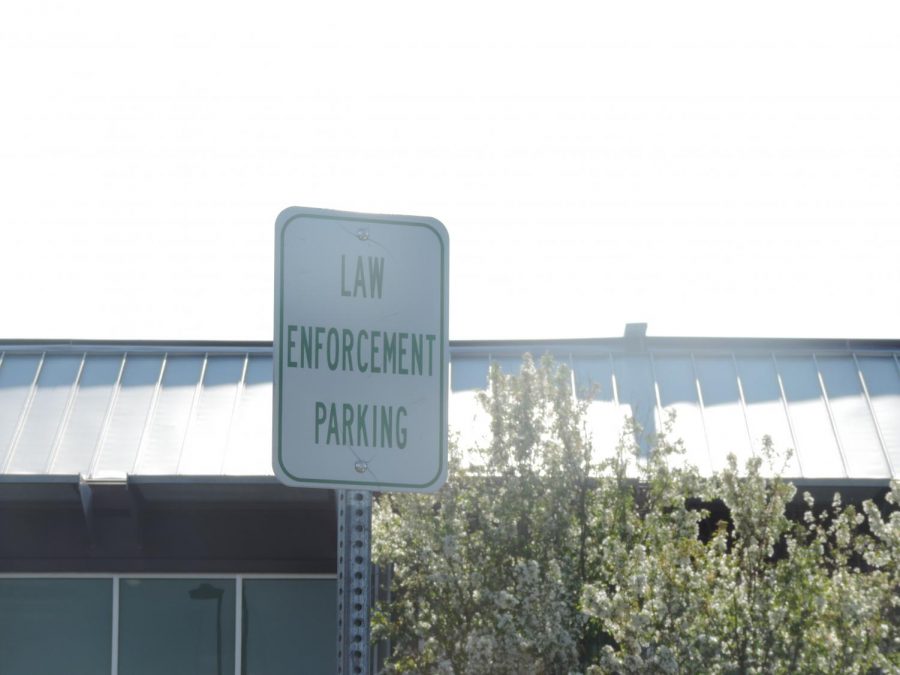 With all of the fears and threats of school shootings, students, faculty, and community members have a heightened concern about school safety in general. SROs, or Student Resource Officers, are one way that schools maintain safety in a learning environment.

An SRO is the only individual who is a certified police officer and is allowed to be armed on school property. The SRO helps provide a feeling of safety for the school community.

“[SROs] are a layer of protection that no teacher or administrator can offer,” explained principal Rachael Ayers.

As of Tuesday, April 16, Mead High School has not had a School Resource Officer during school hours after Officer Jennifer Fine-Loven quit the Mead Police force. Officer Fine-Loven did not simply quit her position as an SRO but left the profession entirely.

This was a concern to some because of the school cancelation due to a safety threat on Wednesday, April 17.

By law, an SRO is not required to be in schools although it is highly suggested by the SECURE State and Local Policy Rubric—a document that acts as a guideline for school safety and explains how to hire an SRO.

SROs are provided to schools by the city police department. This depends on how many police officers are available and certified to be on duty as an SRO for the school.

Administrators do not have a say in the hiring or firing of SROs, though there is an ongoing contract between the school district and local police.

SROs report to the Mead Police Department and take orders from the department first. According to officials, there is a relationship between Mead High School and the local police department.

“It’s a conversation with the school district and the Mead Police Department as well as collaboration with Mead High School to get an SRO in the school,” explained Chief of Police Brent Newbanks.

There is a feeling of importance and need for an officer at the high school by teachers and students.

As sophomore Danae Costello expressed, “It is important to have an SRO because they are trained officers, and their main job is to protect us and the school.”

Along with Costello, English teacher Mrs. Nichole Rue stated, “It is important to have an SRO for everyone’s safety as well as giving the school another set of eyes to maintain safety.”

“SROs add a sense of security and safety to the school,” added sophomore Zakary Craig.

That being said, other students and teachers don’t necessarily feel a need for extra security.

Sophomore Andrew Hwang explained that he felt safe in the school, saying, “I don’t notice much of a difference with or without an SRO present.”

“I feel that my space is not more or less safe at any time,” Family and Consumer Science teacher Mrs. Katie Saenz expressed.

This opinion is also agreed upon by junior Grant Barnes, who explained, “I don’t feel threatened at school and the people here are safe.”

Although there are different opinions about SROs, it is agreed upon by Mrs. Ayers and Chief Newbanks that it is beneficial to have an SRO in Mead High school.

“We’re in the process of hiring three additional quality trained officers this summer,” explained Chief Newbanks, adding that, “As soon as possible, we will get two full-time officers at Mead High school.”

After the publication of this article, several new items came to light. Following are direct quotes from a recent email sent to school staff from Mrs. Ayers:

We will have a Mead PD officer here during high volume movement in the school – before school, lunch, and after school
Now, until the end of school, we will have a police officer committed for 1 – 2 hours per day and working with the middle school and elementary as well
Our head of security for the district is on call to us at any time
We will have security sweeps during evening hours each night up to graduation by an outside security company starting May 13
No senior pranks will be tolerated

Mrs. Ayers also shared that there will be 3 police officers at graduation managing traffic and the crowd.

*An earlier version of this article incorrectly stated the school was closed due to a safety threat on May 17; it was closed on April 17.