I’m about due for a few reviews, huh?

The school year is starting back up again, which means the return of my TV and movie reviews for The Mav 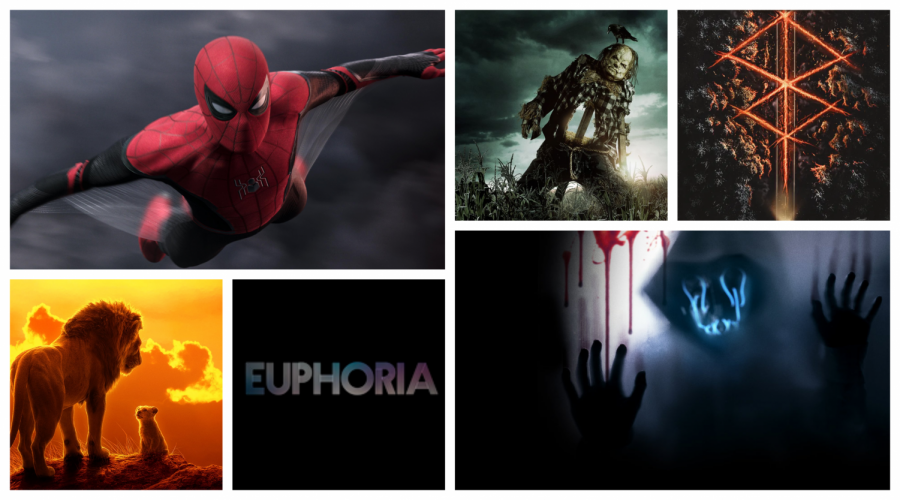 This summer was full of new and exciting TV shows and movies, and I briefly reviewed some of them here for you to read. I’m excited to keep reviewing movies for The Mav, and this upcoming year is packed with great movies I’m excited to review.

Slasher (Season 3): 10/10 – Unlike the first two seasons, this new season introduces characters that are relateable, a killer who was very unsuspecting, and gruesome/bloody killing. The last few episodes perfectly teased at who the killer was, and the “big reveal” was still great even though I had it figured out.

Brightburn: 8/10 – The dark and evil “Superman” take on this movie worked fantastically with its great director James Gunn. The movie was perfectly paced, and I felt engaged the entire time, so much so that the horror elements snuck up on me a couple of times and made me jump.

Booksmart: 9/10 – Beanie Feldstein and Kaitlyn Dever, who play the two best friends, carried this movie from start to finish solely on their humor and emotion. The entire movie was a laugh, and there were a few serious moments that really hit home.

Ma: 5/10 – The trailer gave way to much away, the pacing was really slow, and then everything just came to an end. The killing and torture scenes were gross (and not in a good way), and Octavia Spencer’s acting is what saved this movie from being a complete failure.

MIB: International: 6/10 – Remakes rarely turn out as good as the original, and unfortunately, that’s the case here. Chris Hemsworth and Tessa Thompson were a great duo and were very funny together, but the story just became more and more predictable as the movie went along, and it got very boring at parts.

Spider-Man: Far From Home: 10/10 – Spider-Man is my all-time favorite superhero, so take this as a biased perspective. I enjoyed everything about this movie. The cast was incredible, especially Peter and MJ’s romantic tension. It’s probably the most accurate teen romance I’ve seen in a movie in a while. The CGI for the elementals and Mysterio was fantastic (especially the illusions scene, it was handled perfectly and gave comic book fans even more to geek out about), and Spider-Man’s new suit was the best part of the movie for me. The mid-credit scene surely set up a worry-some future for our web-slinger, but I have no doubt that director Jon Watts will deliver that new storyline perfectly. However, we will have to see how that pans out with Disney and Sony’s recent dispute over the Spider-Man character.

The Lion King: 10/10 – The graphics team did such an amazing job with making this movie not only look real but feel real. The emotion was there when it needed to be, the humor found its place easily, and the new cast with such familiar music only enhanced the overall experience. Going into the movie you should remember it’s not a COMPLETE REMAKE of the original, it’s a LIVE ACTION RETELLING, meaning it’s meant to look like REAL lion cubs and REAL hyenas.

Once Upon a Time in…Hollywood: 7/10 – Great acting and action, but the overall slow pacing and mood of the movie nearly killed it for me. The last ten-ish minutes picked up the pace drastically, creating a very exciting ending.

Scary Stories to Tell in the Dark: 8.9/10 – For the PG-13 rating and young audience the books have attracted over the years, this movie did a great job. Nothing too intense or “scary” but also nothing too cheesy. I remember reading these stories around a campfire as a kid, and seeing them finally brought to life on the big screen was like a nightmare come true.

Euphoria: 10/10 – *very graphic, and dives deep into very touchy subjects* Hands down, this was the best TV show I’ve seen in my life. The camera work, scene transitions, music, cast, characters; there wasn’t a single problem I had with this series other than it ending so soon. Full review coming soon.