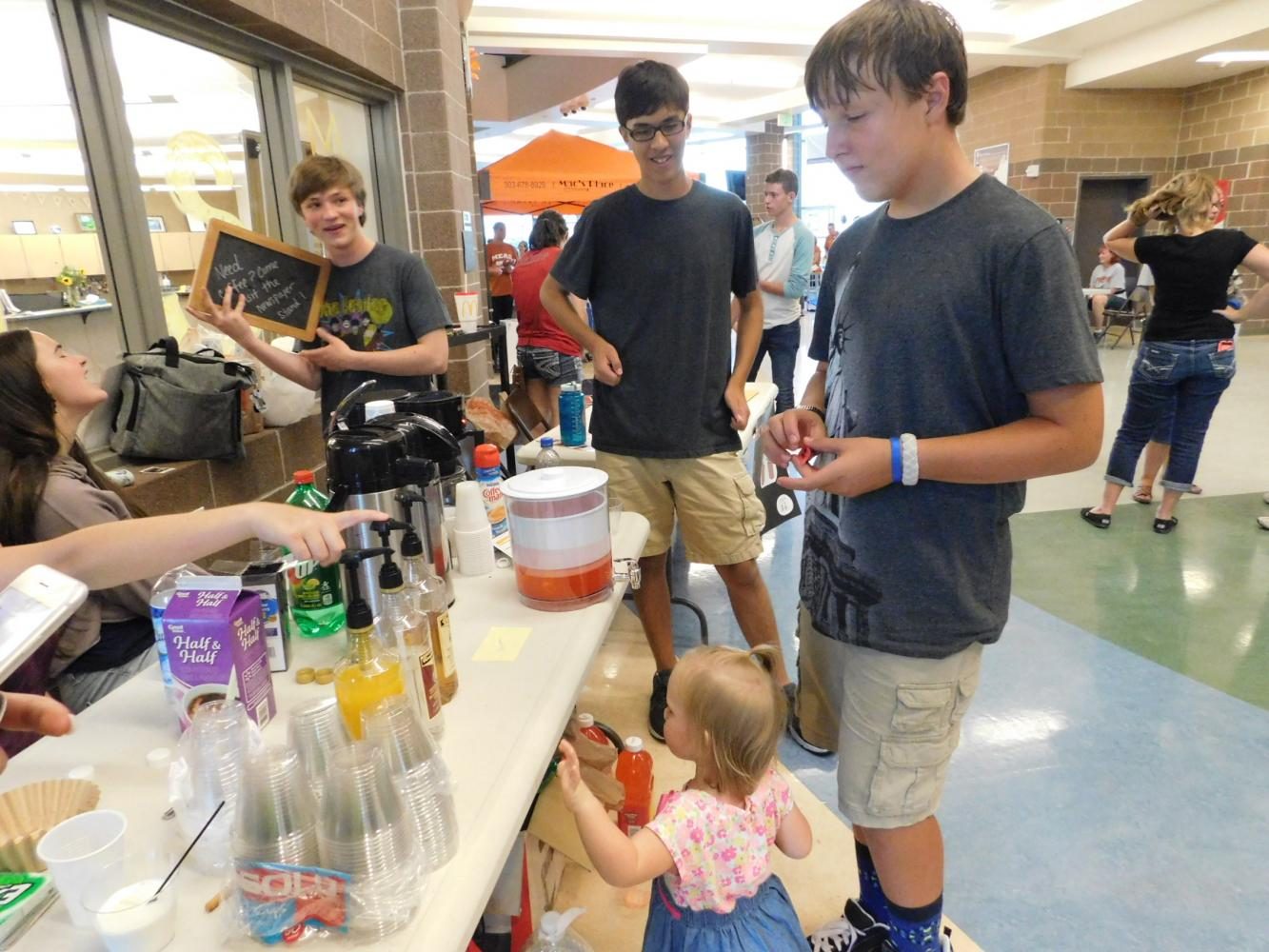 Students from The Mav gather around their fundraising stand at the Mead HS Round Up on August 18.

August 30 2017 at 9:15, according to new sources, apparently the high school “Mead High school” has  an online newspaper. Almost no one saw this coming or even knew when it went up.

Local student Jared Overturf commented, “Is this something to do with the eclipse? Wait, I’m in that class. What do we do again?” Jared mysteriously disappears at second block on B days for about one hour and thirty minutes. Of this time, it is thought that he goes to the “newspaper” class.

It’s currently unknown how this class operates or if this class even exists, but there are reports of “The Mav Newspaper” showing up at events including the Round Up, which occurred two weeks ago.

When asked about his position on the newspaper, student Garrett Schroeder said “Oh dang, thanks for reminding me; I have to write an article for Wednesday,” leaving our reporters convinced Mead does indeed have a newspaper.