This was the best book of my summer

It’ll give you laughs, tears, existential questioning, the whole shabang 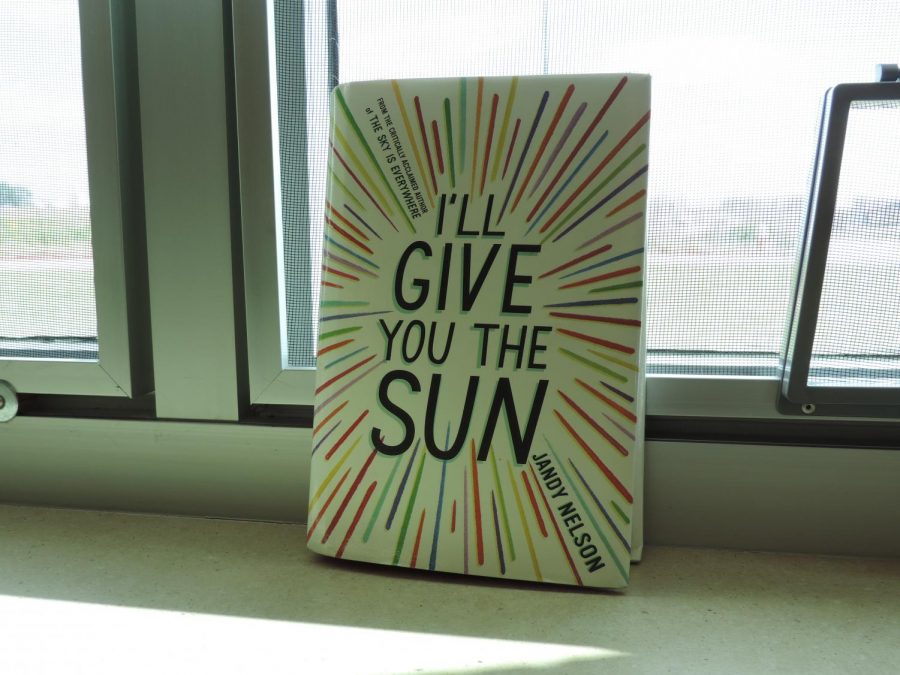 ARE YOU READY to hear about the best book of my summer?

I’ll Give You the Sun by Jandy Nelson.

This book was recommended to me by a friend who isn’t usually a huge reader. It’s her favorite, and she has pretty good taste, so I decided to give it a try. Besides having my friend’s positive reaction, it won the Printz Award and Bank Street’s Josette Frank Award, and it’s a Stonewall Book Award honor.

I’ll Give You Sun is structured kind of weird. It’s the story of a twin brother and sister falling apart and coming together again, and it’s told from both of their perspectives. The weird part is that Noah, the brother, tells his part when they’re thirteen, and Jude, the sister, tells her part when they’re sixteen. In the three years between these narratives, the twins lose their mother, and Noah is rejected from a prestigious art school. These events make Noah and Jude switch places.

Noah the 13-year-old is a chaotic artist that thinks in paintings—oh my goodness I love that part of him so much, but I’ll talk more about that later—and worries about being gay. He is very close with his mother, but his surfer-dude father is like a space alien. When Brian, a baseball player always looking at the stars, moves to Noah’s street, Noah is blown away.

Thirteen-year-old Jude is “that girl”. She goes to parties. She wears short skirts and lipstick. She surfs with high school boys. Her mom is not a fan of that. Jude also idolizes her recently deceased grandmother and her “Bible”, which is full of superstition rules. Jude is constantly going to the Bible for guidance in every conceivable matter.

Noah always said that Jude and the other popular kids were covered in fire retardant. He and Brian were revolutionaries. They were on fire.

But 16-year-old Noah is drowning in fire retardant. He’s turned into a popular kid like 13-year-old Jude and even has a girlfriend. And he jumps off dangerous cliffs into the ocean for some reason.

Sixteen-year-old Jude is likewise flipped. Her hair is chopped off, and she hides in baggy hoodies. Her only companion is the “ghost” (aka hallucination) of her grandmother. She claims her mother’s ghost is destroying her artwork, risking her spot at the art school. Jude insists she will be able to satisfy her mother’s anger towards her for being “that girl” if she carves her mother into stone. But there’s only one sculptor who could teach her the art of stone, and he isn’t even accepting students.

And so the story begins. You would think that the second timeline spoils everything in the first, but the truth is that they weave together so that you never know what will happen in either. Sometimes 13-year-old Noah knows facts that are critical mysteries to 16-year-old Jude. The twins are much too secretive, and death and scandal make everything even murkier between the two.

Everything about I’ll Give You the Sun is gorgeous. Noah, every once in a while, will say something like: “(PORTRAIT, SELF-PORTRAIT: The Boy Who Watched the Boy Hypnotize the World)” Oh my goodness! Isn’t that great? Isn’t that deep? Man, I love deep stuff. If you don’t find some speck of joy in deep writing, you’re doing life wrong.

Jude does a similar thing by putting in entries from the Bible: “Nothing curdles love in the heart like lemon on the tongue”. Who knows, maybe her crazy stuff is actually real. Don’t get mad at me if your love doesn’t curdle enough when you suck on some lemons.

These little inserts bring the twins’ personalities to life so well. It’s like the book is illustrated or they’re actually talking to you. Noah and Jude don’t have typically loud personalities, but the writing makes everything so clear in such a beautiful way.

And the other characters are freaking amazing. Like, I would literally die for them… If they weren’t fictional. That’s the real tragedy. Talking about them is kind of a spoiler, but trust me, you’ll ADORE them. They’re so complex and unique and diverse and special and… you get the point.

In summation, not reading this book would be a life mistake. I’ll Give You the Sun is an insight into the soul of… well, everything. It almost has its own soul. It will wreck you and then put you back together again.