JV Softball team remains undefeated in yet another game

The JV softball team pulled off another incredible win against Roosevelt 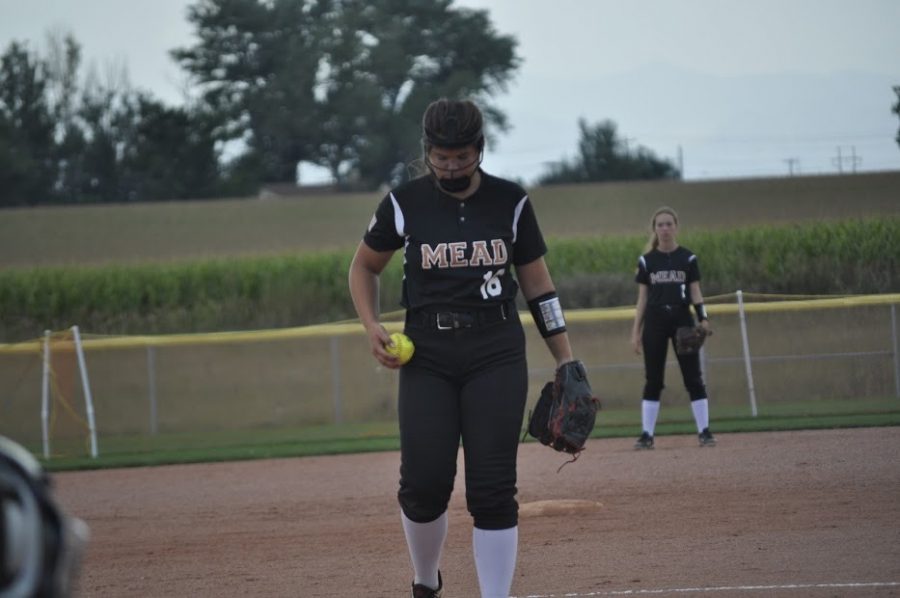 September 10 was a cloudy Tuesday. Parents and families crowded the stands of the softball fields ready to cheer Mead on. As the players huddled, people became very excited and restless for the game to begin, along with the team eager to win.

Every player paraded to the mound, showing no fear, ready to win. Roosevelt fought back, but Mead stood strong and showed no weakness.

The team stood steady at the beginning of the game and pulled some exceptional pitches and bats. Standing at home plate, Carlie Nagy (’23), #13, threw some pitches to knock Roosevelt off their balance.

“It’s been a great season,” said parent Michela Campbell. “I’m very excited [about the game] until my daughter gets hit.¨

As the game went on, the girls kept crossing the home plate, adding points to the scoreboard. They all worked really well as a team and were able to pull off a strong win.

Overall, the girls all came together as a team and played very well, taking the win with a final score of 7-4.