This boy asked me out to Homecoming. We went and had a good time but now he won't hardly talk to me. What do I do? 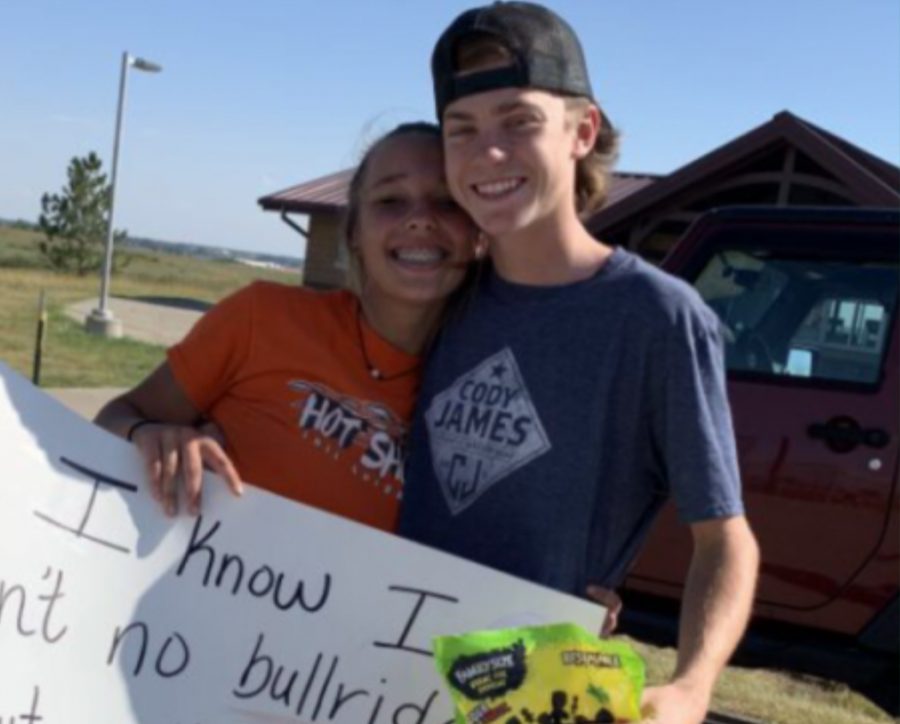 Caresn Richart and Veronica Elsis head to Homecoming together.

2019 HoCo here at MHS has passed and a crisis has risen: the date that asked you out to Homecoming is now refusing to talk to you. They may have chatted with you before and during the dance, but all of a sudden, they cut all ties. They won’t call you or answer your texts. They won’t Snapchat you back. They won’t let you just sit and talk to them during lunch.

When I was advised to write an article about this issue, I really didn’t know how to start. I just went to HoCo with a few close friends, so I don’t have any personal experience. However, I tried my best to give advice that would be helpful and useful.

The first piece of advice that I have for this kind of situation is to sit back and think. If your HoCo date is the type of person that asks you to a dance, then completely ignores you afterward, then why are you continuing to put so much time and energy into them? As important as high school is, almost no one meets their future partner in high school. I know that I sound old saying that, but it’s true!

Being attached to someone who isn’t necessarily the best for you can be very damaging. Relationships and dating are wonderful when there is respect and people are comfortable talking to each other. If that isn’t there, then it doesn’t seem like something you should be draining yourself over.

Of course, the situations vary so this might not always be the case.

Another very important thing is that you should be able to do the talking. Whether the person who asked you out is male, female, etc. it is no one’s job to always do the talking. We’re striving to get rid of gender stereotypes, not fuel them.

Don’t always get on their case for ignoring you. Who knows, maybe they think you’re ignoring them.

I’m just saying that anyone can do the talking. In fact, it should be pretty equal. If you’re frustrated with them for ignoring you, don’t ignore them back. Give them a little nudge in math class and ask them if they’d like to sit outside with you at lunch.

Something else to consider is, do you know why they’re ignoring you? That might be something to find out. Perhaps they’re trying to focus on their grades, or maybe they have some family issues right now. They could also just be nervous to talk to you. It happens.

So, give them a little slack, especially if you’re both new to this whole thing. Obviously don’t let them just ignore you forever, but still, be careful about what conclusions you’re jumping to. They most likely don’t hate you or regret asking you out. Just look into the reason a little bit more than what you assume from a distance.

But, with those pieces of advice, I wish you all good luck with your various HoCo crisis situations.