Welcome to our series. We have partnered with Athletics to showcase students who excel in sports and academics and recognize them for their hard work 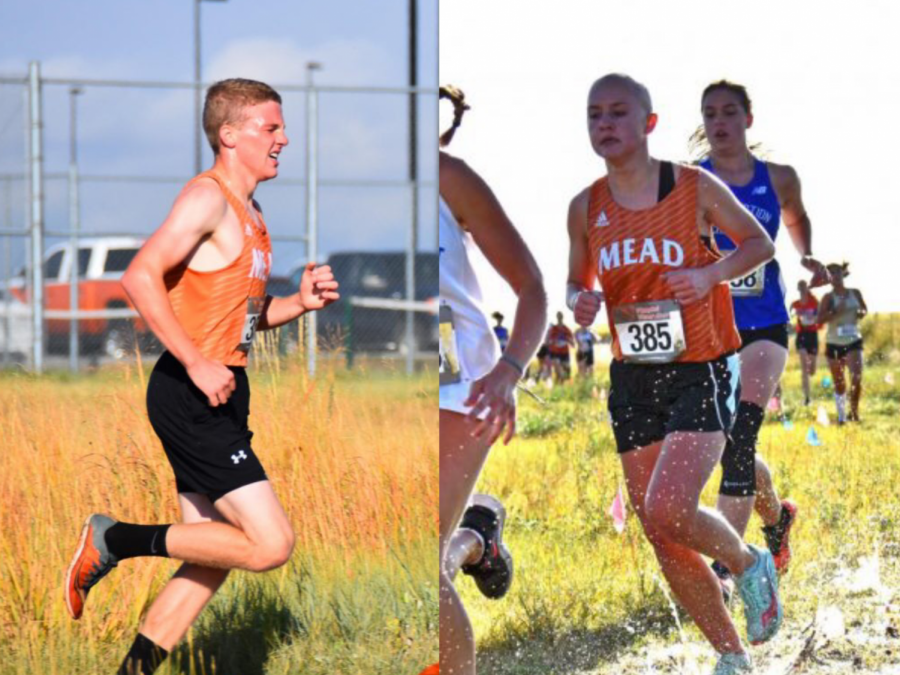 Scholar athlete is a series that The Mav will be doing while working alongside the athletic director, Chad Eisentrager. Through this series, we will visit two different sports each month and, with the help of Mead’s head coaches, we will nominate a scholar-athlete of the month. This athlete not only excels in their sport but performs extremely well academically. Take a look at our first article from August.

For the month of September, The Mav looked into Cross Country; the students that were selected are Kenna Stephen and Keegan Caldwell.

Keegan Caldwell (‘21) has been doing cross country for two seasons. Caldwell maintains a 4.2 GPA while also succeeding at cross country. Caldwell recently was the top finisher at the Mead Stampede cross country meet finishing with a time of 16:25.

“Keegan is an AP student with excellent grades and determination in the classroom. He is also our top runner, winning the district meet and placing on the podium in every other meet we have [ran] so far this year,” said Head Cross Country Coach Christopher Reynolds.

Caldwell said, “I think it’s cool [to be the scholar athlete].”

In order to help him keep a high GPA, Caldwell said that he “Prioritize[s] school and athletics over other things.”

Kenna Stephen (‘21) has been involved in Cross Country for three seasons as well as maintaining a 4.3 GPA.

“It was hard to figure out time management [between sports and school], but you figure it out after a while,” explained Stephen.

“Kenna is an excellent student, she challenges herself and makes each class she is in better. She has become more dedicated as a runner and is one of the upperclassmen leaders on the team, running her third straight year on varsity,” stated Coach Reynolds.

To keep up with both athletics and academics Stephen says she “uses the little time [she does] have to do homework productively.”

These athletes keep school and their passions as equal priorities and work hard to be able to succeed at both.