Here are my thoughts on the “controversial” film, Joker 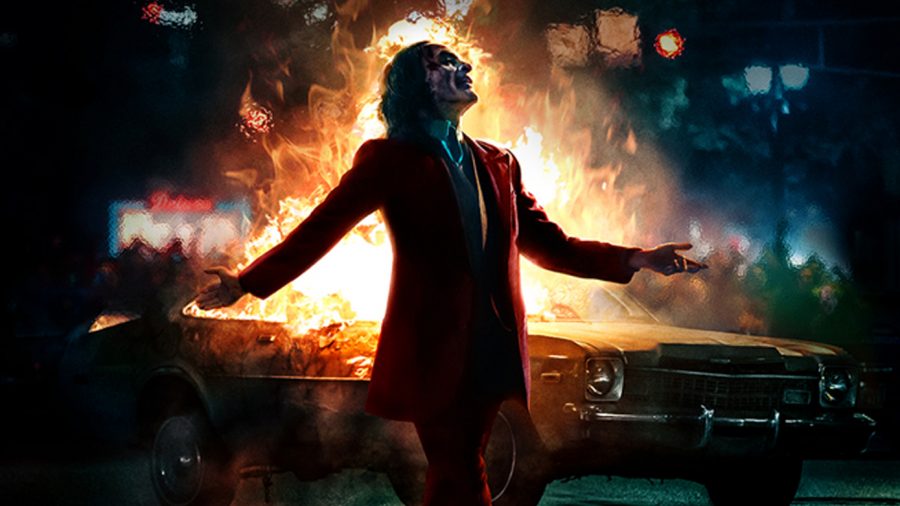 Before its official release, Joker was arguably the most talked-about movie this year, for every wrong reason. It had social media in an uproar, sparking controversy among fans; many movie-goers were scared to see it in theaters, partially including myself.

I had my concerns because, I, too, was caught up with the social media scares. Why? It’s just a thing that happens when you see negative things everywhere online. Open Instagram —boom— “Joker is NOT a laughing matter.” Open Twitter —boom— “Joker is NOT a movie for your kids.” Seeing that all over the internet, where every kid finds themselves at least once or twice a day, has you thinking that it must all be true.

After seeing the first trailer, I was excited for a dark, gritty movie just before Halloween. A fresh take on the origin story of a popular villain sounds amazing, especially since the upcoming year is filled with fewer super “hero” movies than years past. I thought DC would also (finally) hit its mark and make something watchable. A movie without dramatic hair flips or…Jared Leto. But I was scared away for a while from the negative feedback online.

Soon enough, opening night reviews came flooding in on almost every newspaper site. And to my surprise, there was way more positive than negative reviews. Tons of praise for Joaquin Phoenix and many claiming it was an Oscar-worthy performance brought my hopes up enough to get tickets the very next day.

With that out of the way; here are my thoughts on the film, disregarding all that “talk.”

I’ve seen a lot of movies. Like, a lot. So when I say Joker takes the crown for “most disturbing” movie I’ve ever seen, that’s out of a huge number of candidates.

The whole movie consisted of two very strong emotions: sympathy and hate. The two are polar opposites, but alternate scene after scene. One minute you’re watching him get torn apart by society, then the next minute he’s killing people and laughing about it.

Arthur deals with multiple mental illnesses, and the story follows the struggle of his every-day life (or just his descent into madness). The “Joker” aspect of Arthur Fleck is his laughing condition called PBA (pseudobulbar affect). This makes him laugh uncontrollably, conveniently at the most inappropriate times. It either gets him into the situation where he’s getting beat up, or it’s after the murder he just committed.

The character development of Arthur was incredible. His journey was so entertaining to experience and had some of the most fun-to-watch disturbing scenes I’ve ever seen. The killing was especially brutal, as it seemed so real and stuck with me the entire movie.

One minor problem I had was the pacing. Because they took such caution with setting up his character, it left for multiple slow-moving scenes. If you’re not willing to immerse yourself with this movie, then prepare for a slow and boring experience. But, if you get into the story and live with the characters, then it makes everything so much better and the movie is much more exciting to watch.

With all of that said: this film delves deep into the topic of mental illness and the effects society can have on a person. There are many, many, disturbing scenes that can get into people’s heads for one reason or another. So if you decide to see this movie, just be warned. Go in with caution, and prepare for the literal worst (in the best way possible).