Many community members may not be aware of our new, inclusive class 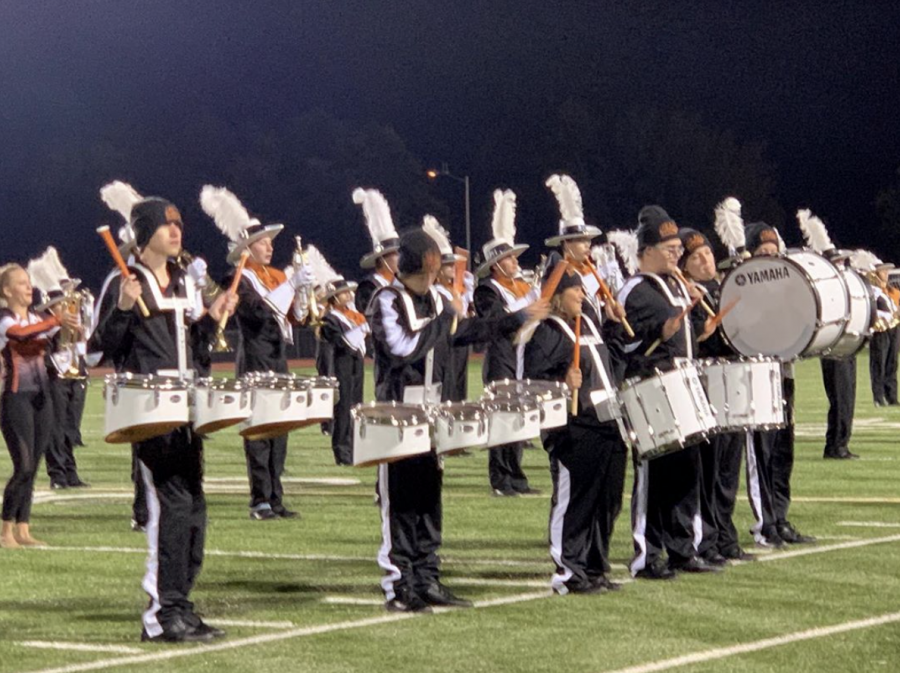 Unified Percussion is going to be involved in various events throughout the school year such as football games, pep rallies, SVVSD Band Night, and more.

Although many people in the school and community have heard about Unified Sports—a way for Students with and without disabilities to play sports together—most may not have heard of Mead’s new class: Unified Percussion.

Mead High School’s Band Director Chad Lemons explained that “the Unified Percussion Ensemble connects students with and without intellectual disabilities. The ensemble is comprised of student mentors with previous experience in a music ensemble, and 11th and 12th grade students in the Exceptional Learning program.”

According to Lemons, the goal of this new class is “…to provide a musical opportunity similar to the athletic opportunities Unified Sports has created.”

Josiah Green (‘22), a member of Unified Percussion, said, “I like the drums… that’s what I mostly play.” Later, he explained that he joined the class because he believed “it was [going to] be fun. I like it.”

“This was my vision and dream and with the support of our administrators, we were able to bring this class to life for the 2019-2020 school year. It took all of last year (2018-2019) to develop and create this class,” said Lemons.

Lemons also said that he has spent a lot of time trying to develop this class along with Mead High’s Special Education teacher Amber Vanzant and Executive Director of Special Education Laura Hess at the district level.

“I am so thankful to Mr. Lemons for starting this program,” said Vanzant.

When asked what Vanzant wanted the community to know, she said, “Music has proven to have a positive impact on learning and brain development. This class gives students with disabilities a chance to learn new skills, interact with peers, and have an opportunity to show the community what they can accomplish.”

Unified Percussion is going to be involved in various events throughout the school year such as football games, pep rallies, SVVSD Band Night, and more.

“I am so proud of these students and how hard they work… Mr. Lemons is doing an amazing job including them in with all the other students.  It builds their confidence for sure,” said Anderson.

Jamie Mendez, a parent whose student in Unified Percussion, said, “I was very skeptical of the class at first. I did not think Kylee would like it because she had participated in a drum class when she was younger, and she did not like it at all. But this class is very different.”

While other schools have music classes for students with special needs, “[Mead is] the first school in SVVSD to create this type of class and we believe we are the first domino to fall, and classes similar to ours will begin popping up around the district and state… We can’t find any other schools with [similar] emphasis on performance and integration into marching band performances or featured during halftime at a basketball game, etc,” said Lemons.

Catherine Cook (‘20), a student helper, says, “I really like being able to help them and be there with them. And [I also like] to support them and be that support person for them. It’s just really cool.”