Is Boys Varsity Soccer’s loss in regionals overshadowing the victory that got them started?

As the boys end their season with a loss, they celebrate their chance in regionals 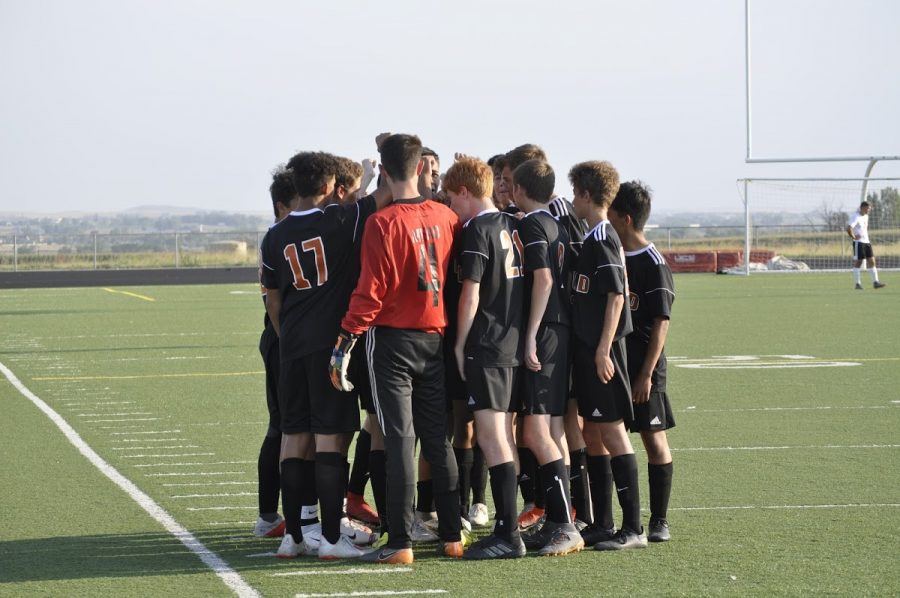 Finishing out their sixth season, the boys have had their best season yet, but sadly, their last game on October 22 against Frontier Academy did not go as planned. The boys hoped to win the game in order to move on in the season. They stuck together and wished for the best.

“The team has come together as quite the brotherhood,” explained Diego Cordero (’21).

As chance would have it, the team moved on to regionals, and their first game to start it off was on November 1 at 6:00 p.m. Unfortunately, the boys lost the game, which meant they couldn’t move along in regionals.

“We can just improve the opportunities that we get every game and when we do, capitalize that it is important to recognize that and take that into consideration,” said Winston Sears (’22).

According to Fernando Contreras (’22), they entered the game to regionals “too cocky” and sadly lost the game which ended the season. But this still gives the team a chance to improve next season. They had a great time working together, building a bond between each other.

“Its kinda sad, but if you look about how much we overcame since last season, it’s kinda crazy,” said Emileo Chavez (’20).

Even though the regionals game didn’t go as planned, the boys still found an opportunity to improve their soccer skills. They may have not succeeded in playoffs, but the boys achieved something that, in Mead’s history, has never been done before.