An insight into local veterans Al Roettger and Ernest Covington 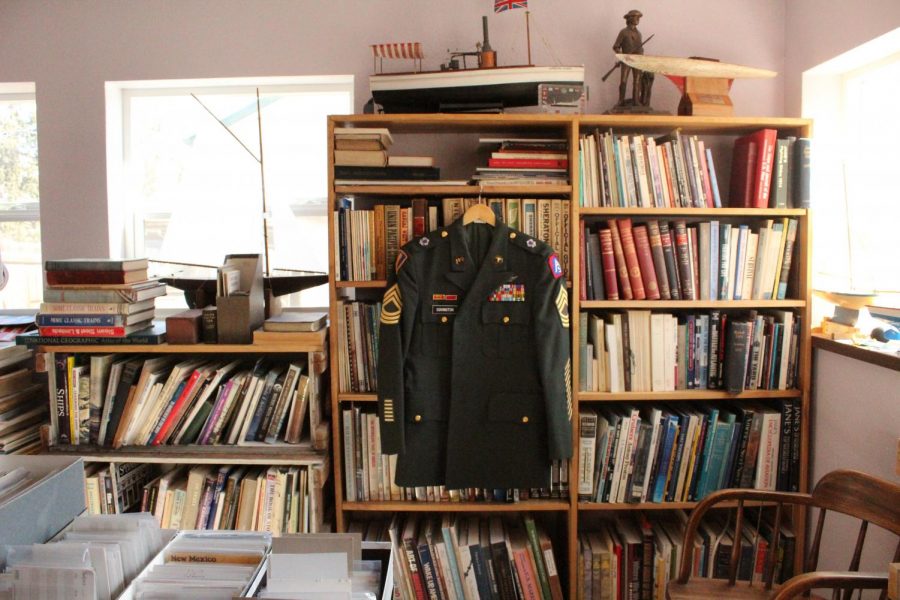 The Mav and I had an opportunity to visit two Vietnam veterans named Al Roettger and Ernest Covington at their homes in Denver.

Both of the veterans’ houses felt like home. Along with the hospitable feel, both Ruerger and Covington were very kind and helpful while welcoming us into their homes.

The two residencies had designated spots where metals and artifacts from their service time were displayed; some were on the wall above desks and others were in doorways.

The opportunity of being invited into the homes of people who helped give America the freedoms it has today and hearing about their experiences was something that I will never forget. Meeting these kind and inspiring men was something I wish people my age could do more.

Al Roettger was a Vietnam helicopter pilot; he joined near the end of the Vietnam War. Al was in training for a year and served for two years and three months.

Roetlger enlisted in the military two days before receiving his degree and was drafted two days after he got his degree. “It was funny that I got drafted considering I had enlisted five days prior,” said Roetlger.

Because his father was in the military, he knew it was something he would pursue. When he got into the military, Roettger got to choose what school he wanted to go to. Roettger decided to go helicopter school to become a pilot.

Al was the “new guy” in the crew, but after being with the same crew for years, Roettger to formed close relationships with the people in his crew. “We have so many memories and stories that we will never forget.”

During Roettger’s service, he was an aircraft commander. He was responsible for his craft and crew as well as how the planes were flown.

Roettger explained that when there was free time, they would play with the planes and just fly around. “I really lived life pretty fully,” said Roettger.

Roettger now helps coordinate and attends speaker programs at schools. “We bring artifacts as well as share our experiences, but most of the visit, we like to let students ask questions,” said Roettger.

Not only does he help students be informed about the military, but organizations he works with help past veterans talk about and cope with things they dealt with during their service that “they haven’t thought about for 30-50 years”.

Ernest Covington was another veteran that The Mav interviewed.

Covington served as an aircraft medevac for two years in Vietnam. His father was also in the military, which helped to guide him down the path of joining himself.

Being in the position of a medevac, Covington’s job was to use his helicopter as an ambulance and give medical attention to soldiers.

Covington was stationed at many different places, such as Vietnam, Iraq, and Germany.

During his time as a medevac, Covington used his free time to go out with his crew and take pictures on the camera he had brought from home.

One thing Covington took away from being in the military was “being able to question everything”.

Covington is now a part of the VVA (Vietnam Veterans of America).

As many expect, the military is a hard profession. Many sacrifices are made and countless lives are destroyed “I lost three close friends, which was very hard,” said Roetter.

Covington explained that the US didn’t want dead troops left in foreign lands: “We would receive dead bodies and limbs.”

Mead high school thanks all of the veterans for their service and sacrifice. As Al Roettger said near the end of our interview, “I don’t call it a sacrifice, I call it service.”