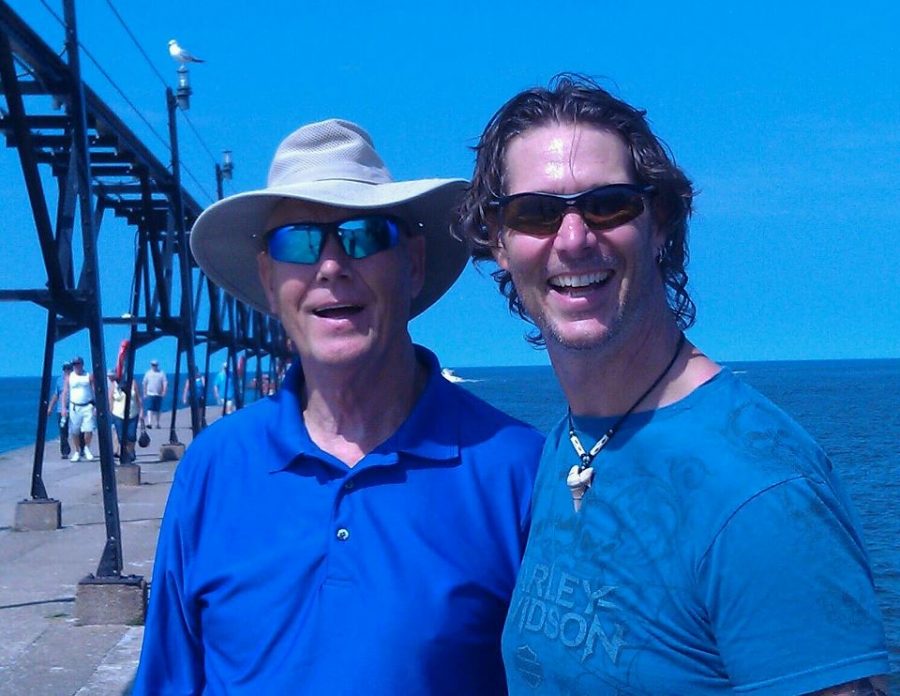 As part of The Mav‘s focus on veteran profiles in the week leading to Mead High’s annual Veteran’s Day assembly, I spoke with father and son Jerry and Jim Nieusma, two veterans from the Eastern United States that I have personally known for years.

Jim Nieusma is a retired military policeman in the United States Marine Corps. He served on Parris Island as well as in Illinois, North Carolina, Saudi Arabia, Kuwait, and Iraq. He was in the service from Apr. 1, 1985 to Apr. 19, 1991.

Jim joined the military because he wanted to be a policeman and “in Michigan you had to pay your own way to police academy”, but when he joined the United States Marine Corps, they paid him to be trained.

When asked what the biggest sacrifice was when he joined the Marines, Jim said that being away from family was the hardest part of it all.

As Jim reflected on his service, he reminisced about the time he was a military policeman on Parris Island.

“On one midnight shift, I found the museum unlocked. When I went inside to check the building, I turned on the lights. When I turned around, I drew my sidearm and almost shot a Marine holding a rifle. It was a mechanical mannequin that demonstrated the proper firing stance for off-hand rifle. At least after calming down, I didn’t need to change my pants…”

He strongly believes that “the military helps people learn teamwork, respect, and self-reliance. It is a great way for a young person to figure out what they want to do in life.”

Jim’s advice for future service members is to “stay in school, get your diploma, don’t get arrested, and don’t use drugs”.

Long before Jim joined the Marines, his father Jerry Nieusma was just starting what would be his 30 year career in the United States Navy.

Jerry began his journey in basic training at Camp Pendleton, California in the year 1966.

“In my senior year of dental school, an Army recruiter met with our class and said, ‘All of you who are not already signed up with the military will be drafted into the Army’,” explained Jerry.

Looking back, Jerry feels as though “[his] experience in the Navy was very profound personally, professionally, socially, and culturally”.

To those considering the military, Jerry said that “the military life can be confining if you allow it. Personal freedom and self development are available to the competitive individual.  Personal development is rewarded.”

He then continued to say that the military can be a great opportunity if you make it that way.

“I was able to become an Oral and Maxillofacial Surgeon certified by the American Board of OMFS.  I eventually Directed three of the five Navy training programs available during my career,” said Jerry.

It is clear to see that both of these men chose to join the military to serve the greater good. As we reflect on our history around Veterans Day, it is important to note that most veterans are glad they did what they did, even if they didn’t get recognition for it.