You know how you’re typing and in comes autocorrect, changing things to hilarious sayings that you didn’t mean whatsoever? Yeah. Fun. 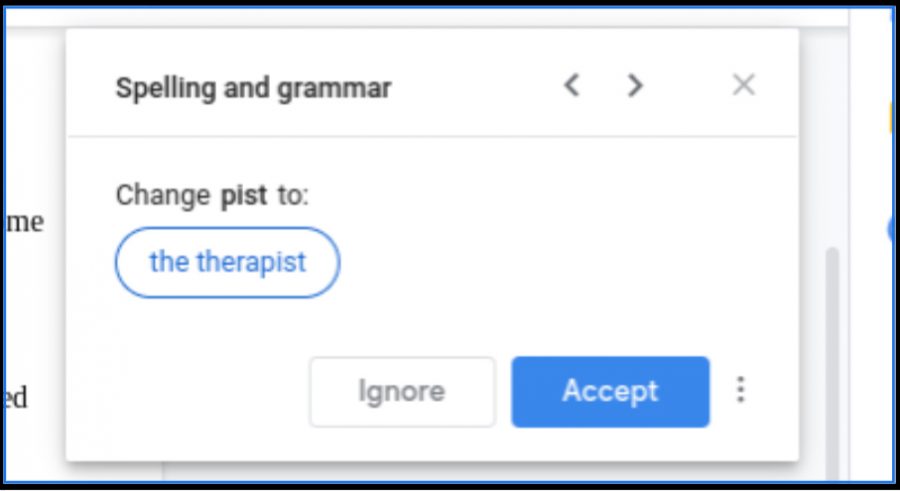 “I tried to text my mom I wanted Wendy’s and it said ‘I want weed’.” -- Alyssa Henry

Oh, autocorrect. It shows up on essays, in texts, in emails. It changes words and phrases to things that make us laugh and make us VERY confused. Oftentimes, autocorrect doesn’t really help besides flipping things into odd, hilarious phrases. It makes us wonder, “How did they get that out of what I typed?”

One of my teachers actually happens to call this wonderful tool the “autoINcorrect drunk elf”, which is fairly accurate.

I went out and asked people if they’ve had any interesting experiences with autocorrect. The answers I received were interesting alright.

Angel Dunn (‘23) had a memorable encounter with autocorrect as well. She said, “Instead of writing syndrome [it corrected to] ‘sin’ and ‘drum’.” In this case, Angel was actually receiving a text.

Alyssa mentioned another time where autocorrect ruined a text. She said, “I asked my mom to bring me toilet paper, and it autocorrected to ‘[can you bring me] two’.”

While autocorrect is often too helpful, there are times where autocorrect doesn’t do its job at all. It doesn’t correct words that are misspelled or phrases that make no sense.

Tyler Gibbs (‘20) had an incident like this during his time with a concussion. He was texting a friend and ended up sending “I hust my heas”, to which his friend replied, “I see”. Tyler continued by sending “Wow audt correct isn’t healpimg at all” and “I fryinf”. He ended the conversation with “I’m Rubin” and “That washroom evn flossed to what j was say d”. His friend continued to text back “I can tell” and “I think you need a doctor”.

I hope that these hilarious encounters with the drunk elf made your day. They definitely made mine! Autocorrect makes us smile and giggle. Even though it doesn’t always do its job correctly, at least it creates memories and encounters that we never forget.