Dr. Haddad is looking to lead one of the country’s largest districts 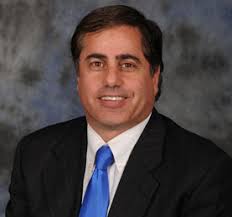 The superintendent for St Vrain Valley School District could soon be heading to a new job.

Dr. Don Haddad is one of three finalists for the superintendent job at Hillsborough County Public Schools, per the Longmont Times Call. The school district headquartered in Tampa, Florida, is the seventh largest in the U.S. with more than 215,000 students.

Their current superintendent is retiring.

The finalists for the job, including Dr. Haddad, are scheduled to interview on the 21st, and a decision is expected at the end of the interview process.

Per the Longmont Times Call, Dr. Haddad has previously applied for a position at a larger district. In 2018, he was among four finalists for the superintendent job at Clark County School District in Nevada, which is the nation’s fifth largest district. He was not chosen for the job.