Believe the hype for Disney+?

This service has given Disney millions of dollars, and more than 10 million users have signed up, but does the app really deserve the numbers? 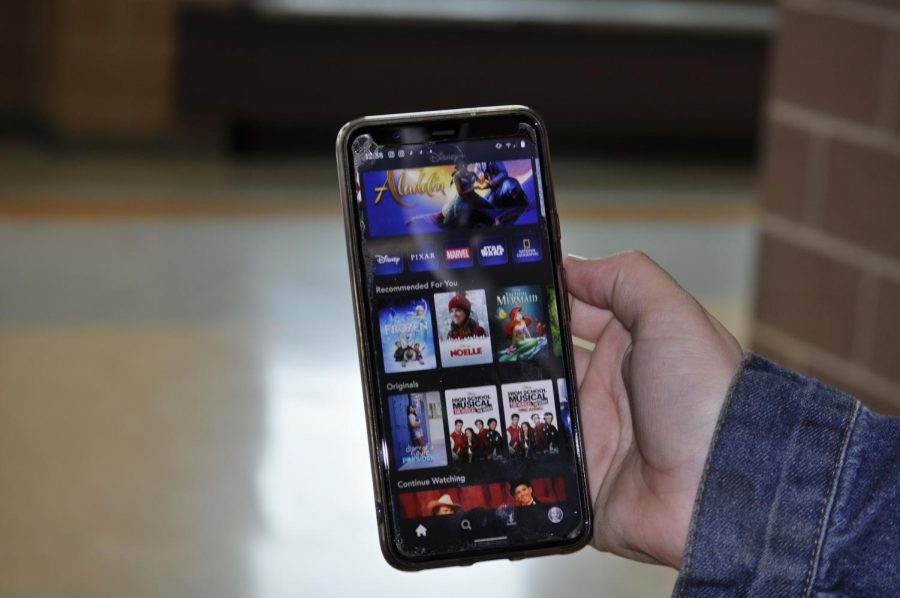 Student scrolling through Disney+ on their phone.

A few months have passed since Disney+ was released on November 12, 2019. By now, Disney+ has gained over 24 million subscribers in the U.S. alone.

With the overwhelming popularity of the app, many people are wondering how Disney+ compares to the success of other streaming services such as Netflix.

This app gained about 10 million subscribers in its first day accessible to users. Its success has supposedly led 5.8 percent (roughly 1.1 million users) to unsubscribe from Netflix as of November 2019, according to the Hollywood Reporter.

Netflix has accumulated 158.3 million subscriptions globally since its release, while Disney+ has yet to expand its services to Western Europe.

Disney+ gained the expected 20 million users by the end of 2019 and could surpass its estimated 60 to 90 million global subscriptions by 2024.

A subscription is rather cheap at $7 a month or $70 a year compared to Netflix’s $13 a month. Disney+, however, has many fan-favorite Disney and Pixar movies along with Marvel, Star Wars, and National Geographic films.

Despite only being out for two months, Disney+ has gained popularity and given Netflix a run for its money. But the numbers do not necessarily speak for the opinions of the consumers.

Student Emily Perna (’23) got Disney+ during its first release, and she is “half and half” when it comes to its comparison against Netflix. She tends to watch Netflix but is fond of Disney+ because “it’s [got] all of your childhood stuff”.

Perna, along with 19.4 million people, is a duel subscriber to Netflix and Disney+.

Rebecca Murray (21’) said, “ I grew up with Disney shows, but I don’t always want to watch them. I think Netflix has a better variety because it’s not all kid shows or grown adult shows. It has more in the middle, so I think they are equal.”

Your opinion on Disney+ is primarily based on your preferences with genres. Disney+ has reached millions around the world with its fun and memorable content and will most likely continue to grow. Answering if Disney+ is really worth it can be a tricky question, but it is one that you can answer yourself using the provided seven-day free trial.