The team also recognized their seniors during senior night 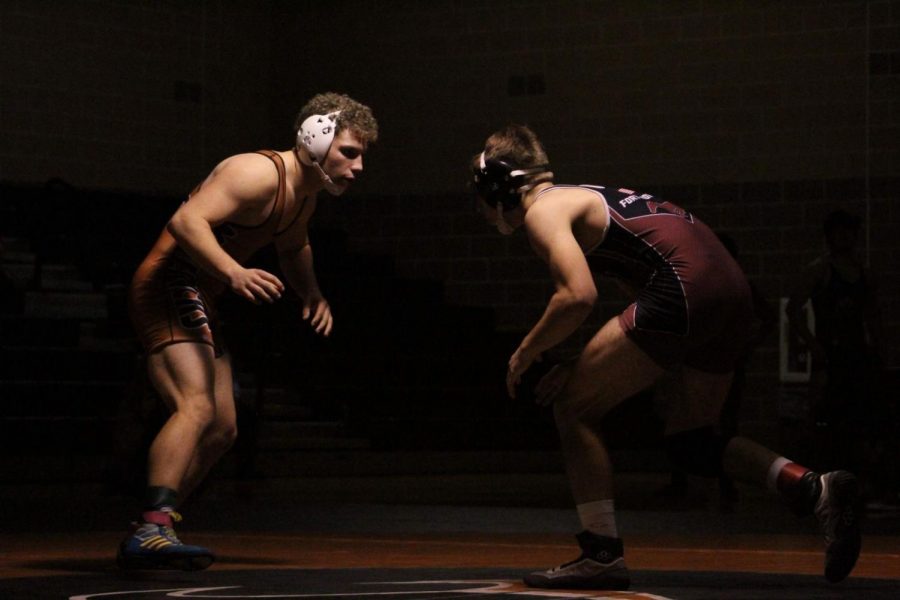 On January 31, Mead’s Varsity Wrestling team went head to head with Holy Family. Despite the strong opponents, the team was able to pull off a strong win of 54 to 14.

“We have some really strong wrestlers, we really have been working hard in the past week,” said Jacob Gordon (‘23).

Before the match, Mead gave recognition to all seniors on the team.

Head Coach Ty Tatham stood by his team that night to cheer them on along with friends and family.

“We’re moving in the right direction; everybody is working hard and has a good attitude. The last few matches have been really good for us,” said Tatham.

With all of Varsity’s wins within the last week of January, Mead is sad to see senior wrestlers go but wishes them the best.