Take a journey with me through Tyler’s music. 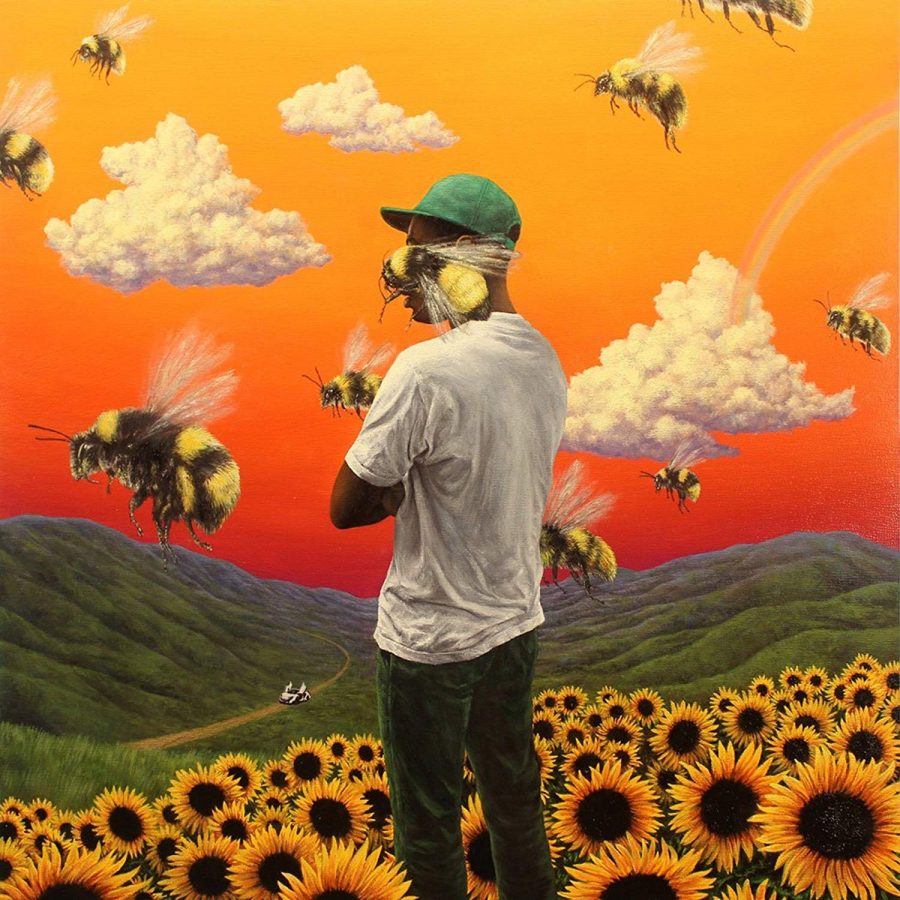 Have you ever thought, “Dang there are so many music genres out there, there’s no way that I could listen to all of them, let alone enjoy them.” I have definitely thought it was impossible for one person to love every genre of music, but that was before I met my friend Tyler Rotunno. Not only does he love every genre, but he religiously listens to them. One of his longest playlists is 24 hours long. In my opinion, for the few songs I’ve been able to listen to, this is one of the best playlists I’ve ever heard.

Tyler Rotunno or “Ty Ty Rav” is a sophomore at Mead High School. I met him this year in journalism. I’m not the closest to Tyler, but I know him enough to know that we are very similar. We have similar tastes in music and we both love to write poetry, short stories, and vignettes. Our first interaction was in journalism when we were in the same group and I was talking about poetry and his eyes lit up with excitement to interrupt that he also wrote poetry. We geeked out for 10 minutes with conversations of metaphors and imagery. We have shared our work with each other and have provided criticisms as well as support.

As I said before, Tyler loves every genre and I’m not kidding. I have never listened to a more diverse playlist. At first, it seems like a normal playlist with Tyler, the Creator, Joji, and other artists, but then Slipknot is screaming in your ear, so you skip the song (or at least I do) and the next song is the calmest song I’ve ever heard. There’s also rap, country, indie, alternative, pop, hip hop, R&B, grunge, and more.

He explained to me that, “at a young age, [he was] exposed to different types of music.” He listens to the same songs he listened to when he was 5- or 6-years old. If he listens to a playlist of his favorite songs, like the playlist he made me, the song that plays could either be a song he heard 10 years ago or yesterday. What I find interesting is that he doesn’t have a favorite genre. He said that he loves bedroom pop, which is more of an aesthetic than a genre. Bedroom pop is music that sounds like it was made in somebody’s room. Most of the songs that are considered “bedroom pop”  are about relationships which he enjoys and can relate to because he himself is in a relationship. Since he has multiple favorite genres, he also has multiple favorite albums.

His favorite album is “Flower Boy” by Tyler, the Creator because he has an emotional attachment to it. It reminds him of the summer. He explained that this album makes him think that “No feeling is forever.” It reflects his life and his diverse taste. He doesn’t have the same friend group as others, meaning that he wanders. He can be friends with the geeks as well as the jocks or the emo kids. His personality and his ability to become friends with so many people reflect his music taste and his playlist. Tyler said, “I’m not bound down to any specific title or group. I am just me.” He doesn’t care who songs are by, he listens to them because he likes them. He doesn’t look at someone who’s listening to someone who’s popular and think, “Oh, they’re popular, I should listen to them so that I fit in.” He enjoys being himself and not tied down by others’ opinions.

Tyler listens to the music that he does because of the message. He said, “It really connects to me.” He finds something he likes and listens to it for a week. He said that that song “creates a reminder for who [he is], and makes [him] proud of who [he is].” Music is really important to Tyler because he has played the guitar since third grade. Ever since he could play, he has been obsessed with music and has even written a few songs of his own. “[Writing] lets me get out how I’m feeling,” he explained.

He has also seen people who have gotten emotional, stressed or mad and have turned to drugs or alcohol to deal with their problems. He says that he never has done that because his biggest stress relief is turning the lights off in his room, laying in his bed and listening to a calming, mellow song. His favorite artists he listens to calm him down are Joji and Mac DeMarco. He said, “It creates a positive stress relief.”

His best memories of his childhood are when country music was playing in the background. He doesn’t have any particular memory, just whenever he thinks of happy memory, country music was playing. His favorite song is “Velvet Light” by Jakob Ogawa. The song is about a guy dropping his girlfriend off at her house and having their first kiss. He said, “It makes me feel like a kid.”

In my opinion, Tyler has great taste in music. He has such a different range of music but it’s mostly all genres that I enjoy. I love indie, alternative, rock, and rap. It’s really interesting because he has introduced me to artists like Tyler, the Creator, and Joji that I’ve heard of before but haven’t listened to. I have found new artists and songs through his playlist. Also, when he talked about how some songs feel like summer, late nights with friends and sitting by the campfire, I found that I related to that so much. Sometimes when I listen to a song, especially calming, mellow songs, like songs by Joji, or Catfish and the Bottleman, I see colors related to the song, along with feelings and even a scene. There were songs that Tyler showed me by Joji on Soundcloud that gave me a feeling of sitting in a purple bedroom just laying down on black sheets. One of the songs on his playlist, “For alli:)” is “Yeah Right” by Joji. It’s so calming and it chills me out.

It is so easy to get lost in the ocean of different genres of Tyler’s music. One moment you’re on top of the world and the next you’re drowning. It’s messy and tricky and none of his music makes any sense. It is wacky, emotional, cringy, and even out there, but it perfectly matches his personality. Music plays such a huge role in his life by just relating to the lyrics or just chilling out after a long day. I could bop for hours listening to Tyler’s music just to chill out and create fantasies for myself based on the sound and lyrics of his music. It’s magical when you listen to a song that transports you to another place that’s much better than this life.

I hope that as you listen to Tyler’s music, you can transport with me into a world where distractions, sadness, and worries of the world disappear for a few moments.

Check out Tyler’s playlist For alli 🙂 to find your next Mav hit.