This fatal virus has come back for another round, but now it’s more than just lethargic teenage behavior 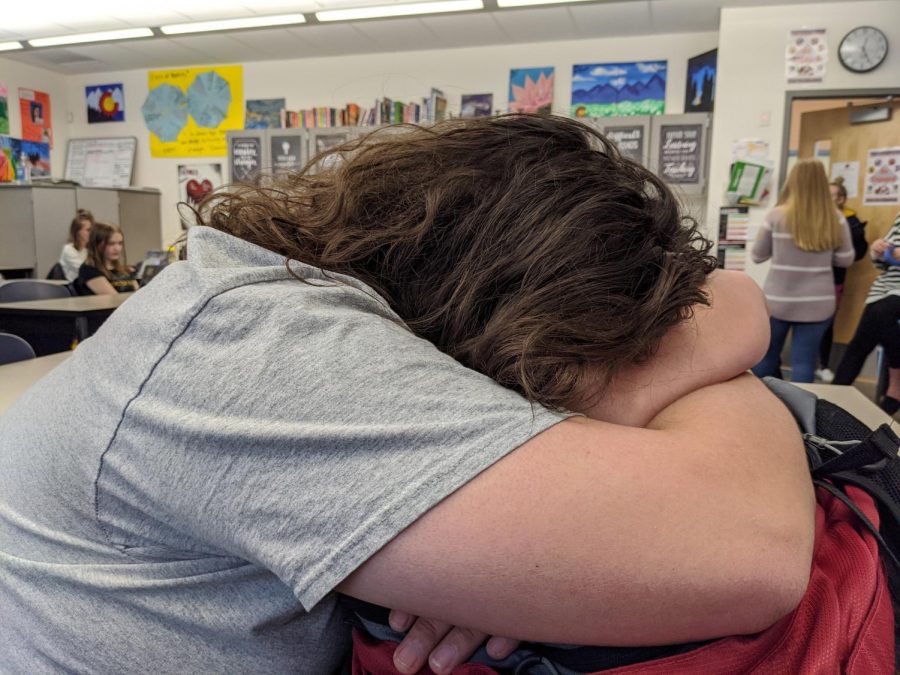 Senior falls asleep in class due to the effects of Senioritis.

Step aside coronavirus — there’s a new deadly disease in town that goes by the name of Senioritis.

Senioritis tends to start spreading at the beginning of each school year, and the majority of the victims are 17- and 18-year-olds currently attending high school. This virus often disguises itself as laziness and exhaustion, making it difficult for family, friends, and doctors to spot early on.

There are three total stages of Senioritis, each more severe than the previous. During stage one, victims generally experience slumping of shoulders, increased tiredness, and a lack of interest in school. This is often noted but ignored by adults and mentors. Once a senior moves into stage two, they start to outwardly express their distress.

Meadson Schoolton experienced this stage with his older sister, Elizamead Schoolton, and said, “She was always saying things like, ‘No, anything but school!’ and ‘Why is second semester so long?!’” Meadson continued by saying that Elizamead often broke down into tears afterward. He concluded with, “Once she started wearing sweatpants to school and falling asleep in class, I knew it was over.”

Stage three of Senioritis is known as the “whatever” stage. This is surprisingly connected with a sense of calm within the victim. Dr. John Doe Doctor has studied this specific stage for almost two full years and has come to the conclusion that “They simply don’t care anymore.”

He said, “Being marked absent or failing a test becomes irrelevant.”

Up until the 2019-2020 Senioritis epidemic, doctors couldn’t seem to find a cure for this deadly virus. But now, there seems to be hope. After millions of dollars and years of research, scientists and doctors have found a single cure. This cure is known as graduation, a time where all seniors in a high school are given their diplomas and released into the big, wide world.

As Senioritis continues to spread throughout high schools all around the world, we can only hope that these teenagers will make it to graduation in one piece.

If you know someone suffering from extreme Senioritis and you do not believe they will successfully make it to graduation, please get help immediately. This is a very serious matter as lives and futures are at stake.