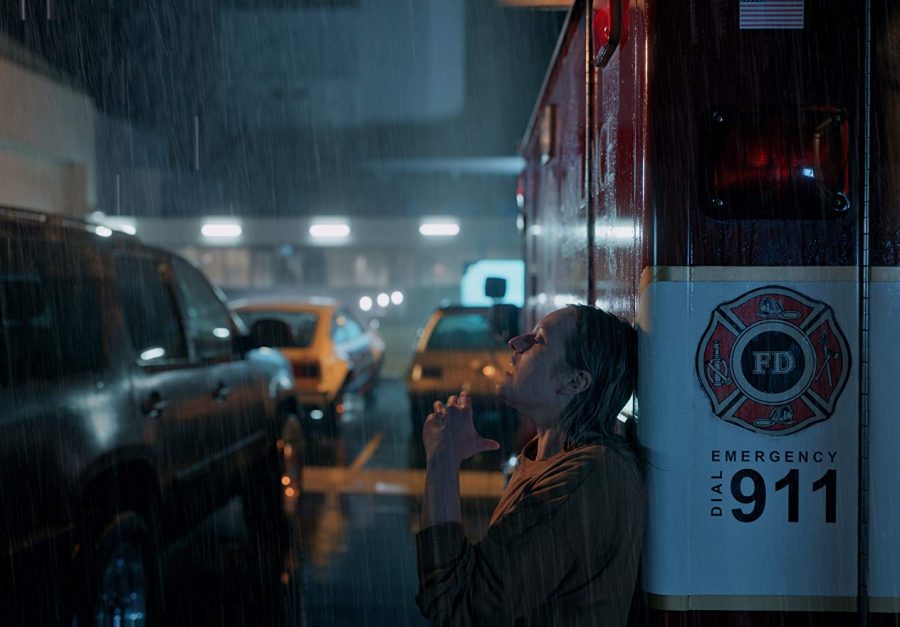 Where do I even start with this movie? The Invisible Man had everything I could ask for in a movie and more. It is easily my favorite horror/thriller movie now (Us (2019) comes in a close second) because I loved literally everything about this movie. Elizabeth Moss’s performance was absolutely insane, the visual effects were fantastic, and the way the soundtrack complemented the horror aspects of the movie made everything come together in an entertaining yet terrifying way.

Moss’s character, Cecilia Kass, starts off the film with a quick escape from her abusive boyfriend’s house (Adrian Griffin played by Oliver Jackson-Cohen) with the help of her sister. (Quick side note; it is never explicitly shown that Adrian is abusive, but Moss’s performance in the opening scene is enough to tell that she is not safe and very scared). Soon after she’s away and in a safe place, she learns that Adrian had committed suicide. For a brief period, and I mean like 2 scenes, she feels normal and convinced he’s really gone. Then, she starts to doubt everything.

Strange things happen to her and she’s constantly feeling like someone is watching her…and we are made to think that too! One amazing thing that the director did to help put us in the mindset of Cecilia, and to feel her paranoia, was panning the camera into blank corners and just sitting there. Like, mid-conversation, out of the blue it just pans away from the focus of the scene and shows us nothing. Is someone in that corner? Is someone walking towards the camera and we just can’t see? Clearly, this is intentional right? (That’s when our paranoia as an audience kicks in).

In an interview with the director, Leigh Whannell, he said “The audience just bought a ticket to a movie called The Invisible Man. So any empty space I show them, they’re going to be suspicious of it.” And he absolutely plays that idea throughout the course of the film. Many times I swear I saw something move out of the corner of my eye, like something on a shelf, but then I second guess myself…and then I second guess myself again because maybe I did see something? I don’t know, but I definitely felt tense the entire time I was in that theater. Whannell did a fantastic job of bringing that feeling of horror alive visually, as well as in the theater.

Speaking of visuals, I loved how this movie tackled the “fight” scenes between Cecilia and something that we couldn’t see. The first fight seemed kind of goofy, as she was fighting literally nothing, but (without giving too much away), after certain events transpire…we begin to see more and more of this invisible man torturing Cecilia. The CGI for the invisible man was definitely the most terrifying part of this movie. The way we sometimes see him appear is extremely scary and created some unsuspecting jumpscares.

Historically, horror movies tend to do worse at the box office than most other genres. And typically movies at the beginning of the new year have little to no success. But, with The Invisible Man taking home a whopping $29 million (on only a $7 million budget), horror could not have started off the year any better! This huge success for Universal and Blumhouse will hopefully greenlight future projects (and hopefully involving Whannell) involving original horror characters. I have high hopes for the future of horror/thriller this year. Some of my most anticipated movies of the genre are A Quiet Place Part II, Woman In The Window, and Antebellum.