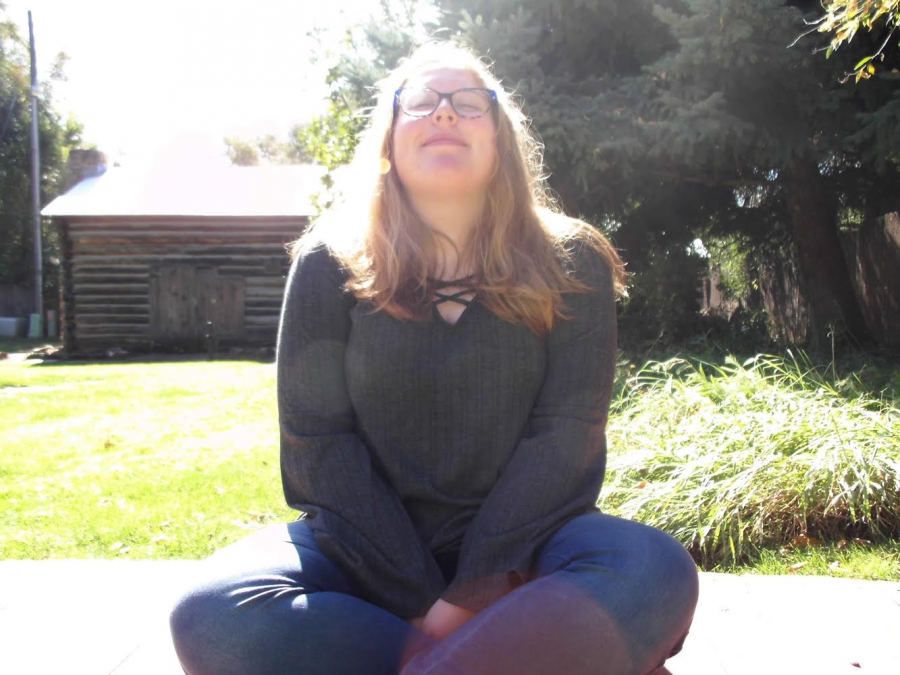 “I am really afraid of growing up and changing, but I am so excited to see all of the amazing things my friends will do,” says Molly Caylor.

Where are they going?: Molly Caylor

Molly Caylor, a friendly student whom you will almost always find with a smile on her face, is looking forward to her future despite how scary it feels.

Even though Caylor is not certain of what she wants out of the college experience, she is planning to attend Portland State University to study environmental science and energy science. As of now, her plan is to learn as much as she can in the fields that she is most interested in.

Although Caylor isn’t quite sure that she could make a career out of band, she says that if she had the opportunity to join a marching band again she would.

Another one of her interests is “saving the planet and making it a better place for future generations.”

Like most of her peers, Caylor is not looking forward to separating from her friends.

“Leaving the friendships that I have made these past four years is what makes leaving high school scary. Both the friends I have made in the Energy Academy and the marching band have become somewhat of a second family, and when I think back on my time in high school, I will think of it fondly because of these people and the experiences we shared,” says Caylor.

While looking back on her last few years of school, she reflects on the good times she’s had at Mead High.

“My sophomore year I was given the opportunity to travel to Montana with a handful of other Energy Academy students,” says Caylor.

“I remember playing blackjack with the four other students until around 3 a.m., all of us knowing we had to get up in a few hours to catch our flight home.”

If Caylor could do high school over again, she doesn’t think that she would. With this being said, one thing she would do differently is getting involved with Unified and the special education classroom earlier on. Even though she didn’t start until she was an upperclassman, she is still “grateful even for that opportunity. They never fail to bring a smile to [her] face, even on the hardest of days.”

Finally, as she looks forward to her future, she explains how fortunate she feels to have met “some truly exceptional people during [her] time in high school.”

“I just know so many of them will go on to do such great things. I can’t wait to say ‘I told you so’ to all of the people that have doubted their capabilities,” says Caylor.