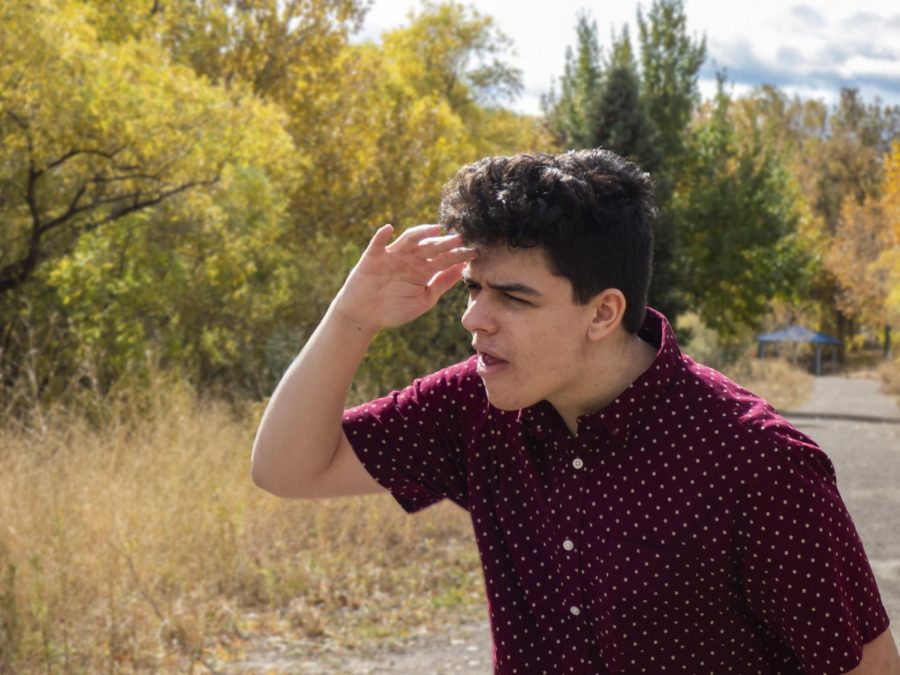 Jarom looking for his bright future ahead of him.

Where are they going?: Jarom Diaz

There are only a few months left of high school for seniors. So many people are ready to go out during the summer days and go on adventures. Seniors are ready to graduate and start a new journey in their life. Their life as a high schooler is coming to an end and many couldn’t be more excited. One of the seniors who’s excited to go out into the world and graduate is Jarom Diaz.

Diaz was accepted into Brigham Young University in Idaho on December 10, 2019. Diaz had been looking at colleges for months before deciding where he wanted to go. He also got emails from a variety of schools interested in having him apply to their schools because of his high SAT score. He wasn’t interested in any of them because of how crazy expensive each of the colleges was and became annoyed with all of the emails they sent them.

Some of these colleges were Abilene Christian University, Furman University, and the University of Portland. Finally, in the middle of November after thinking and pondering over it for a while, he decided to apply to BYU-I. He chose BYU because of how cheap it was and he was excited to have the independence that going off to college brings.

When he arrives at BYU, Diaz wants to study mechanical engineering, specifically with robots. He wants to work with robots because “robots are part of our future.” He described his perfect life as “accidentally stumbling on something amazing and never having to work again.”

Diaz isn’t passionate about engineering but he wants to have a job where he gets paid well and he can work with his hands. He loves fidgeting with cameras, making short films, or fixing computers.

When asked about his favorite high school memory, Diaz said that he loved orchestra concerts because “…it’s fun to show people what you’ve been working on.” And when I asked him which teacher made an impact on him, he said that Mrs. Warren did. He loves Mrs. Warren’s free spirit in the classroom. He said she showed that “…not everything has to be set in stone.”

If Diaz could go back and redo high school, all the dances, moving schools, AP calculus, staying up late to finish a project, and all the hardships, he said he would. He would still spend one year at Frederick to have the friends he does now. He’d do it over, try harder.

Diaz ended with some advice to others planning on going to college: “talk to other people who have been through it and don’t procrastinate it too long.”