What’s so wrong with Wikipedia? (Opinion)

Wikipedia can be a reliable, credible, and helpful source for many students 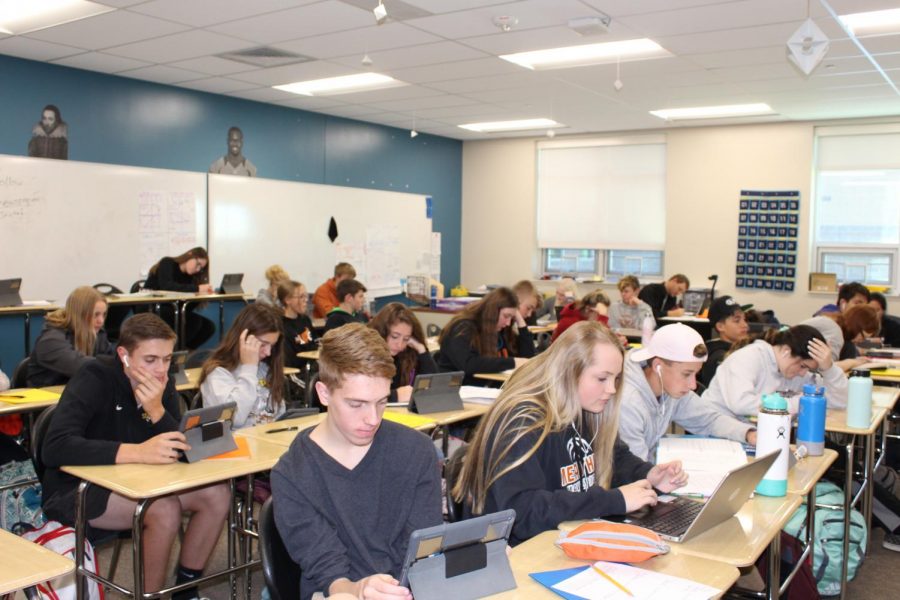 Wikipedia doesn't have to be a source we completely avoid.

Many are very quick to hate on the free informational website known as Wikipedia. It’s been considered an unreliable source and frowned upon by teachers, instructors, and even students. But why? What makes people automatically assume that you shouldn’t use Wikipedia, or that 100 percent of the information there is false?

The main point that Wikipedia-haters tend to focus on is that anyone can add things to Wikipedia, making it easier for false or assumed information to be shared.

Wikipedia was built as an online encyclopedia that anyone with internet access can edit. This is because the main goal of Wikipedia is to “help create a world in which everyone can freely share in the sum of all knowledge”, according to their “About Us” page. False information can be caught, and Wikipedia has stressed that they will help stop specific edits that disrupt or vandalize the webpage.

Anything published on Wikipedia is required to be verifiable using a different published and reliable source, whether online or physical. Wikipedia clearly states that “opinions, beliefs, and unreviewed research will not remain [on their webpage]”. They continue by mentioning that any edits can easily be undone by experienced editors who are “watching to ensure that edits are improvements”, as opposed to them being unhelpful or incorrect.

Wikipedia does acknowledge that there will be misinformation from time to time within some of the pages. However, they also point out that the longer a page is up, the more time experienced editors have to look over the information and correct any issues.

Additionally, bigger ideas and concepts that are put onto Wikipedia are often under a protection system where only registered and established users can edit the page. This helps prevent vandalism and the adding of false information.

You can also view the history of Wikipedia pages and undo any incorrect edits that you find. This is only suggested if you’re absolutely sure that something is incorrect. Make sure you do your research before undoing anyone else’s edits. If an experienced editor finds that the information is correct, they’ll fix it as well.

There are also programs such as the WikiProject Biography, which has the goal of going through all the biographies in Wikipedia and assessing whether they are correct or not. They can score different pages according to a credibility and quality scale, which you can also check out on the tabs of most of the biography pages. Their scale informs you whether the page is a “list, stub, start, C, B, GA, A, FL, or FA”. Each of these “grades” are explained on their quality scale page.

I can honestly understand why some people believe that Wikipedia is an unreliable source. I will not deny that some of their information is incorrect. However, I can say that the vast majority of major topics and concepts have proved to be edited, credible, and up-to-date.

I simply feel that people have developed a negative bias towards Wikipedia that I (and many other students) do not appreciate. What is wrong with using it as a source for your research, especially for something as small as a definition or the date of a famous author’s death? It doesn’t have to be your primary source, and most likely shouldn’t, but why can’t we use it at all?

As soon as a student lists Wikipedia in their “resources and links” slide of a presentation, their work is automatically assumed to be irrelevant or false.

I do not understand why we hear the words “make sure you don’t use Wikipedia” or “use any source but Wikipedia” so much in class.

Obviously, we shouldn’t be using Wikipedia as our only source, but that is the case with every source out there. You should always be branching out, learning more, and fact-checking.

There will always be incorrect information on such an open source. But it’s been proven that the major examples of this are the exception, not the rule.

It may be surprising how close the average quality of a Wikipedia entry is to some of the more popular and “more reliable” encyclopedias. In a study posted by the Nature Research Journals, they had experts examine a total of 42 different entries in Wikipedia and in Encyclopedia Britannica. The experts “revealed numerous errors in both encyclopedias”, but after reviewing all 42 entries, “the difference in accuracy was not particularly great: the average science entry in Wikipedia contained around four inaccuracies; Britannica, about three”. Additionally, technology has allowed more and more people to edit Wikipedia pages significantly quicker than other encyclopedias (such as Britannica), making it easier to catch mistakes. Once an encyclopedia is finished, it is difficult to let experts fact-check afterwards.

The article also mentioned that in a survey of 1,000 Nature Research Journals authors, 17 percent of them regularly consulted Wikipedia to answer questions they had. Even the experts are checking Wikipedia.

Furthermore, in an Emerald Insight study, Wikipedia was found to have nearly an 80 percent accuracy rate.

It is also important to mention that most larger concept pages on Wikipedia are edited by enthusiasts who genuinely care about factual information.

Despite the negative stigma it has developed, Wikipedia has grown into the largest reference website in the world, bringing in approximately 1.5 billion visitors every single month.

Wikipedia is underneath a nonprofit called Wikimedia, which aims to offer free educational content to people with internet access all around the world. Personally, I think that this is such an incredible and inspirational company with an admirable goal. They’ve worked so hard to get programs like Wikipedia, Wiktionary, and Wikibooks accessible to almost everyone. I know just how important knowledge and education are and how many people all around the world don’t have access to other forms of educational content. The Wikimedia programs help a large percentage of these people learn. Even if they don’t have internet access at home, there are parks and libraries that offer free WiFi.

Wikipedia has earned itself some respect, so why not give it a chance?