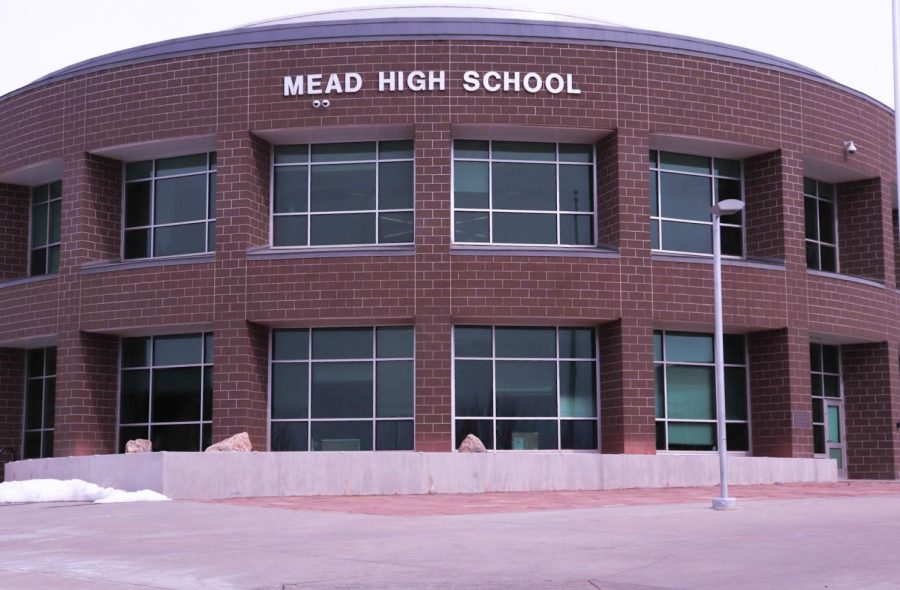 COVID-19 is a respiratory illness that can be mild and dealt with at home or severe and can require hospitalization or even result in death. The latest list of symptoms include fever, cough, and shortness of breath and can appear from about 2-14 days after being exposed to the virus.

Students weigh in on the question of guns in schools (Opinion)

In President Donald Trump’s first formal policy response after the Parkland shooting, he called for the arming of teachers, according to Guardian News. As a result, many states and school districts are now weighing the pros and cons of giving teachers guns.

Why we shouldn’t arm teachers

After thorough research, many parents, students, states, and school districts believe that many of the risks of armed teachers outweigh the possible rewards. The majority of the problems that arise from arming teachers cannot be easily fixed with the limited resources of the state and school districts.

Mrs. Cassie Sonnenberg, an English teacher at Mead, expressed that if the opportunity were to arise, she wouldn’t want to be one of the armed teachers, saying, “It is not the solution to the problem.”

Many wonder how much training the teachers would be required to have and if, in the end, it would be enough to fulfill the purpose of why they were armed.

Practical Firearm Trainings, a highly respected firearm academy, explains that law enforcement officers spend months in training, are put through extensive drills, and are put to the test every day in their careers based on making split-second decisions, dealing with mentally ill people, treating wounds, and responding to conflicts under stress.

The 24- to 48-hour courses that teachers who are currently armed have taken are not nearly enough. Just knowing how to fire a gun does not mean that you will be prepared to deal with all other aspects of a school shooting.

Another main problem with arming teachers is where funding for the basic training and the new liability insurance that they would definitely need would come from.

According to Practical Firearms Trainings, the average gun training course costs $300 per person per day. Ammunition and handguns are not cheap in the slightest. The added cost of liability insurance that school districts would need in order to protect themselves from a lawsuit in case of an accident would skyrocket when more schools arm teachers.

With options limited as far as covering costs, it seems teachers would foot the bill; however, districts and schools can’t be expected to take on the price. To schools that have to only have four-day weeks because they can’t afford to run for five days, arming teachers is out of the question. We also can’t expect taxpayers to cover the costs. In a 2018 survey done by Gallup of 497 K-12 teachers, 73% said that they are against arming teachers. With such a large amount of the profession that doesn’t agree with it, why would taxpayers spend more money to set it into action? No funding method seems to work.

When schools are selecting teachers who will carry, what credentials will differentiate between who is fit to carry and who is not fit to carry? Schools are not capable of determining the future actions of teachers based on a background check or training. When a certain group of teachers is chosen over another group, there could be a discriminatory element. There is no fool-proof way of determining who is fit to carry on school premises and who is not, so why would we possibly take that risk?

Likewise, an issue when arming teachers is the possibility of the gun landing in the wrong hands.  What if a student or an unarmed member of the staff somehow retrieves the gun and uses it against the school? What if a teacher lashes out and uses their gun against their misbehaving classroom? What protocol would the school then follow to take care of the problem? They couldn’t expect another armed teacher to take care of their colleagues. They would have to call in law enforcement to apprehend the threat, making the job of law enforcement harder and putting students, law enforcement, and staff members in immediate danger. It would be an extreme risk to assume that when we arm teachers that the firearm will not end up in the wrong hands.

When arming teachers, there is also be the possibility of interference that may occur with law enforcement in the case of a school shooting. When law enforcement receives word of a school shooting, they have a very specific protocol to follow. According to Police Chief Magazine, law enforcement immediately secure the site and work with members of the school to assess safe entrances and meeting places among a hundred other things. They might mistake friendly fire from teachers as the threat and shoot and kill a teacher. Or, contrarily, a teacher may mistake a member of law enforcement as the threat. A teacher may be aiming for the threat, but in the heat of the moment, they might misfire and shoot a student and kill the student.

Not only is the family of the student suffering immensely, the teacher is also then making the job of law enforcement harder as they try to distinguish who the threat is and to help the student. In the case of a school shooting, we need to make the job of the trained, experienced individuals as easy as possible so that they may easily identify and apprehend the threat so that no students are harmed.

Mrs. Rachael Ayers, the principal of Mead High, agreed, saying that she wouldn’t want to be armed and wouldn’t support a movement for teachers at Mead to be armed.

It would be a gross injustice to everyone in the educational system to not address the extreme risks that come with arming teachers. The purpose of arming teachers would be to protect students and to make the jobs of law enforcement easier, but it would really do the exact opposite. 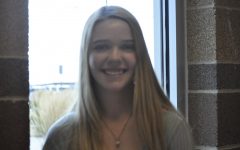 Lauren Larson enjoys watching scary movies, Mexican food, and hanging out with friends. She is looking forward to learning more about Mead High School through the Journalism class.

Why we should arm teachers

Consider the following scenario: An armed perpetrator enters a child’s school with the intent to destroy a kid’s life. While doing so, they open fire on a classroom―probably the first one they see―and they do so without pause. Not too long later, the shooting stops, but lives are taken. Trauma ensues. Suffering overthrows the families.

We all know the story. Parkland. Sandy Hook. Columbine. These have become tragic reminders of the harm others can inflict on the innocent.

At the moment a man or woman enters a school with the intent to kill, they could do a good deal of harm, but if there is someone to protect the students with a firearm, the chances of death could decrease.

Many schools started allowing their teachers to carry firearms on school campuses after the Parkland shooting. According to CBS News, “In 2010, a gun wielding man walked into a school board meeting, eventually firing right at Bill Husfelt [a Superintendent] and others. He missed and was shot by a security guard before taking his own life.”

Husfelt mentioned in the same article that his understanding of violence changed when he became a victim. He realized he wanted to be able to protect himself. Teachers would probably feel the same way as Husfelt when facing a dangerous situation.

A 34-year-old Ohio Special Education teacher, according to Kalhan Rosenblatt of NBC News, said, “My students are my kids, basically, and I want to be able to protect them just like I would protect my own son.” When a teacher like this is allowed to carry, she gives her students and all the students at her school a chance to go home to their parents.

Many schools in Florida have been successful in allowing teachers to carry after they go through the right procedures. In order for these teachers to have a gun on school campuses, they have to go through a “background check, psychological exam and more than 140 hours of range training”, said the aforementioned CBS News article.

In a speech by President Donald Trump after the Parkland shooting, he stated “[I] agree that armed teachers with training and experience who ‘love their students’ might be better able to protect them in an active shooting scenario than an armed police officer.”

When a teacher has their range training and is comfortable with their gun, it only takes one shot to injure a shooter to where they can’t fire a gun but aren’t dead either.

Ironically, when schools call the cops, they are hoping that someone comes with a gun to protect them from the intruder. “Even people who say, ‘We don’t want guns in our schools,’ well, when an event happens, you’re calling the police and you’re hoping they bring guns,” said Jim Irvine, president of the Buckeye Firearms Foundation, according to NBC news.

There is even an anonymous teacher here at Mead High School who feels that it could be an option in schools. This teacher did mention that it should definitely not be the first option that comes to mind but that self-defense techniques can be used to fight back. This teacher also said they feel the new SRO (Student Resource Officer) is committed to MHS and the safety of students, but nevertheless, they did mention teachers carrying as an option.

With all of this said, consider the scenario we started out with: an armed perpetrator enters a child’s classroom… do we really want them to have all of the power? 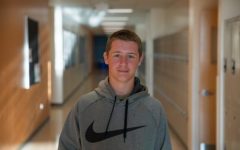